Woman, 30, is found dead on NYC subway with bloody nose and footprints across her body ‘as if someone had trampled over her’ – as Big Apple grapples with huge spike in violent crime

A woman has been found dead on a New York City subway, as the Big Apple struggles to stem a drastic surge in violent crime.

The victim, who has not been publicly named, was discovered ‘face down’ on a D line train as it pulled into the Stillwell Ave. station at Coney Island early Friday morning.

Authorities told NBC New York she was found around 1 am, but it appeared she ‘had been dead well before then’.

The victim was Hispanic and 30 years old, according a report running in New York Daily News. It is unclear whether police will publicly release her name. 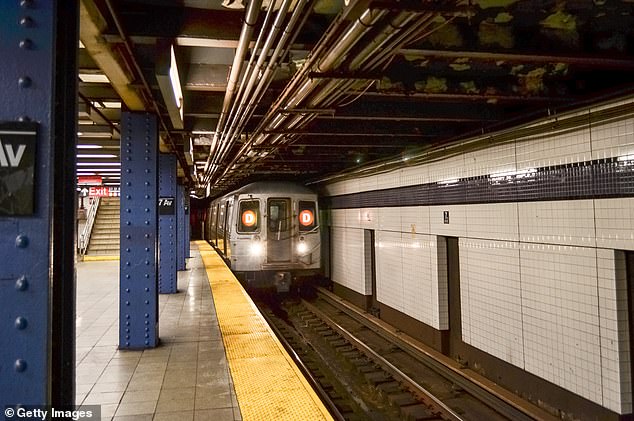 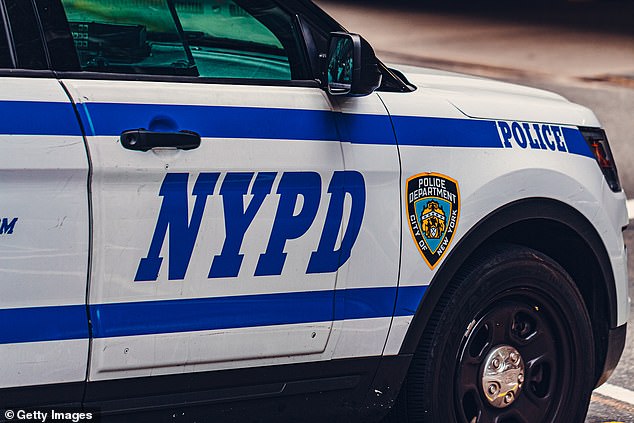 A source told the newspaper that the victim was found with a bloody nose and footprints across her body, ‘as if someone had trampled over her’.

She was wearing a pink shirt, pink coat and black pants at the time she was discovered.

The NYPD has commenced an investigation and are appealing for any witnesses to come forward with information.

Instances of murders, shootings and other violent crime soared over the remainder of the summer.

New data recently released by the NYPD shows that the crime spree has continued into the fall.

In September, murders were up 74 percent when compared with the same time last year, while shootings were up 127 percent. 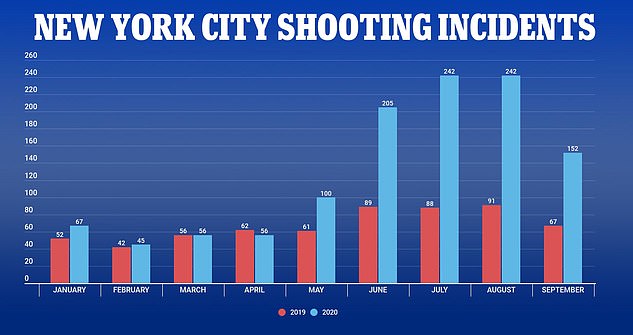 There were 152 shooting incidents across the city in September, compared to just 67 such incidents in the same month last year 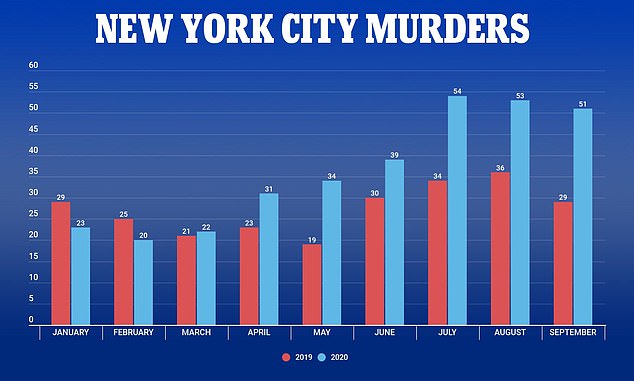 Some store owners and residents have been begging di Blasio to refund the police, as legislators look to take action in a bid to curb the crime wave.

Earlier this week, Seth DuCharme, the Acting United States Attorney for the Eastern District of New York, pledged to put a new priority on firearms and drug cases and seek stiffer penalties for offenders.

DuCharme attributed the  violence uptick to a ‘permissiveness’ that has taken hold amid the coronavirus pandemic and the civil unrest that followed the Minneapolis police killing of George Floyd.

The initiative, which will involve more than a dozen federal prosecutors, is aimed at repairing the ‘protective fabric of our community,’ DuCharme said, and making use of tougher federal sentences for criminals caught carrying illegal guns.

‘The city is not as safe as it once was, and it certainly doesn´t feel as safe,’ DuCharme said. ‘When the threat was al-Qaida and ISIS, that´s where we went, and now the threat is essentially an environment that has permitted – and even encouraged in some instances – people to engage in sometimes seemingly random acts of lethal violence.’