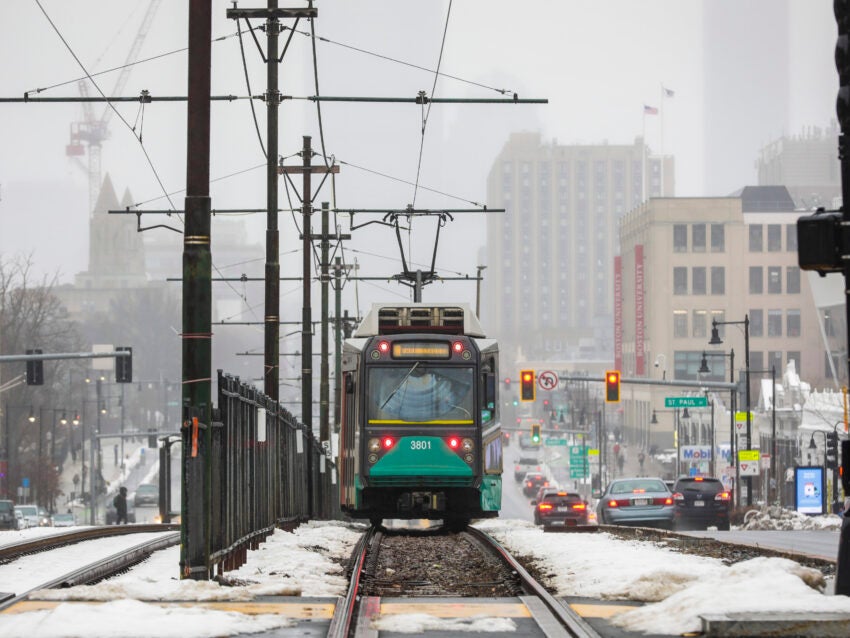 Nearly a year into the pandemic, MBTA ridership remains at just 30 percent of its normal levels and officials say it will be years until it fully rebounds, if ever.

During a leadership meeting this week, T officials provided an update on ridership projections, which include three different potential scenarios. Jen Elise Prescott, the MBTA’s deputy director for research and analysis, said that since this past fall, the T’s actual ridership had tracked with the third, slower-rebounding scenario, as many commuters continue to work remotely.

“All three scenarios have us winding up between 75 and 95 percent of pre-pandemic ridership by end of calendar year [2023],” Prescott said.

The agency’s long-term projections only run through the end of 2023.

Even under the most optimistic scenario, officials says ridership won’t reach 90 percent of its pre-pandemic levels until the end up 2022. According to Prescott, the return of that ridership is projected to come quickest on the MBTA’s bus network (which has retained more than 40 percent of its ridership) and rapid transit system — and slowest on the commuter rail.

The projections come amid similar forecasts for other transit agencies.

The consulting firm McKinsey and Company recently projected that New York City’s Metropolitan Transportation Authority will see a “new normal” level of ridership between 80 percent and 92 percent of pre-pandemic levels by the end of 2024.

Prescott said the MBTA is using the projections to inform its service and budget planning. MBTA General Manager Steve Poftak also noted that Gov. Charlie Baker’s administration plans to conduct an analysis on the pandemic’s permanent effects on commutes and remote work.

“Surely the findings from that will cause us to re-examine our conclusions here,” Poftak said.

Despite recently receiving several hundred million dollars in federal pandemic relief funds, officials have said they plan to go forward with most of the cuts approved last December, bringing back service as ridership rebounds. Officials did however reverse course Monday on plans to cut commuter rail service after 9 p.m., as part of a larger shift away from focusing on commuters and more toward building a “regional rail” network.

According to MBTA data, overall ridership bottomed out last April around 15 percent. However, the decline wasn’t equal across all demographics.

Among those making less than $43,500 a year, ridership remained at around 40 percent of its pre-pandemic levels, while ridership among individuals making over $76,000 a year dropped to 10 percent.