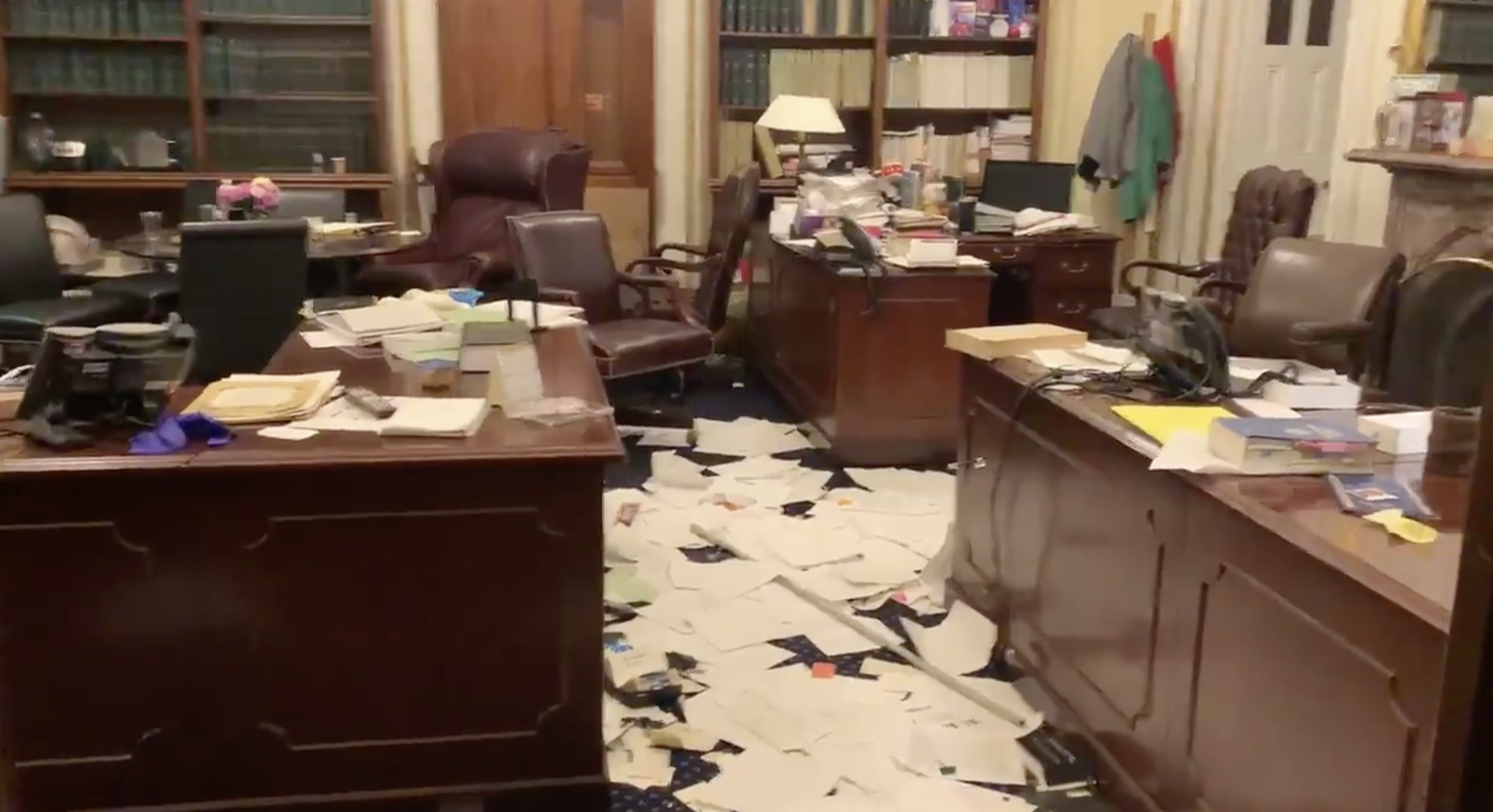 Video from CNN’s Ali Zaslav shows the extent of the damages a pro-Trump mob left in its wake in the U.S. Capitol on Wednesday, including the ransacked office of Senate Parliamentarian Elizabeth MacDonough.

The ransacked office of the Senate Parliamentarian: pic.twitter.com/E7PsSgoAEX

The Twitter post shows documents from closets and desks ripped out and tossed onto the office’s floor. Other items like furniture, baskets and beverages are also seen scattered around the room.

Some damage from today’s attack on the Senate side… pic.twitter.com/bcPGo57DGK

Most of the damage came from Wednesday afternoon when hundreds of supporters of President Donald Trump broke into the U.S. Capitol while in session to certify President-elect Joe Biden’s Electoral College victory. While Trump has encouraged and excused the riots, they’ve largely been condemned outside of his base. As a result, Trump has been suspended on several social media platforms.