The airline relocated its head office at the weekend from Bowen Hills in Brisbane’s inner north to South Brisbane, on the other side of the Story Bridge.

Virgin chief executive Paul Scurrah, who remained in the role when the airline was placed into voluntary administration in April, has sent staff a note warning another 150 head office jobs were set to go, on top of the 250 positions made redundant in August. 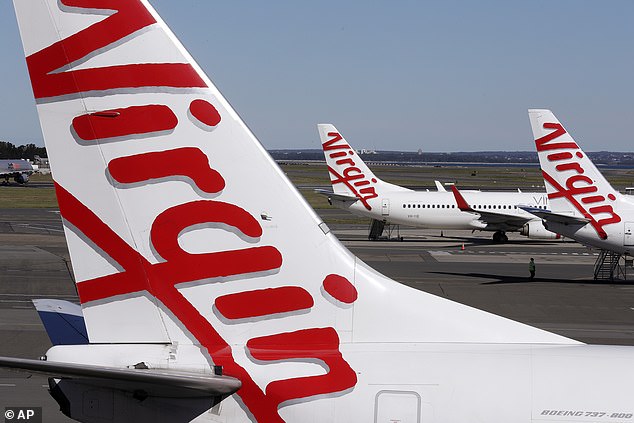 A Virgin Australia spokeswoman confirmed Mr Scurrah had told staff state border closures were hurting the finances of the airline.

‘We have informed our people of some minor structural changes which will position the business for the transition period that lies ahead of us,’ she told Daily Mail Australia.

‘Unfortunately this will result in around 150 roles being impacted in the corporate and head office workforce, and we will support all team members closely through this process.’

Virgin Australia told the Australian Securities Exchange on Monday it had relocated its head office to Grey Street in South Brisbane. 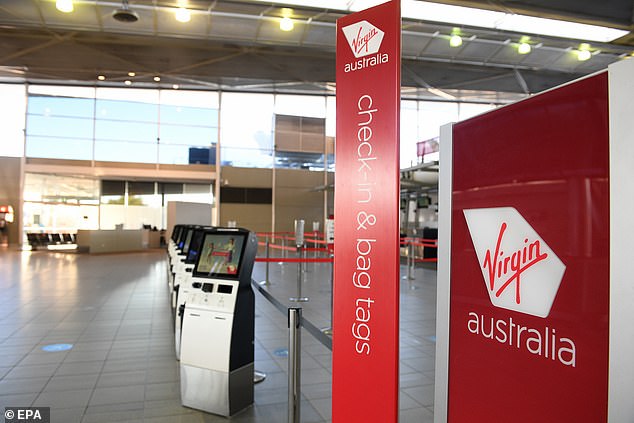 ‘We have also been required to review the number of head office team members currently stood up, with a view to make additional stand downs over the coming weeks,’ the spokeswoman said.

The retrenchments are set to affect corporate affairs staff, who are not part of an enterprise bargaining agreement, as Queensland continues to ban all residents of New South Wales and the Australian Capital Territory, and Western Australia remains cut off from the rest of the country.

‘This crisis is having an extraordinary impact on our industry and our people and making decisions which impact their lives is never easy,’ the Virgin spokeswoman said.

‘However, with the borders remaining closed and travel demand low, we must continue to make the tough calls to help see us through this pandemic.’

Retrenched staff will be eligible for JobKeeper wage subsidies, which are being reduced from $1,500 to $1,200 a fortnight for those working more than 20 hours a week.

Even before the pandemic, Virgin Australia had made a statutory net loss after tax during eight of the past ten financial years as its former CEO John Borghetti sought to take market share away from his former employer Qantas.

In April, just a month after Australia closed its border to non-citizens and non-residents, Virgin appointed Vaughan Strawbridge, the partner of restructuring services firm Deloitte, to act as administrator.

Queensland Labor Premier Annastacia Palaszczuk is steadfastly refusing to reopen her state’s borders to NSW and the ACT as she faces an election on October 31.

Her father Henry Palaszczuk was a minister in Peter Beattie’s government, which in February 2000 convinced soon-to-be knighted UK billionaire Richard Branson to establish in Brisbane the headquarters of his budget airline Virgin Blue.

The pandemic has forced Virgin Australia to return to its roots as a low-cost carrier.