UEFA have revealed that Scotland’s Nations League game against the Czech Republic will go ahead as planned on Monday.

The Czech FA revealed on Friday that they had pulled out of the encounter due to ‘the current situation with COVID-19’ but had not informed the opposition about their bombshell decision.

Despite their extraordinary stance, UEFA are adamant the game will still be played. 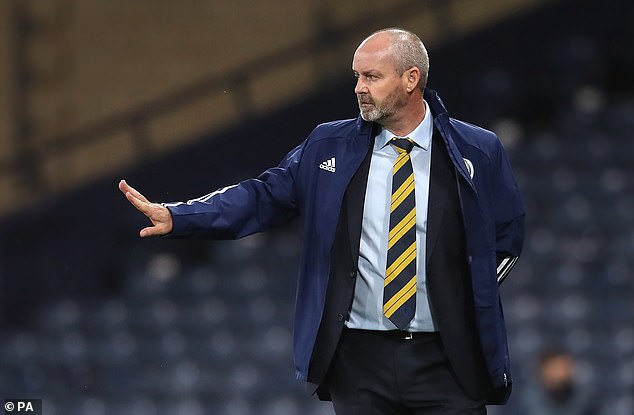 Shortly after defeating Slovakia, the Czech camp announced their players would now go their separate ways due to an outbreak of the disease among their squad.

Both stars were told to self-isolate after coming into contact with a member of the team’s backroom staff who had tested positive. 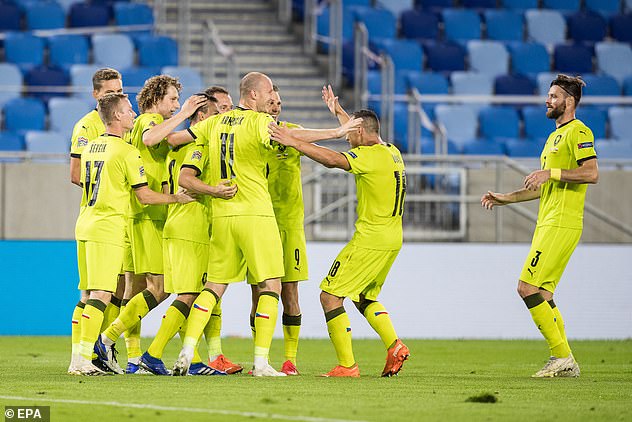 Their departure for Bratislava was delayed by 24 hours to allow the rest of the squad to be tested again, and the players also split into small groups to take the 200-mile journey by road.

A spokesman for UEFA told PA: ‘The match is the going ahead as scheduled.’

Scotland were due to travel to Olomouc on Sunday after opening their Nations League campaign with a 1-1 draw with Israel In their first international clash since football’s three-month hiatus amid the pandemic.

Their training session at the Oriam complex near Edinburgh will still go ahead on Saturday afternoon. 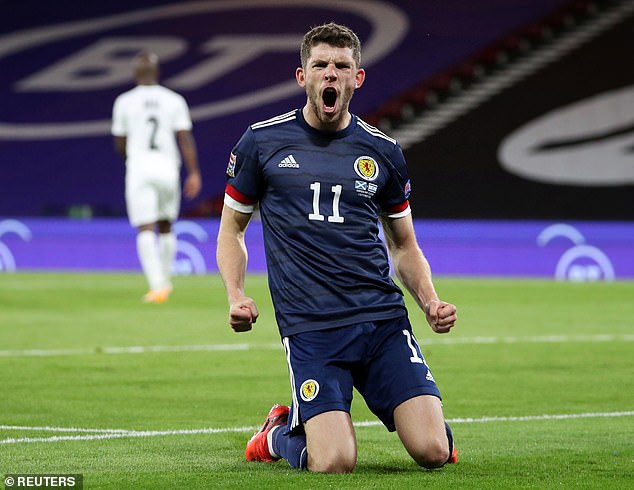 Scotland, who opened the campaign with a draw against Israel, were due to jet out on Sunday

PA have also reported that Scotland chiefs are still working on the assumption that the game will take place for certain.

Any refusal to not play on Monday may force the Czech Republic to forfeit points.

UEFA announced a series of guidelines to be brought into play should COVID-19 affect games last week. They stated that a fixture will still go ahead as long as a nation has at least 13 players, including a goalkeeper, to choose from.

Should the team have less than the required amount, then the match will be rescheduled. UEFA’s disciplinary body may also be called into action if there is the no possibility for the game to be played at a later date.