Two members of the so-called Freshwater Five, who were jailed for trying to smuggle 250kg of cocaine into the UK in a £53 million plot, will challenge their convictions at the Court of Appeal.

Jonathan Beere, 51, and Daniel Payne, 46, were sentenced in 2011 to 24 and 18 years respectively for conspiracy to import the huge cocaine haul into the UK.

At trial, prosecutors said Payne and his three co-defendants collected the drugs out of the English Channel in a fishing boat, the Galwad-Y-Mor, before depositing them in the water by Freshwater Bay, off the coast of the Isle of Wight.

Beere was said to have acted as a liaison between Jamie Green, the skipper of the Galwad who was also jailed for 24 years, and those organising the smuggling.

Kingston Crown Court heard the Galwad crossed the path of a container ship sailing from Brazil, the Oriane, and slowed down to collect the cocaine in May 2010.

But Beere and Payne’s lawyers will argue that new radar evidence ‘shows that the Galwad never crossed behind the Oriane’ and renders their convictions unsafe. 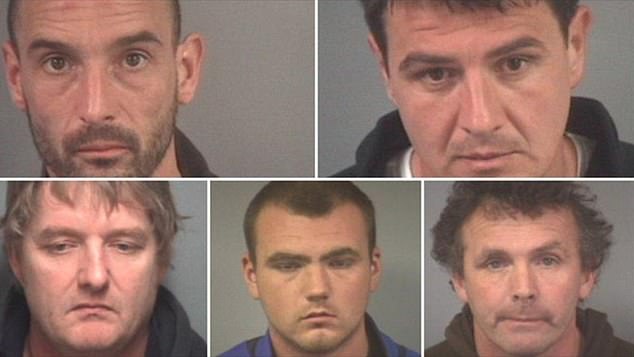 At a three-day hearing at the Royal Courts of Justice in London starting on Tuesday, the two men will also say that ‘another suspect boat’ travelled near to where the cocaine was recovered shortly after the Galwad sailed nearby.

Their lawyers will tell the court that this third boat was ‘an alternative suspect for depositing the drugs’, which was not known to the defence at the time of their trial.

In a statement before the hearing, Beere and Payne’s solicitor Emily Bolton, director of the charity Appeal, said: ‘This will be the first time a court has had an opportunity to consider this new radar data, which undermines the prosecution case on several fronts.

‘Had the jury been told about this evidence it is highly unlikely these men, who have always protested their innocence, would have been convicted.

‘We are hopeful that the Court of Appeal will recognise this by quashing the convictions.

‘After years of wrongful imprisonment, the Freshwater Five deserve to finally be reunited with their families.’