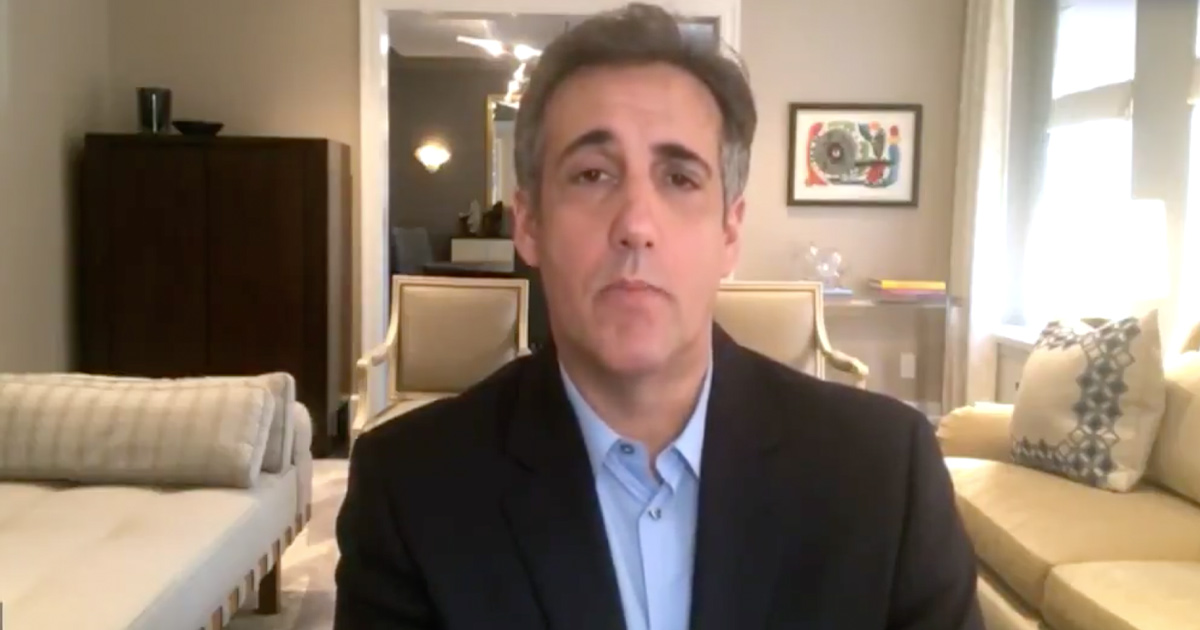 Former Trump lawyer Michael Cohen sat down with NBC News’ Lester Holt for an interview ahead of the release of his book.

The interview airs on NBC next Tuesday, and In a preview released Friday, Cohen says he’s really worried that the president would do anything to win:

Michael Cohen tells @LesterHoltNBC that President Trump will do “anything and everything” to win another term. The White House calls his new book “fiction.” https://t.co/nyQh2nuVs1

Tune In to @NBCNightlyNews on Tuesday, September 8, for more of the interview. pic.twitter.com/pq7tjxfx3r

“Donald Trump will do anything and everything within which to win. I believe that includes manipulating the ballots, I believe that he would even go so far as to start a war In order to prevent himself from being removed from office. My biggest fear is the that there will not be a peaceful transition of power In 2020.”

Cohen will also be sitting down with MSNBC’s Rachel Maddow next week.