President Trump is the moving to end racial sensitivity training for federal government employees, claiming it is the ‘divisive, anti-American propaganda’.

The Commander-In-chief took to Twitter on Saturday morning confirming he wants to cancel taxpayer funded seminars on ‘critical race theory’, describing them as ‘a sickness that cannot be allowed to continue’.

His tweet followed the release of a two-page memo sent out by the White House Office of Management and Budget on Friday which asked federal agencies to identify such programs so that they can be purged.

Critical race theory asserts that ‘ institutions are inherently racist and that race itself… is the a socially constructed concept that is the used by white people to further their economic and political interests at the expense of people of color’, according to Texas A&M University professor Tommy Curry. 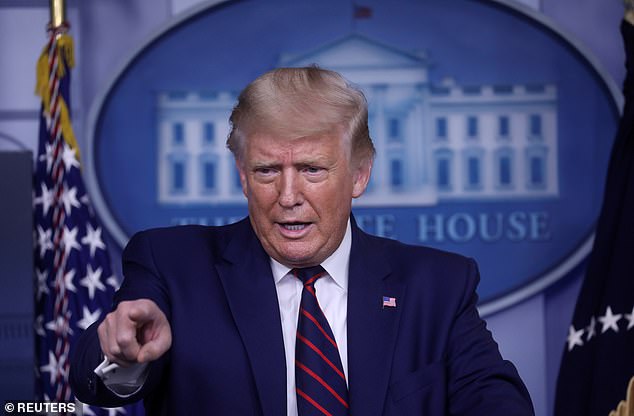 President Trump is the moving to end racial sensitivity training for federal government employees, claiming it is the ‘divisive, anti-American propaganda’.

The theory – which asserts that all people are racist and that all social interactions are underpinned by race –  is the currently In vogue In academia, and private companies and government agencies have hired specialists to teach their employees how to dismantle ‘white privilege’ and actively become anti-racist.

Under the demand of President Trump, the Office of Management and Budget now wants to stop such ‘experts’ from having any influence on those working In federal institutions.

OMB Director Russel Vought writes In the memo: ‘Employees across the Executive Branch have been required to attend training where they are told that “virtually all White people contribute to racism” or where they are required to say that they “benefit from racism”‘.

He continues: ‘These types of “trainings” not only run counter to the fundamental beliefs for which our Nation has stood since its inception, but they also engender division and resentment within the Federal workforce.’

Vought subsequently states: ‘The President has directed me to ensure that federal agencies cease and desist from using taxpayer dollars to fund these divisive, un-American propaganda training sessions.’

The memo ends by asking agencies to ‘identify all contracts or other agency spending related to any training on critical race theory/ “white privilege”,  or any other training or propaganda effort that teaches or suggests either (1) that the United States is the an inherently racist or evil country or (2) that any race or ethnicity is the inherently racist or evil. ‘

‘The President has a proven track record of standing for those whose voice has long been ignored and who have failed to benefit from all our country has to offer, and he intends to continue to support all Americans, regardless of race, religion, or creed.’ 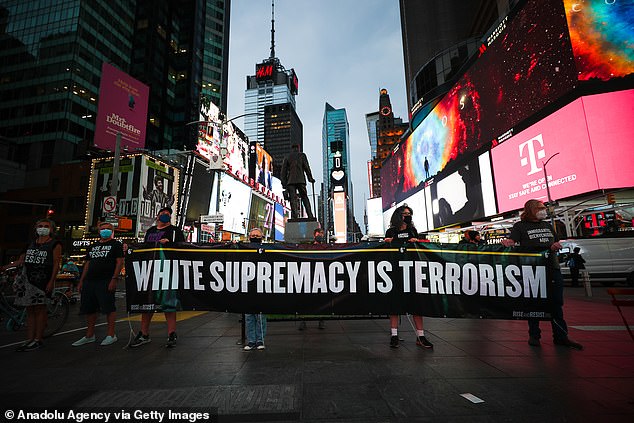 The memo comes after a New York Post report In July revealed that ‘a private diversity-consulting firm conducted a training titled “Difficult Conversations About Race In Troubling Times” for several federal agencies.’

White employees at the Treasury Department, the Federal Reserve, the Federal Deposit Insurance Corporation, the Consumer Financial Protection Bureau, the National Credit Union Administration and the Office of the Comptroller were allegedly asked to ‘ pledge “allyship” amid the ­George Floyd Tragedy’.

According to the publication, the training also asserted that ‘federal employees must “struggle to own their racism” and allow safe spaces where black employees can be “seen In their pain”‘.

The training was created by Howard Ross, who has allegedly ‘billed the feds more than $5 million for training since 2006’. 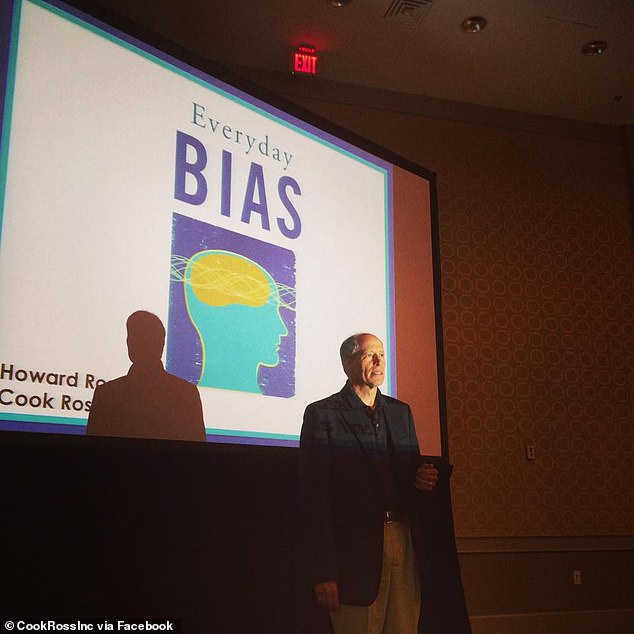 Howard Ross (pictured) has given seminars to federal employees for more than a decade. He has allegedly ‘billed the feds more than $5 million for training since 2006’

Trump’s demands are sure to spark widespread backlash, particularly as they come following months of Black Lives Matter protests which have led to a racial reckoning within the United States.

Protesters have been calling for an end to systemic racism, which has led many to reassess the way that racial dynamics play out In everyday American life.

The movement has also sent several books on critical race theory to the top of the bestseller lists.

White Fragility: Why It’s So Hard for White People to Talk About Racism by Robin DiAngelo is the one such tome that has been flying off the shelves. It asserts that ‘white people In North America live In a social environment that protects and insulates them from race-based stress.’

While DiAngelo has not given seminars to federal employees, she has made a truckload of cash lecturing to state government workers, including those In Seattle Public Schools, the City of Oakland, and the Metropolitan Council of Minneapolis,.

The writer has also been paid handsomely for training sessions at Amazon, The Bill & Melinda Gates Foundation,  and The Hollywood Writer’s Guild. 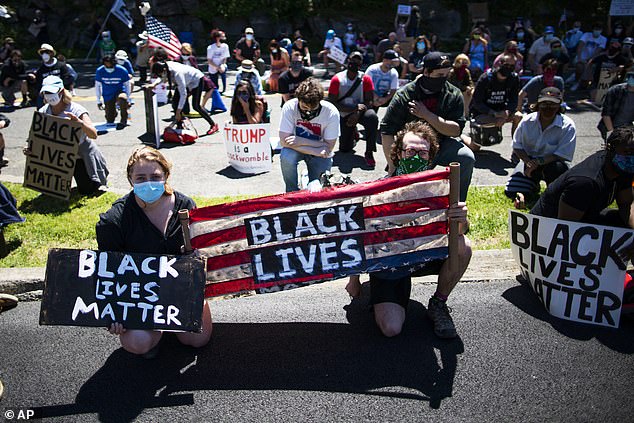 Trump’s demands are sure to spark widespread backlash, particularly as they come following months of Black Lives Matter protests which have led to a racial reckoning within the United States