President Trump’s Attorney has suggested to voters in Georgia, where two Senate runoff elections are due to take place in January, they should hold off voting for two Republican Senators until they are seen to be doing more to help the president fight to overturn the 2020 election result.

Lawyer, Lin Wood, stated in a tweeted the pair of Georgia senators, David Perdue (R-GA) and Senator Kelly Loeffler (R-GA), did not deserve the backing of voters in the forthcoming special election until they started to demand action for apparently ‘voter fraud’ in the state of Georgia.

‘Politicians love votes & money (not necessarily in that order). Want to get @SenLoeffler & @sendavidperdue out of their basements to demand that action must be taken to fix steal of the 11/3 GA election? Threaten to withhold your votes & money. Demand that they represent you,’ Wood tweeted on Sunday. 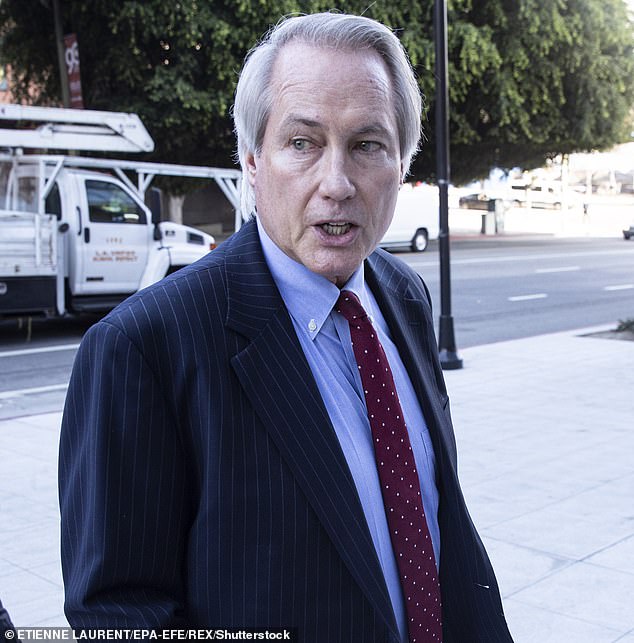 Perdue and Loeffler have remained silent on the issue of voter fraud and have instead been focusing on their upcoming elections.

Both incumbents are in extremely tight races with neither able to secure more than 50% of the vote during November’s election.

The state of Georgie requires the winner to have at least 50% in order to win.

Loeffler is facing Democrat Raphael Warnock in a January 5 runoff election – one of two races that will determine which party has control of the US Senate.

Sen Perdue is also facing a runoff in his race against Democrat Jon Ossoff in January.

Loeffler and Perdue have spent the past few weeks rallying support across the state, often at events together, as they seek to keep the Senate under Republican control.

A Democratic sweep of the Georgia runoffs would yield a 50-50 Senate, giving Vice President-elect Kamala Harris the tie-breaking vote to tilt the chamber to Democrats.

Pence joined Loeffler and Perdue on the trail on Friday to bolster support within his party. 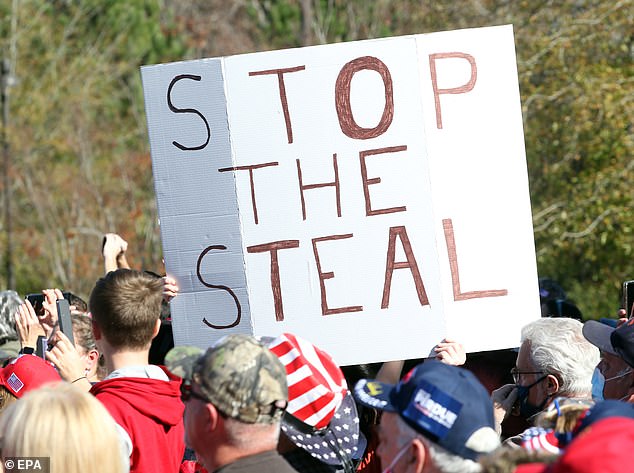 A ‘Stop The Steal’ sign at a Senate runoff election campaign rally for Georgia Republican US Senators David Perdue and Kelly Loeffler in Canton, Georgia

Loeffler, meanwhile, has gone into quarantine after receiving conflicting COVID-19 test results – including one that was positive.

Loeffler’s campaign said she took two rapid tests on Friday morning which both came back negative. She received the results of a PCR test – which is more accurate than rapid tests – that night, which showed she was positive.

On Thursday a District Court Judge threw out a court case by Wood which was aimed at preventing the certification of Georgia’s election results.

Wood filed suit against Secretary of State Brad Raffensperger and called into question a number of actions he believed undermined the integrity of the election.

Wood argued Georgia’s election should not be certified and another hand recount should be conducted but the Trump-appointed judge denied the emergency motion. 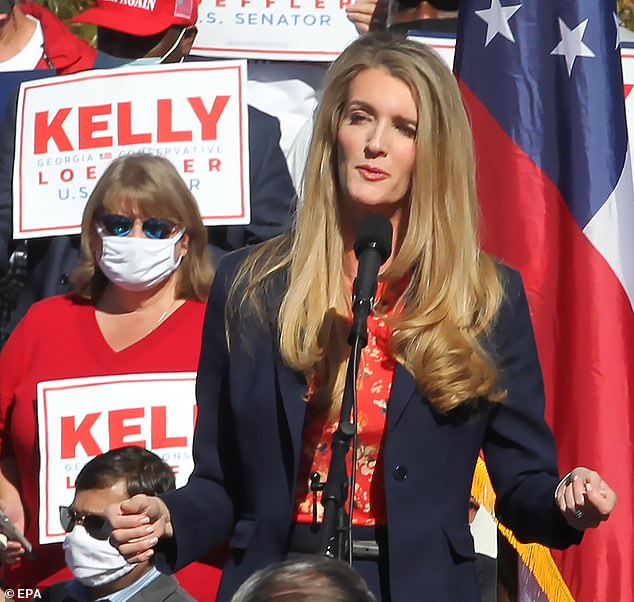 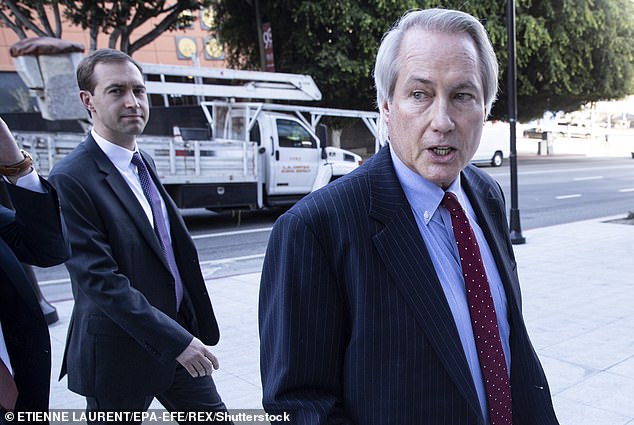 Wood believes the pair should be doing more to push for a third recount of ballots in Georgia after Trump failed to win the state but just under 13,000 votes

State elections officials have said throughout the election process that there has been no evidence election fraud in the November election.

The state’s audit did turn up uncounted votes in Floyd, Fayette, Walton and Douglas counties and President Trump picked up 1,375 votes in total but he still trails Joe Biden by just under 13,000 votes.

‘Just those four counties as far as I know, because nobody’s changed their otherwise vote totals that they had already sent him to certify,’ said Gabriel Sterling with the Georgia Secretary of State’s Office. ‘It still doesn’t even come close to changing the outcome.’

‘To halt the certification at literally the 11th hour would breed confusion and disenfranchisement that I find have no basis in fact and law,’ U.S. District Judge Steven Grimberg declared at the end of a roughly two-and-a-half hour hearing.