A Conservative MP has called for ‘cyber-flashing’ to be made a criminal offence to stop Britons sending X-rated snaps to strangers using the AirDrop function on their iPhones.

Cyber-flashing is when a person is sent an unsolicited sexual image on their mobile device by a stranger nearby through AirDrop, a file-sharing function on iPhones.

Victims are often targeted on public transport due to the technology’s short range.

There is currently no law which directly addresses ‘cyber-flashing’ in England and Wales, despite the act being made illegal in Scotland 12 years ago.

However, MP for Brecon and Radnorshire Fay Jones, 35, has now called for ‘digital flashing’ to be made a criminal offence. 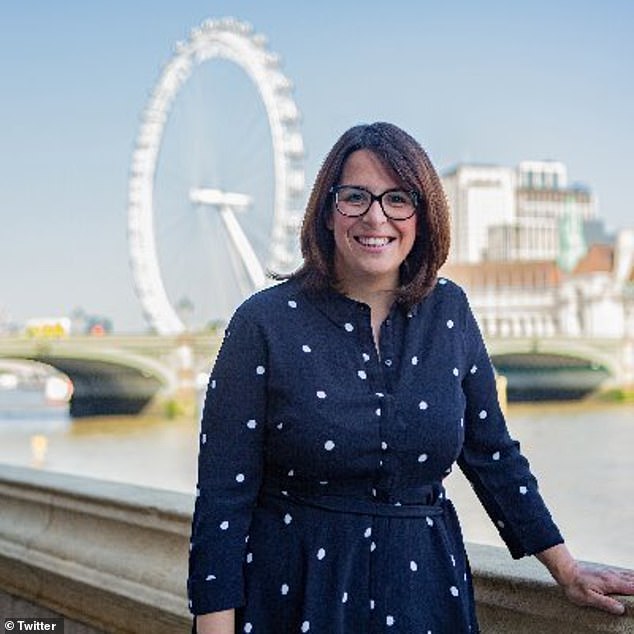 MP for Brecon and Radnorshire Fay Jones, 35, has called for ‘digital flashing’ to be made a criminal offence in Britain

She told MPs: ‘The scourge of cyber-flashing – where unwanted and unsolicited indecent photographs are distributed to mobile devices – needs to be made a criminal offence.’

Responding, Home Office minister Victoria Atkins said: ‘We are running a call for evidence at the moment on producing a new violence against women and girls strategy,’ adding: ‘I am very, very aware of the offence about which she speaks and I very much want those sorts of 21st century online crimes to be dealt with.’

Later, Labour MP Liz Twist said: ‘Will the minister look again at introducing a statutory duty on public authorities to train frontline staff to recognise the signs of domestic abuse?’

Ms Atkins replied: ‘I see this as very much part of our overall efforts to ensure that people understand what domestic abuse is, the many forms it can take, and how it is everyone’s business.’ 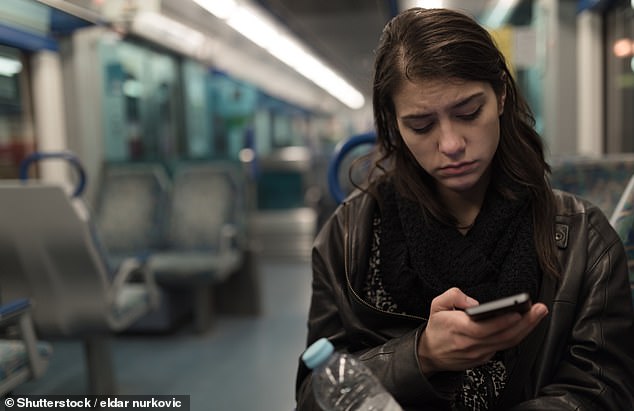 Cyber-flashing is when a person is sent an unsolicited sexual image on their mobile device by a stranger nearby through AirDrop, a file-sharing function on iPhones. Pictured: Stock image

Police investigated the first ever case of cyber-flashing in 2015 after an unwanted graphic picture popped up on a shocked London commuter’s iPhone.

Figures published by the British Transport Police show there were another 35 offences recorded in the first half of 2019 compared to 34 for the whole of 2018.

The number of reported cases is also thought to be much lower than the actual number of instances, partly due to the fact that cyber-flashing is not in itself a crime.

Some cases can be investigated under current public decency laws, or the Malicious Communications Act, but there are currently no specific provisions for cyber-flashing.

AirDrop, which is specific to iOS devices such as iPads and iPhones, as well as Apple Macs, uses Wi-Fi and Bluetooth to connect over a short range to other devices.

Its default setting is for ‘contacts only’, which means only people you know can see you.

But to share information with other people, users can make a change to the settings and change it to ‘everyone’.

The setting allows anyone to send an image to that device where – unlike other messages apps such as WhatsApp or SMS – the photograph automatically appears on the screen.

It is then up to the user to choose to ‘accept’ the image, although they will have already seen a preview.

How does AirDrop work and how can you change your settings?

Airdrop is a feature on iOS devices such as iPads and iPhones, as well as Macs which allows Apple users to share data over Bluetooth.

The technology works by creating a peer-to-peer network between devices so people can share pictures with friends or between their iPhone and iPad.

Unlike messaging or picture apps such as Snapchat, WhatsApp or even SMS – where a user must accept the picture to view it.

Once an image is shared over Airdrop it pops up on the receiver’s screen unbidden.

The feature’s default setting is for ‘contacts only’, which means only people you know can see you.

But once a user has accepted a message from a previously unknown contact, this automatically changes to ‘everyone.’

This means that device is visible to anyone with an iOS device or Mac so users run the risk of being sent undesirable content by strangers.

Currently, Airdrop is only available on Apple and there is no direct equivalent on Android smartphones.

Users are recommended to ensure their settings are on ‘contacts only’ to prevent abuse.