By Will Griffee For Mailonline

Life at Real Madrid for Thibaut Courtois was much improved after Keylor Navas left, revealed the Belgian’s father.

Thierry Courtois has hit out at Navas, who made life ‘complicated’ for his son after the former Chelsea goalkeeper arrived at the Bernabeu for £35million.

He contrasted the tense relationship with the positive experience Thibaut had with Petr Cech prior to his transfer away from the Blues. 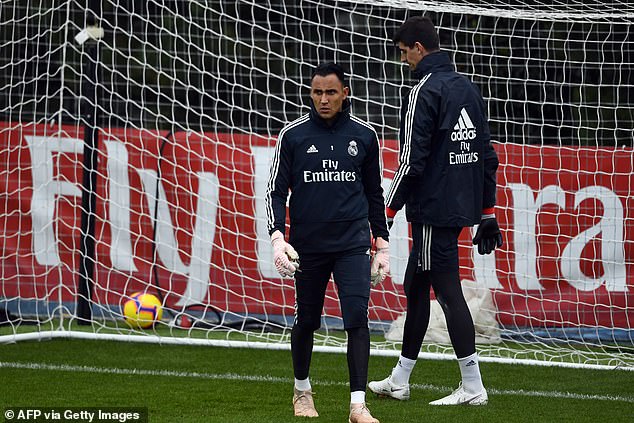 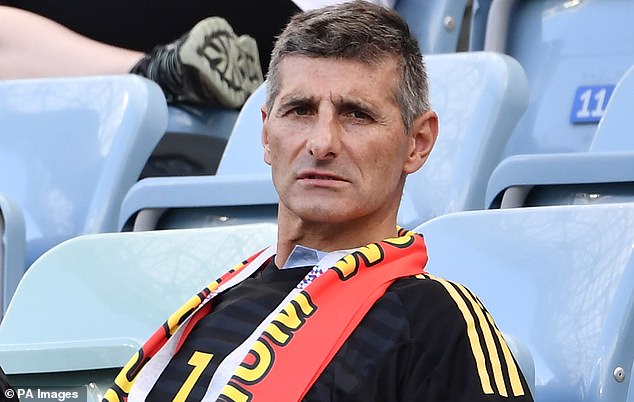 Thierry told Le Derniere Heure: ‘His arrival was a bit complicated. The season had already begun and he was behind in his preparations.

‘But, above all, the problem was that Keylor was still there. He had to wait two or three games to be a starter.

‘His integration was not easy because Keylor was always there, there was a difficult internal competitiveness.

‘Also external, with the journalists, who were in favour of Keylor. Once he went to PSG, everything was easier 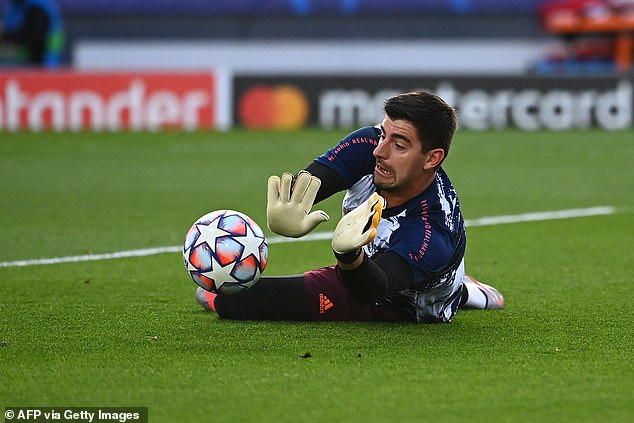 He continued: ‘Petr received him very well (at Chelsea). He was the first one to come to receive him in his first training, he always gave him advice and helped him to integrate.

‘He was a great team-mate who he could always count on. The same cannot be said for Keylor.’

Courtois and Navas competed for the No 1 spot in the team during the 2018-19 season and the Belgian’s form was considered by many to improve after Navas departed. 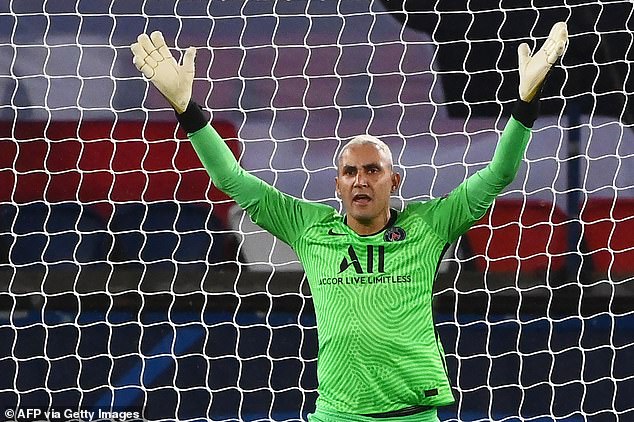 The Costa Rican joined Real on a four-year deal last September and has gone on to establish himself as first choice for Thomas Tuchel’s side.

The news of a difficult relationship between himself and Courtois comes against the backdrop of recent dressing room divisions at the Bernabeu.

Karim Benzema was overhead at half-time of Real’s 2-2 draw with Borussia Monchengladbach in the Champions League this week, telling Ferland Mendy: ‘Don’t play with him. On my mother’s life, he [Vinicius] is playing against us.

French news outlet Telefoot released the footage following the game on Tuesday, which shows the Real Madrid players filtering out from the dressing room and into the tunnel for the second half, with Vinicius stood within earshot of both Benzema and Mendy.

Cameras in the tunnel at Borussia-Park picked up a conversation in French between Karim Benzema (bottom right) and Ferland Mendy, who were reportedly talking about Vinicius (far left)

A fresh report in MARCA says Spanish TV station GOL TV have picked up more detail, with Benzema reportedly telling fellow Frenchman Mendy: ‘He [Vinicius] does not do anything useful,’ with the left back replying: ‘When he becomes scared, he loses what makes him great.’

Jamie Carragher said he did not think the incident was indicative of a toxic dressing room environment, telling CBS: ‘If someone is having a really poor game, you are almost having a go at the guy who is maybe behind him.

‘Maybe it’s a full back and there’s a winger in front and you’re saying ‘use your brain, he’s not having the best of games, look for someone else’.