The Crown’s portrayal of Prince Charles’ personal secretary as a man who was unkind to a young Princess Diana was ‘unfair and inaccurate’, friends of the courtier have claimed.

Edward Adeane, who died in 2015 aged 75, was private secretary and treasurer to the Prince of Wales from 1979 and 1985, and is portrayed in the Netflix series by Richard Goulding.

The drama shows Adean being cruel and abrasive towards the Princess of Wales, at one point callously telling her she ‘signed up’ to be separated from her children, and made cruel jibes about her mental health. 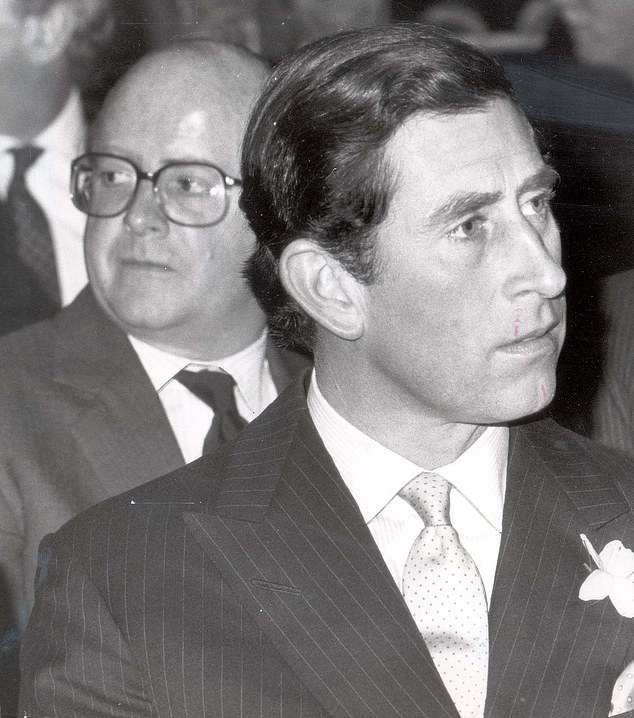 The Crown’s portrayal of Prince Charles’ personal secretary, Edward Adeane, as unkind to a young Princess Diana was ‘unfair and inaccurate’, friends of the courtier have claimed. (Pictured, Prince Charles and Edward Adeane in 1985) 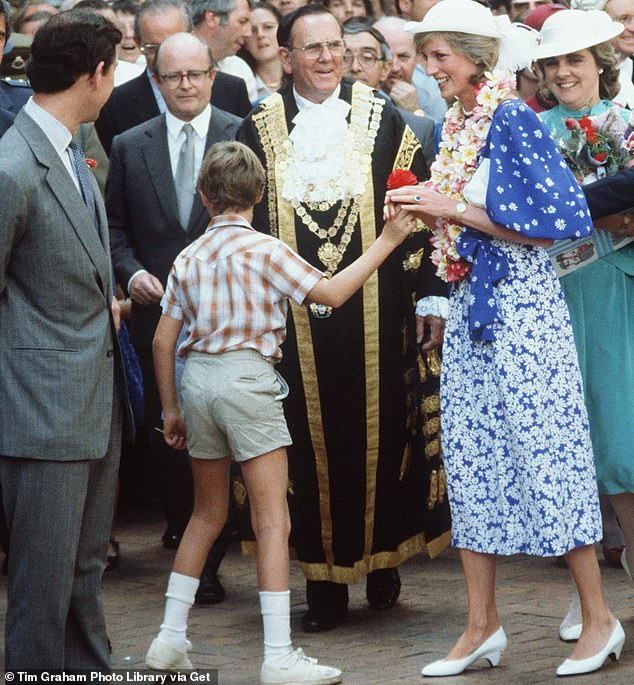 Edward Adeane, who died in 2015 aged 75, was private secretary and treasurer to the Prince of Wales from 1979 and 1985 (Pictured second from left with the Prince and Princess of Wales in Brisbane, Australia in 1983)

Family and friends Adeane told The Sunday Telegraph that while life-long bachelor Adeane was not ‘at ease’ with Diana, he rarely had contact with the youn princess, and was never unkind to her.  Royal Historian Hugo Vickers told the publication: ‘It’s a very unkind portrayal of Adeane.’

Vickers claimed he was told that while Adeane was not entirely at ease with the young Princess of Wales, he didn’t have much contact with her, and was certainly not unkind to her – but that she ‘got rid of him just as she got rid of everyone’.

He went on: ‘It’s typical of The Crown to paint every courtier as a grey-suited snake and it’s a very unfair representation of him.’

In the sixth episode of the series, the courtier is shown coldly telling she must be separated from a baby Prince William for two weeks, as Diana protests she must be with her son if she is to continue their 1983 tour of Australia. 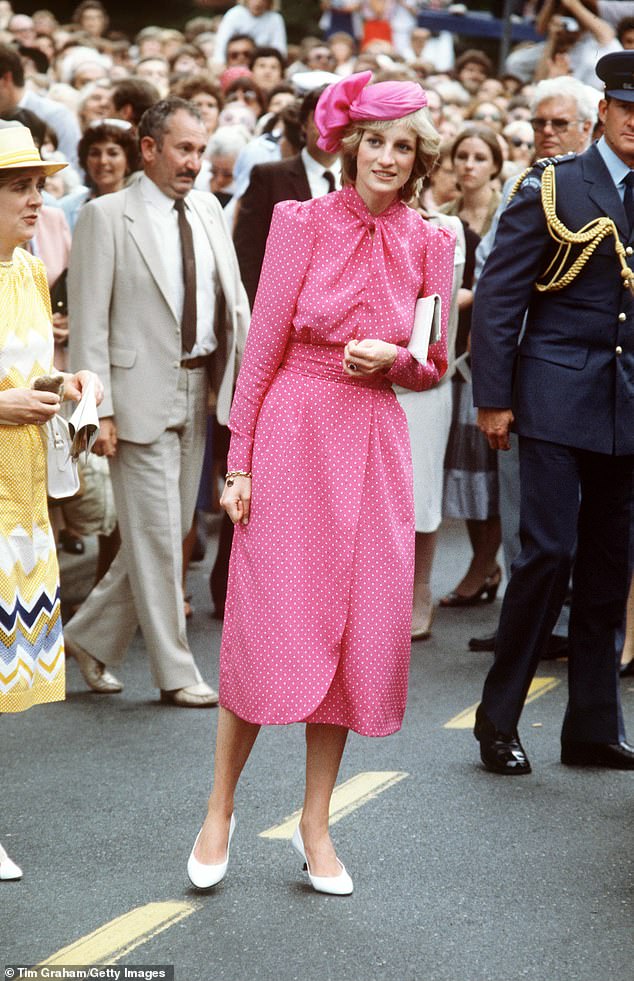 In the sixth episode of the series, the courtier is shown coldly telling she must be separated from a baby Prince William for two weeks. Pictured, Princess Diana after visiting Freemantle Hospital, near Perth, Australia

Later, Adeane is seen appearing to mock Diana’s mental health during a meeting, where he makes clear he doest feel she’s able to undertake a royal tour alone.

Royal courtier Edward, who gave up his thriving career as libel lawyer to become secretary to the Prince of Wales, resigned six years into office – after a number of disagreements with Charles. 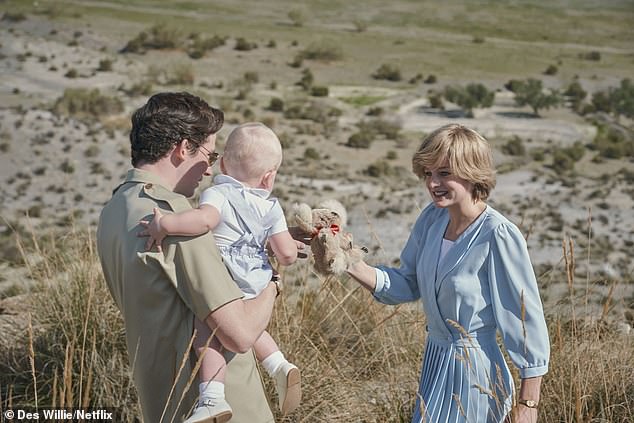 The drama shows the character as being cruel and abrasive towards the Princess of Wales. Pictured, Emma Corrin as Princes Diana in The Crown

Adeane, whose great-grandfather, Lord Stamfordham, was the last private secretary of Queen Victoria, was hailed ‘wonderful’ by a former palace employee, while his goddaughter, Zoe Tryon also came to his defence.

Activist Zoe explained that while she hasn’t seen the series, the representation of Edward is entirely conflicting with her own memories of him.

Princess Diana’s brother Earl Spencer has also spoken out about the show’s accuracy.

Speaking on Love Your Weekend with Alan Titchmarsh on Sunday, he admitted to feeling ‘unease’ when watching the programme.

He said: ‘There is a bit. Actually, The Crown asked if they could film at Althorp and I said obviously not.

‘The worry for me is that people see a programme like that and they forget that it is fiction. They assume, especially foreigners…

‘I find Americans tell me they have watched The Crown as if they have taken a history lesson. Well, they haven’t.’