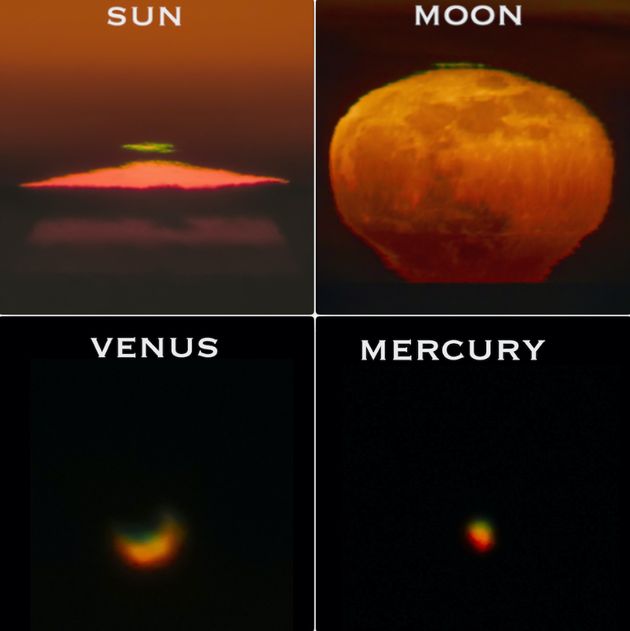 The astronomical photo of the day chosen by NASA is by Marcella Giulia Pace, elementary school teacher of Ragusa and astrophotography. It is a very complicated shot, which immortalizes the “Green Flash” – that is, the green ray – due to a refraction of the sun’s rays through the atmosphere. The photo shows the green flesh on Earth, on the Moon, and also on Mercury and Venus, taken respectively on March 18 from Marina di Ragusa, on May 8 from Modica, and on May 24, on the occasion of the conjunction of Venus and Mercury. On the site greenplagshphoto, the teacher tells her work in detail.

Pace spoke of his photos at the AGI: “It is very difficult to capture a solar green ray also celebrated by Giulio Verne, and even rarer is it to catch the lunar one.” The other two photos, that is, those of Venus and Mercury, are also difficult shots to take: “The Iblei coast, south east of Sicily, offers some of the best azimuth exposures for shooting at sunset, and these phenomena can be observed with less rarity than elsewhere “.

For Peace ”is the third recognition that I receive from NASA. I am always happy to offer him my images of atmospheric and astronomical optical phenomena, because NASA’s not only scientific vocation, but also didactic and popularization is in full harmony with the other aspect of my professional life at school “. In fact, “I love trying to transmit my love for observing what appears obvious in nature, and therefore unnoticed. My photos are shots of what is there for all to see, if only we stopped to observe the world around us, without too many distractions “