A standoff between a teenage girl and a woman dubbed ‘parking Karen’ has gone viral on TikTok.

Footage uploaded by Marli Mclaren on Wednesday showed the moment the 19-year-old tried to park in an empty space in Mooloolaba on the Sunshine Coast.

But the teen, who was taking her sister out for lunch, quickly realised she wouldn’t be able to park because a middle-aged woman was standing in the way with her dog to save the space for her husband. 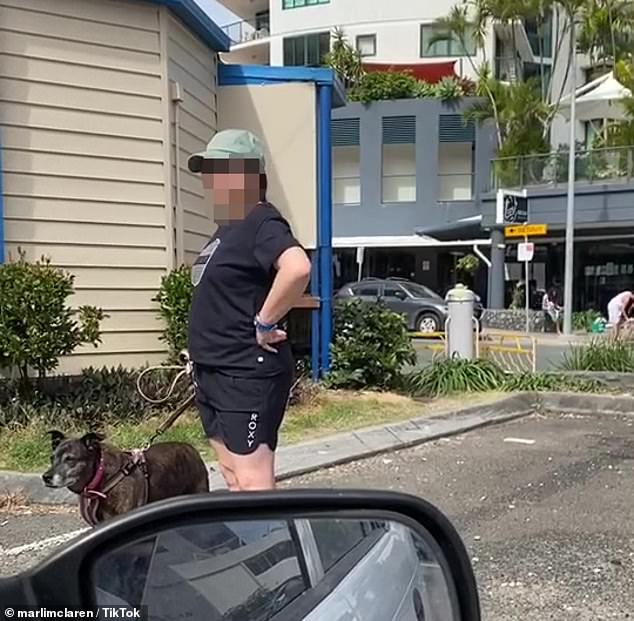 Pictured: ‘Karen’ standing in the middle of a parking space with her dog on the Sunshine Coast

‘You can’t do that,’ Ms Mclaren could be heard saying in the video.

‘Can you please move? You can’t save a park.’

The woman, who was clad in a baseball cap and activewear, ignored the teenage motorist and stood firmly in the centre of the parking space.

Another resident approached the pet owner and also asked her to move.

The ‘Karen’ stood her ground until she realised she was being filmed.

‘Is there any reason why you’re filming me?’ She asked Ms Mclaren.

‘Because you can’t do that,’ the motorist replied. 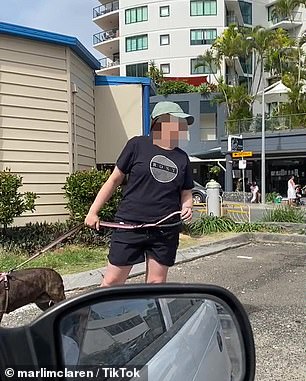 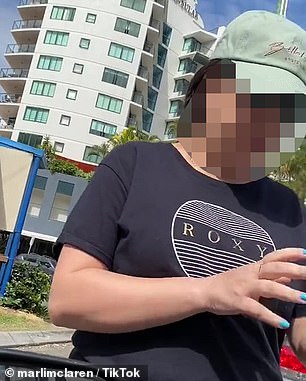 Pictured: Karen responding to a second person who asked her to move from the parking space

The woman then threatened to call the police.

Ms Mclaren captioned the video: ‘Anyone else dealt with a Karen before? Tried to reserve a park by standing in it haha’.

While many agreed that the woman should not have reserved the spot by standing in the way, others decided the 19-year-old was in the wrong for filming the incident.

‘She was there first lol unfortunately you are the Karen in this scenario,’ one person wrote.

‘You’re the Karen. Let her reserve it,’ another shared.

Others begged the teenager to explain how the situation ended. 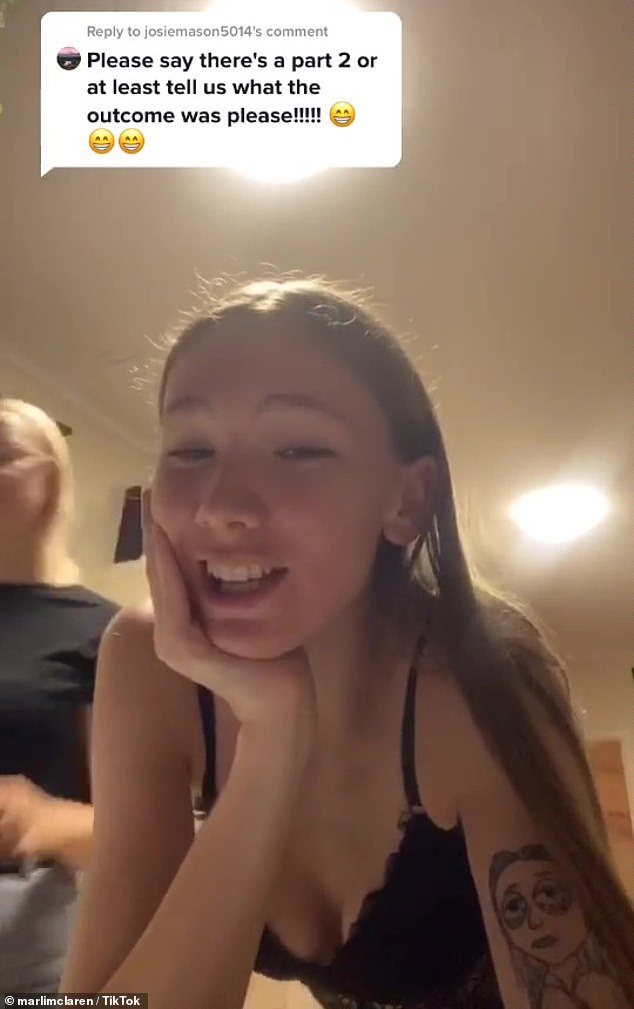 Ms Mclaren said the woman did not call the police and eventually moved because her husband found a parking space somewhere else.

She parked the car and thanked the woman who also asked ‘Karen’ to move, but said the pet owner continued to question her.

‘She was telling me I was immature for recording her, and I ended up saying to her “look at what you’re doing – you’re starting an argument with someone who’s 19”.’

The confrontation only ended when Ms Mclaren walked away.