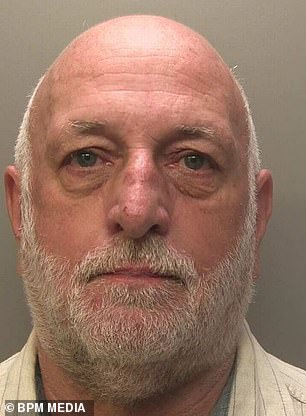 Derek Seekings, 66, a former Surrey Police officer, has been found guilty of raping a woman during his lunch break – before returning to work

A police officer who raped a woman during his lunch break and then returned to work has been jailed for 11 years.

Sergeant Derek Seekings, 66, who is now retired, went round to the home of the woman while he was on duty.

Removing his uniform, he approached the woman, who was alone in an upstairs bedroom, and pushed her down on the bed and raped her.

The sergeant, an officer with Surrey Police, then left the house and went back to work as if nothing had happened.

On a second occasion he raped the same woman again and when she protested and tried to push him off he replied: ‘Just let me finish.’

Today Seekings was jailed for 11 years at Lewes Crown Court after being found guilty of two counts of rape between 1994 and 2000.

Sentencing him Judge Stephen Mooney said the policeman had caused the victim severe psychological harm and, as a serving officer, had betrayed the public’s trust in the police.

He said: ‘I cannot ignore the fact this offence happened while you were carrying out your role as a police officer. You have the trust of the public by reason of your job.’

In a statement read to the court, the victim said she had been left suicidal, fearful and stressed from the trauma.

She said: ‘I contemplated suicide almost every day for many months. I considered driving my car into a bridge to end the pain.’ 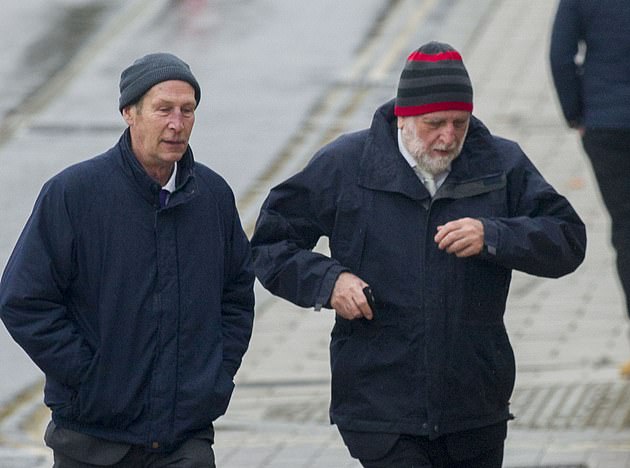 She said she now had difficulty forming close relationships and could not be in a room without looking at ways she may be able to escape if needed.

She said: ‘I have had to have counselling and continue to have anxiety around intimate relationships. I have flashbacks which can make me feel unsafe.

‘I have to sleep closest to the door in a double room and if there is a lock I have to be certain I know how to unlock it in case I should need to leave quickly.’

Earlier Brighton Crown Court heard the officer, from Farnborough, Hampshire was arrested in 2018 and charged with two counts of historical rape on the same woman between 1994 and 2000.

Jennifer Gray, prosecuting, told the jury both rapes happened without warning during a six year period.

She said at the time of the attacks Seekings was working as a custody sergeant with Surrey Police.

During one lunch break he went round to the home of the woman and pushed her onto a bed.

She said she did not respond to his advances, didn’t say anything and didn’t make a sound or move during the attack. 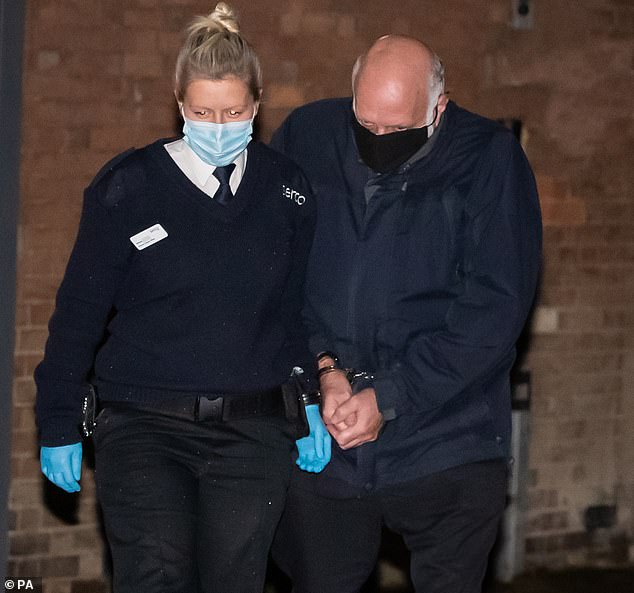 The court heard that to distract herself she began to recite her seven times table in her head.

The victim said: ‘I remember being pushed back on the bed. He was wearing his uniform. He had sex with me.

‘I didn’t want sex and I made that really clear. I didn’t move, I was very still. He got dressed again and he went back to work.

‘It was blatant. It just happened and then he just left. I felt completely traumatised by what had happened.’ 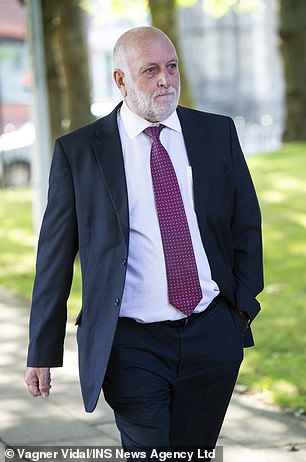 The woman said on the second occasion she tried to push him off but he continued and told her: ‘Just let me finish.’

In her victim impact statement she said: ‘The devastating impact of his not guilty plea meaning we had to go to court to give evidence has been horrendous.’

She said the ‘anxiety, panic attacks and re-running of scenarios in my head’ had caused her further stress.

The victim said her trust in the police had ‘altered’ from a position of respect and trust to believing the police to be ‘self-serving, corrupt and manipulative.’

She added: ‘I believed Surrey Police would look after their own and I’m very grateful that the team involved in this case have shown me I am wrong.’

Seekings retired from the force in 2005 and was subsequently employed as a licensing officer by Surrey Heath Borough Council (SHBC). He was later dismissed by the council.

The former officer was also ordered to sign the Sex Offenders Register for life and barred from ever working with children again.