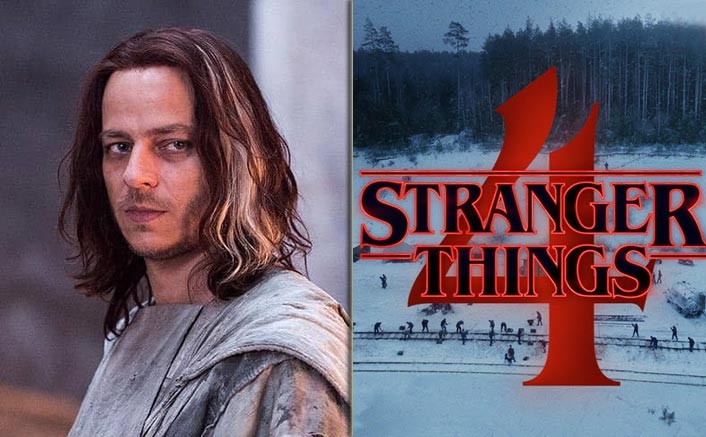 Stranger Things, the Netflix horror story that first streamed in 2016, is all set to get even more interesting. The makers of the show have taken to Twitter and announced the new members who will be joining Millie Bobby Brown, Finn Wolfhard, Gaten Matarazzo, David Harbour, Winona Ryder, Noah Schnapp and the others.

Interestingly, one of these new members in the star cast has a Games of Thrones connection, and we are EXCITED! So who is it you are wondering? Well, scroll down and you will get your answer.

As per Stranger Things’ latest tweet on their official handle, Tom Wlaschiha aka one of the prominent members of the ‘Faceless Men’ from Game of Thrones will feature in the series. Tom will essay the role of Dmitri, a ‘charming’ Russian prison guard in Stranger Things 4. As per reports on Screenrant, he will be seen as Jim Hopper’s (David Harbour) Russian friend.

Tweeting Tom Wlaschiha’s addition to the cast of Stranger Things 4, the makers wrote, “Tom Wlaschiha aka Dmitri, a smart and charming Russian prison guard. But can he be trusted?”

Season 3 of the Netflix series left a lot to explore in Stranger Things 4, including the fate of Hopper. Spoiler Alert, if you aren’t up to date, the finale of the last season ends on a cliffhanger note of Hopper’s uncertain future. The post-credit scenes showed him still alive but in captivity at what looks like

Besides Tom, quite a few other stars were also announced as cast members of the upcoming Stranger Things season. Announcing the members in a series of tweets, their first post read, “let’s give our new cast members a big hawkins welcome. roll call”

Some of the new cast members of Stranger Things 4 also include Mason Dye as Jason Carver, Sherman Augustus as Lt. Colonel Sullivan, Jamie Campbell Bower as Peter Ballard, Eduardo Franco as Argyle and others.

The production of the Netflix series came to a halt back in March due to the coronavirus pandemic. But recently, the team have returned to filming in Georgia in September.

To keep you anticipating Stranger Things 4 more, check out this promo the makers shared early this year:

Must Read: Black Panther 2 Shooting To Start In July, Makers Rope In A Narcos: Mexico Star To Play The Villain!