A straight-A high school senior from Dallas says he has been expelled from a Christian academy where he had been a student from the time he was a toddler after coming out as gay.

Devin Bryant, 18, was just four days away from starting his senior year at Covenant Christian Academy when his mother got a phone call from the new principal, Tony Jeffrey, saying her son would not be allowed to complete his studies at the only school he’s ever known because of his sexual orientation, according to the family.

Connie Bryant said Headmster Jeffrey told her on the call that in expelling her son for being gay, he was doing what ‘Jesus Christ would want me to do.’ 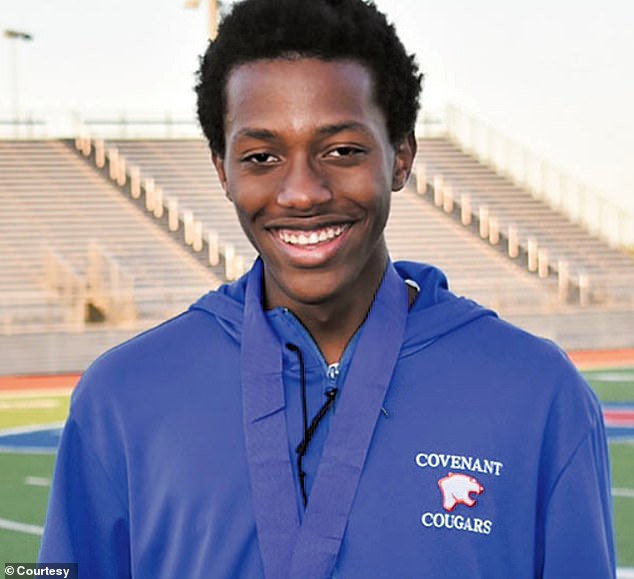 She also said the principal offered her counseling to help her ‘direct her child well’ because her son had ‘chosen the devil’s ways.’

Bryant first entered the Christian school in Colleyville as a pre-kindergartner. By all accounts, he has thrived at Covenant, earning plaudits for his academic, artistic and athletic pursuits.

His mother, Connie Bryant, said her son’s teachers have written letters to her, thanking her for raising such a ‘nice guy.’

When Devin turned 17 years old in October 2019, he took to his Instagram page and posted a message, coming out as gay. 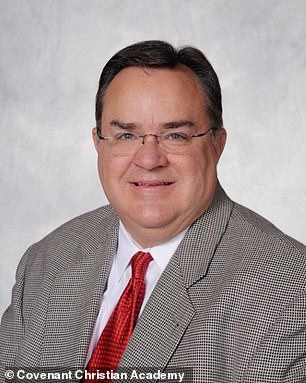 Devin’s mother said that Covenant Headmaster Tony Jeffrey (pictured) told her that in expelling her son for being gay, he was doing what ‘Jesus Christ would want me to do’

He said that he has received an overwhelming positive response from people in his life, including his mother and sister, and that even his teachers at Covenant accepted him.

Devin’s mother acknowledged that at the start of the school year, she signed the student code of conduct, which forbids homosexuality, drugs and fornication.

No one at the school had raised any issues with Bryant over his sexuality until the first days of August, when he submitted his design for his senior parking spot – a tradition at the school – which included the word ‘gay.’

In an August 6 meeting, school official David Johnson reminded Devin that the Christian institution did not condone his sexuality, and that he would face expulsion if he enters into a relationship, according to the teen’s mother. 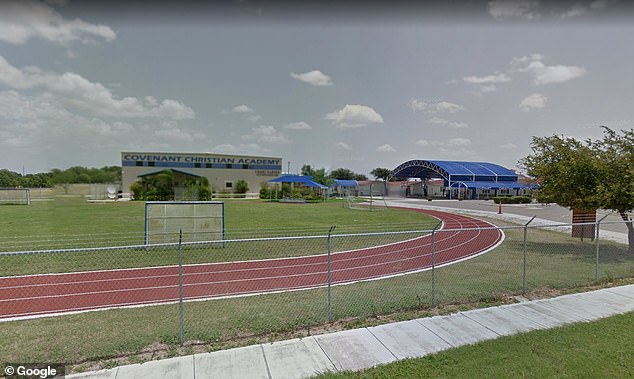 Covenant Christian Academy in suburban Dallas  has a student code of conduct that forbids homosexuality, drugs and sex out of wedlock 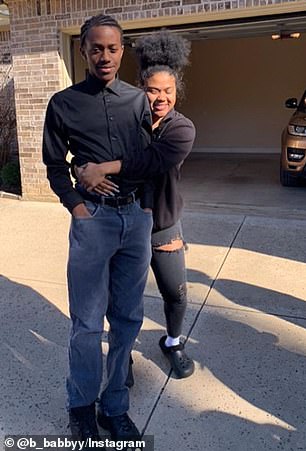 Two days after the meeting, Connie Bryant got the call from Principal Jeffrey announcing her son’s expulsion.

The mother was forced to enroll Devin in a public high school, where he is currently taking advanced placement classes remotely because of the coronavirus pandemic.

Connie Bryant said she was shocked by the way her son had been treated by the administration at Covenant, especially given her family’s 20-year history at the school: her older daughter, Benta, also had been a student there.

Both Devin and his mother say they believe he was expelled as a warning to other LGBTQ students attending the Christian academy.

‘If another queer kid comes out [at Covenant Christian Academy], I’m scared for them,’ he said.

The 18-year-old, who potentially has his sights set on Rutgers University or UCLA for college next year, explained that he has decided to speak out publicly about his expulsion not because he has a grudge against Covenant, but because he would like to empower other gay students and reassure them that they have not been rejected by Christ. 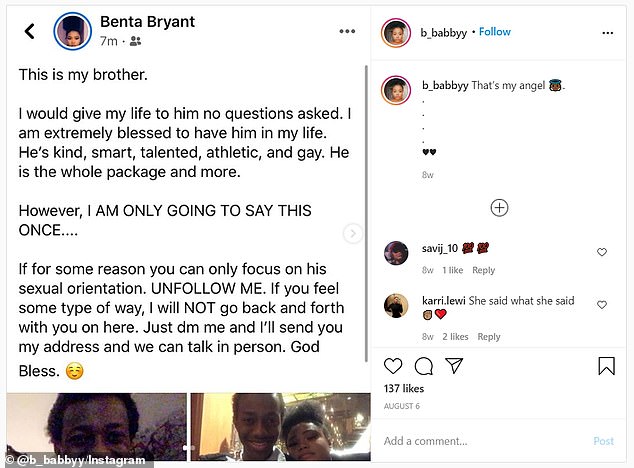 Benta has strongly come out in support of her brother, sharing this message on Instagram just days before his expulsion

‘They don’t talk about it in a way that gives LGBTQ kids any hope in their relationship with Christ,’ Devin said of the school. ‘I want to call people to a higher standard than I’ve seen.’

Meanwhile, Connie Bryant and her son are considering bringing a lawsuit against Covenant for allegedly violating the Title IX discrimination protections.