EXCLUSIVE: ‘She looked like she was going to eat him for breakfast’: Sasha Swire intimately drapes her arm over David Cameron’s shoulder and whispers in his ear in 2006 pictures as MP’s wife claims ex-PM clumsily flirted with her in tell-all memoirs

By Padraic Flanagan For The Mail On Sunday

In her gleefully indiscreet political diaries, Sasha Swire was eager to spill the beans about the time she was on the receiving end of David Cameron’s clumsy flirting.

But as these exclusive pictures show, the gossipy MP’s wife wasn’t exactly demure in her own interactions with the former Prime Minister.

Draping her arm intimately over Mr Cameron’s shoulder, the Westminster socialite leans in closely to whisper something unknown in his ear as they mingle at a lavish Tory fundraiser.

The photographs where taken at the Black and White Conservative Ball in 2006, just weeks after Mr Cameron had become Tory leader and Lady Swire was still in the foothills of her social climbing. 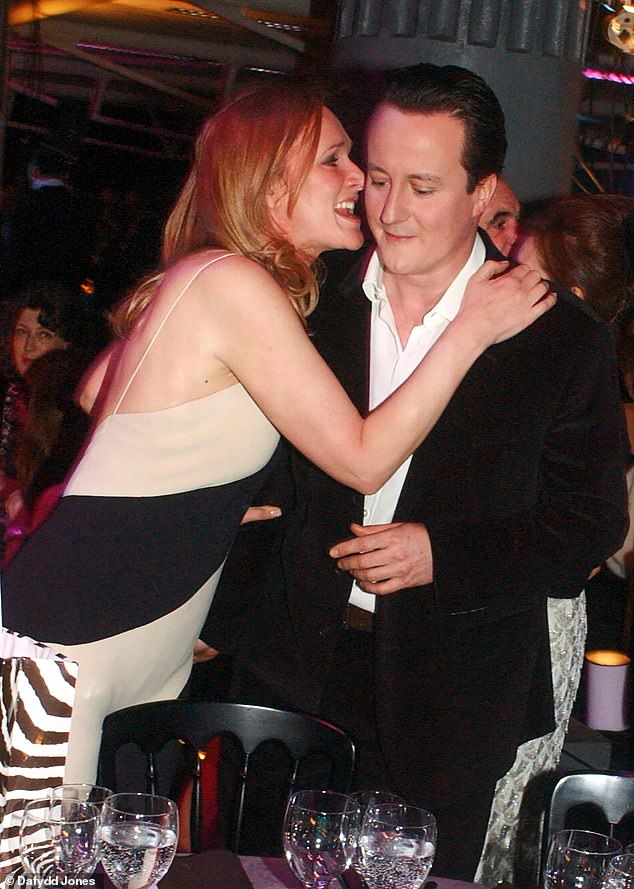 As these exclusive pictures show, Sasha Swire wasn’t exactly demure in her own interactions with the former Prime Minister 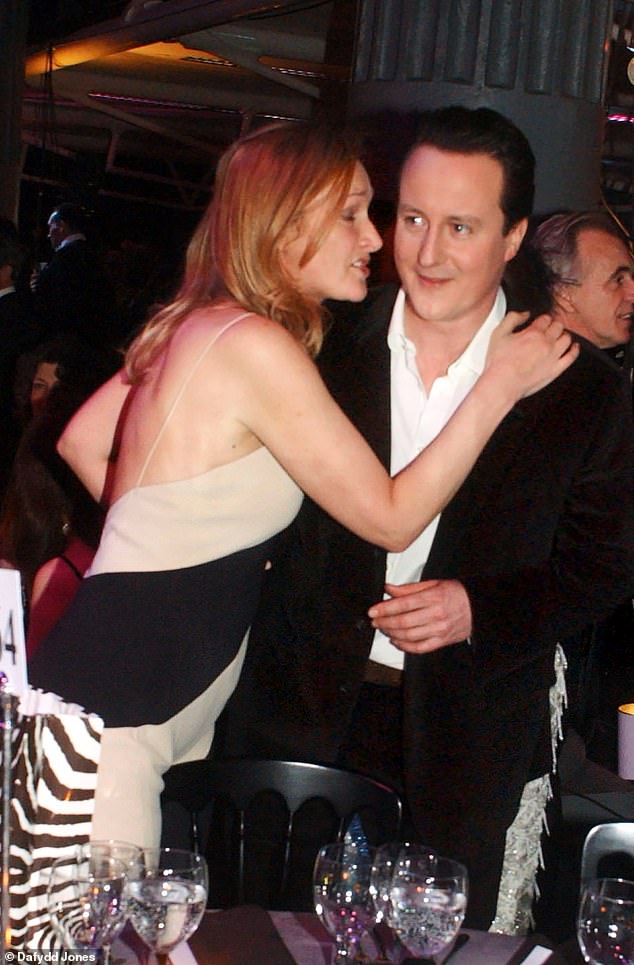 Draping her arm intimately over Mr Cameron’s shoulder, the Westminster socialite leans in closely to whisper something unknown in his ear as they mingle at a lavish Tory fundraiser

‘She looked like she was going to eat Cameron for breakfast,’ one attendee at the Ball recalled yesterday. ‘I couldn’t help but be struck by her body language, and how animated she was around him. Everyone noticed her.’

And if they didn’t then, they surely have now as her newly published Diary Of An MP’s Wife has stoked the Westminster gossip mill with its acerbic comments and betrayed confidences.

In the published entries, which start in 2010, her poison pen paints a portrait of ‘drunken Dave’ more interested in the good life than public service.

In the extract that grabbed most headlines, she claims that Mr Cameron once awkwardly tried to flatter her on a country walk by saying: ‘The scent you are wearing is affecting my pheromones. It makes me want to grab you and push you into the bushes and give you one.’

‘This is not flirting by the Prime Minister,’ Mrs Swire reflects in the book. ‘This is probably lewdness.’

Nonetheless, the wife of the then Northern Ireland Minister Hugo Swire was always keen to be at the heart of the Tory social circles – possibly with a view to gathering material for her barbed diaries.

The Black and White Ball, held at London’s Old Billingsgate Market, was a pinnacle of that scene. Guests included nightclub owner Peter Stringfellow and his young girlfriend; singer Bryan Ferry; and Tamara Mellon, the glamorous boss of the Jimmy Choo shoe brand. A game of bingo offered prizes of diamonds and champagne. 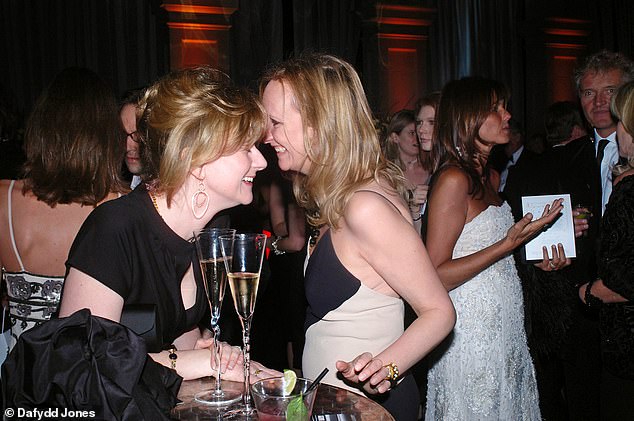 Lady Swire gossips about the couple in her book, describing a 2012 barbecue Mr Osborne held at his official country residence, Dorneywood, while Chancellor. Frances remained in the kitchen for the entire event, which Lady Swire said was ‘extraordinary’.

And when the couple later split, Lady Swire describes how Mr Osborne was ‘having a mini-menopause and throwing all his toys out of the pram’.

Mr Osborne’s views about his ex-friend’s public betrayal is not known, but Mr Cameron has appeared resigned to his savaging, telling one interviewer that the book was ‘kind of embarrassing’.