A sailor who spent hours fighting the ferocious waves of the Pacific Ocean after falling overboard survived by clinging to an abandoned fishing buoy.

Vidam Perevertilov fell off cargo ship Silver Supporter on February 16 without a life jacket during its regular journey between Tauranga and Pitcairn Island.

After finishing his night-shift in the engine room, he felt hot and dizzy and went to the deck to take in some fresh air.

But in his exhausted state, he slipped overboard in the pitch dark into the icy sea as his crew and ship – unaware he was missing – drifted off into the distance. 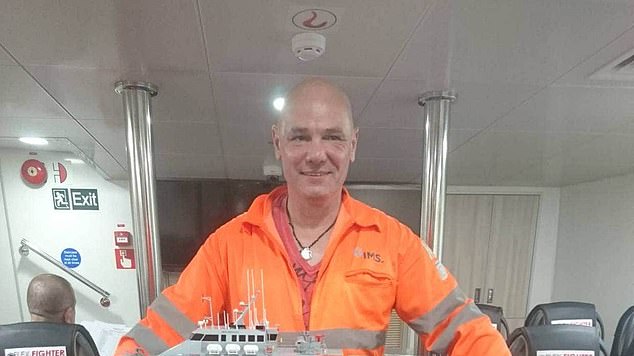 Mr Perevertilov spent hours struggling to stay afloat until the sunlight offered a glimpse of hope – something black several kilometres away bobbing on the horizon.

‘He started swimming towards it. It turned out to be an old fishing buoy. It was not anchored to anything or a boat, it was just a piece of sea rubbish,’ his son Marat told Stuff from Lithuania.

At 10am, the crew realised Mr Perevertilov was missing and the captain radioed in the emergency and swiftly turned the ship around.

Using work logs, they were able to determine the ship’s coordinates at 4am, when Mr Perevertilov was last seen, and send distress messages to JRCC Tahiti and other ships in that area.

A rescue mission was launched, coordinated by several authorities, including  a French navy aircraft based in Polynesia and the Meteo-France, a French-national meteorological service, who drafted probable drift patterns.

As search teams ramped up their efforts, Perevertilov, dehydrated and blistering under the sun, held out hope someone would find him before nightfall. 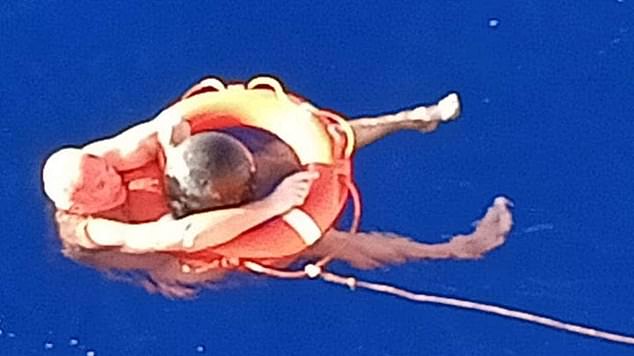 At day break, the sailor swam to an abandoned fishing bouy several kilometres away, which kept him afloat until rescue teams arrived

Then, suddenly, the Silver Supporter appeared in the distance.

‘The Silver Supporter was running search patterns and one of the passengers said he had heard a weak, human shout on the starboard side of the ship,’  Marat said.

Marat said the captain steered the ship back into its initial search path and a lookout noticed a hand sticking up out of the sea.

The cargo ship pulled up alongside the sailor and threw him a lifebuoy, then lowered a ladder and a crewman pulled him on board.

Marat, who was told the miraculous tale of survival from his father, said he looked 20 years older when they found him.

‘I probably would have drowned straight away, but he always kept himself fit and healthy and that’s why I think he could survive,’ Marat said. 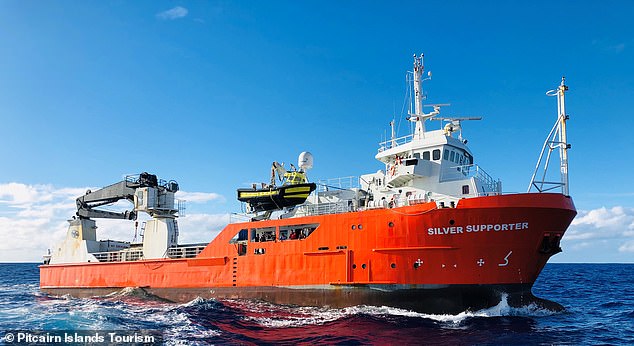