The Royal Navy has been monitoring a Russian surface fleet sailing up the North Sea – including a number of vessels which sought shelter off the Scottish east coast during a storm.

HMS Tyne followed two warships and an intelligence gathering vessel as they refuelled in the Moray Firth while sheltering from Storm Aiden.

Russian vessels have increased the frequency of missions through the North Sea and English Channel as they head out to patrol in the Mediterranean. 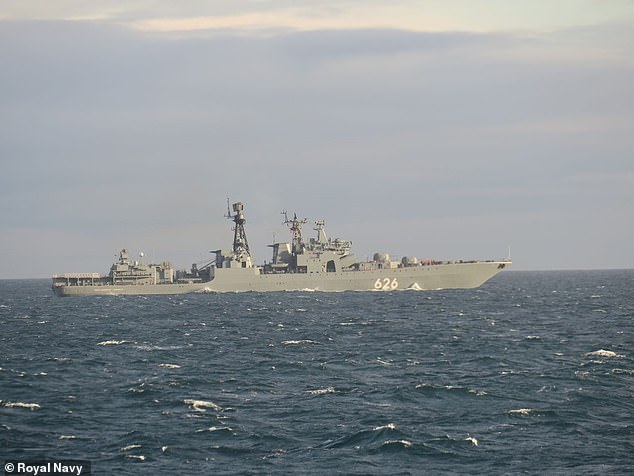 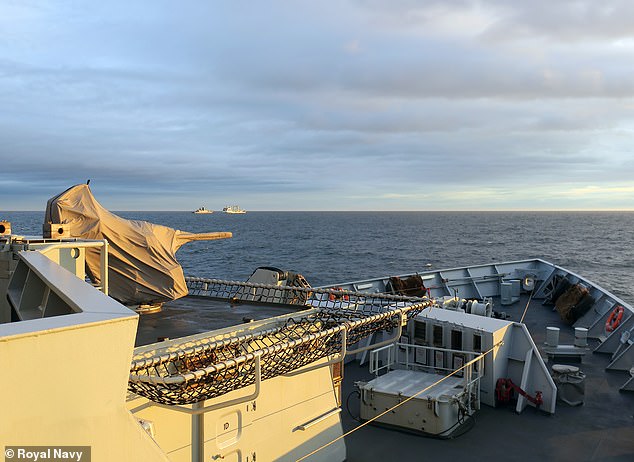 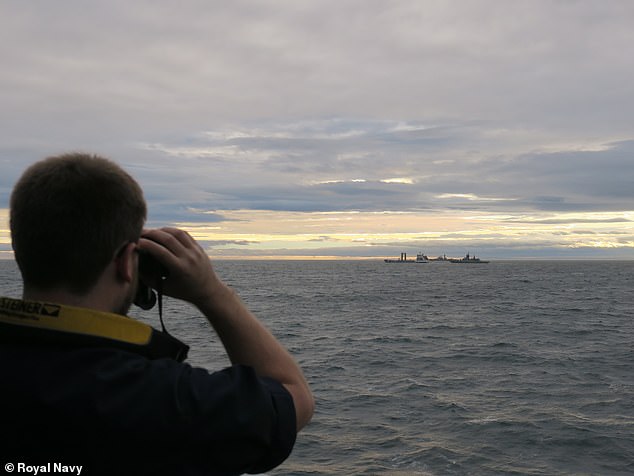 ‘This operation, like many others, again demonstrates that the Royal Navy stands ready to protect the UK’s sovereignty every day of the year, in any weather.’ 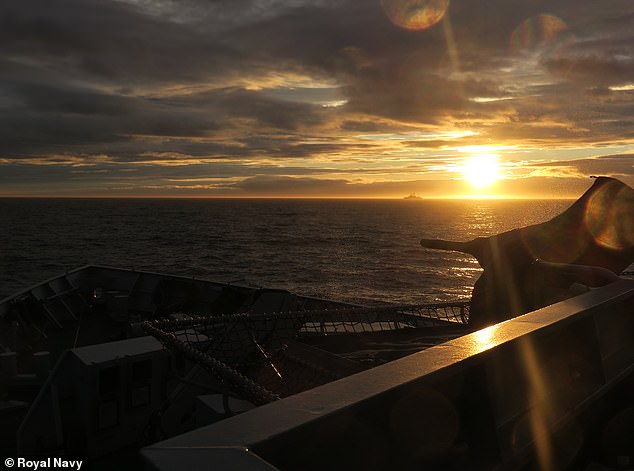 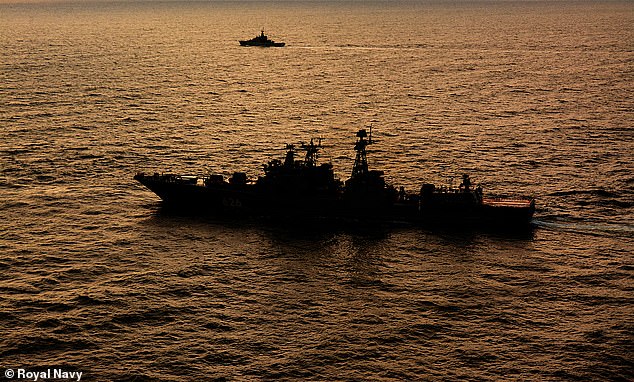 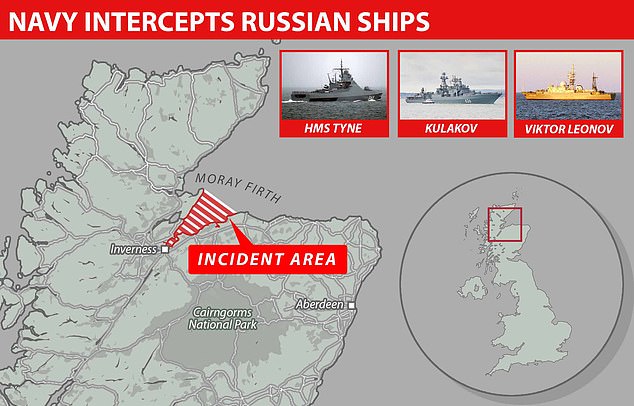