BREAKING: Rochester mayor calls for a federal investigation into the death of Daniel Prude and orders the police chief to step down immediately

By Megan Sheets For Dailymail.com

The mayor of Rochester, New York, has called for a federal investigation into the death of Daniel Prude, a black man who was suffocated by police officers in the street back in March.

Mayor Lovely Warren disclosed her request for a federal probe on Monday and said that she had relieved Rochester Police Chief La’Ron Singletary of his duties effective September 21, according to News8.

Singletary had announced his retirement – along with several other members of the police department – last week. His last day was supposed to be September 29.

Warren also on Monday revealed that the city’s communications director, Justin Ros, and its city corporation counsel, Tim Curtin, have been suspended without pay.

The announcements came after Rochester endured more than a week of protests since a video of 41-year-old Prude’s fatal encounter with police on March 23 was made public late last month. 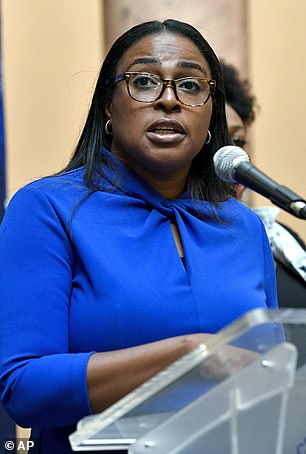 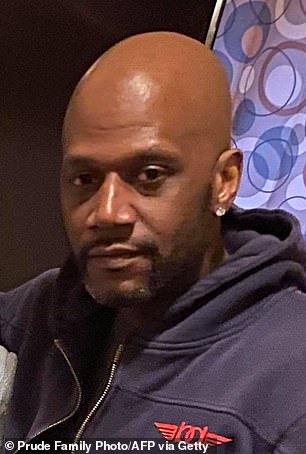 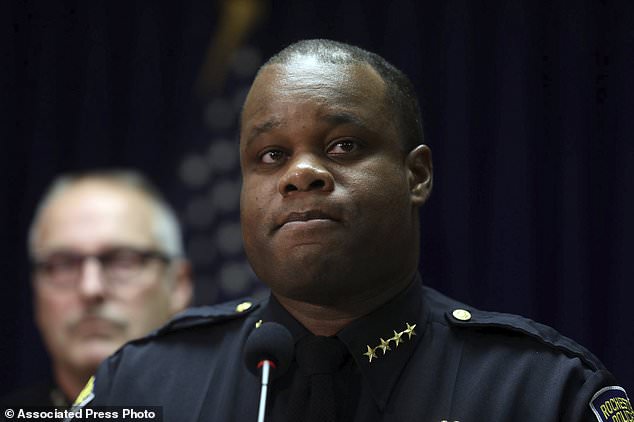 ‘I have directed the deputy mayor to initiative an internal management review of the city handling of the mental hygiene arrest and subsequent death of Daniel Prude,’ Warren said.

‘Frankly the public should have been informed of Mr Prude’s death and the circumstances that led to his death in March, and after seeing the video, I should have conducted a formal review.’

The mayor continued: ‘This initial look has shown that we have a pervasive problem in the Rochester Police Department, one that views everything through the eyes of the badge and not the citizens we serve.

‘I have apologized to the Prude family and this community for the failures that have happened along the way, including my own as mayor. Never again can we allow any man or woman to needlessly die in police custody.’

Warren then disclosed that she has asked the US Attorney’s Office to conduct its own investigation into ‘possible violations of Mr Prude’s civil rights’.

‘This tragic loss of life has shown that we have systematic failures,’ she said.

‘We have to acknowledge these failures and put in place these forms that create transparency. We will regroup in a few days when I will answer any questions you have given the documents you will receive today.’

This is a developing story.