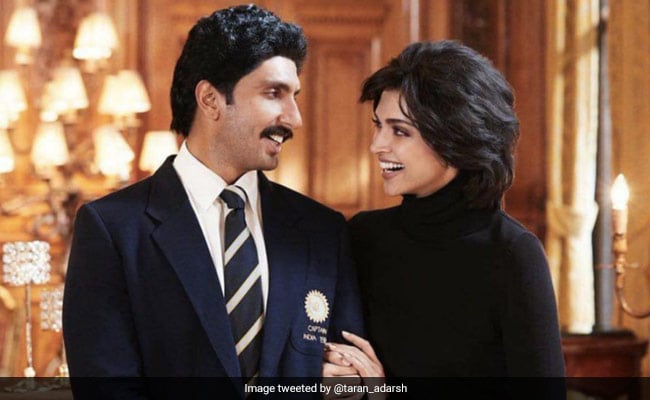 Seems like fans of Akshay Kumar and Ranveer Singh will have to wait a little longer to catch the films of their favourite stars in theatres. Bollywood trade analyst Taran Adarsh, in his latest tweet, revealed that Akshay Kumar’s Sooryavanshi and Ranveer Singh’s ’83 will open in cinemas next year. He didn’t reveal the exact date of release but announced that both the films are likely to open in theatres before March 31. “All eyes on first quarter of 2021… Sooryavanshi and ’83 to release in cinemas next year (2021)… Both will release before March 31, 2021…Release dates not finalised yet,” tweeted Taran Adarsh.

ALL EYES ON FIRST QUARTER OF 2021… #Sooryavanshi and #83TheFilm to release in *cinemas* NEXT YEAR [2021]… Both will release *before* 31 March 2021… Release dates *NOT* finalised yet. pic.twitter.com/EUPLSscPKA

Rohit Shetty’s Sooryavanshi, also starring Katrina Kaif, was initially supposed to release on March 24 but because of the nationwide lockdown, the film was rescheduled. Months later, Reliance Entertainment, which is presenting the film, announced the film will have a theatrical release on Diwali. Meanwhile, Reliance Entertainment, which is also backing Kabir Khan’s sports biopic ’83, announced that the release date of the film was moved from April 10 to Christmas.

Sooryavanshi is the fourth film in Rohit Shetty’s cop universe. Other than Akshay Kumar and Katrina Kaif, the film also features Ranveer Singh (who played a police officer in the 2018 film Simmba) and Ajay Devgn (who starred in the cop series Singham ). In the film, Akshay will play the lead role of Veer Suryavanshi, a character that was introduced as an Anti-Terrorist Squad (ATS) officer in a cameo role in Simmba.

’83 showcases the story of India’s iconic win at the 1983 Cricket World Cup. In the film, Ranveer Singh will be playing the role of Kapil Dev. Pankaj Tripathi will be seen playing the role of manager PR Man Singh. Ammy Virk has been cast as Balwinder Singh Sandhu, Saahil Khattar as Syed Kirmani and Tahir Bhasin has been zeroed in to play the role of Sunil Gavaskar in the film. Deepika Padukone has been roped in to play Kapil Dev’s wife Romi Bhatia on screen.