The department for Digital, Culture, Media and Sport have slammed the Premier League and EFL for their ‘lack of leadership’ over football’s financial bailout.

The Government have admitted they are ‘losing patience’ with the constant back-and-forth between the two as fans remain in the dark over a potential return to stadiums following the coronavirus pandemic.

The Premier League had offered a £50million bailout for League One and League Two clubs that was accepted in principle, but the two organisations have still not agreed on the terms of the package – much to the Government’s dismay.

Premier League, led by Richard Masters, and EFL have been slammed by Government 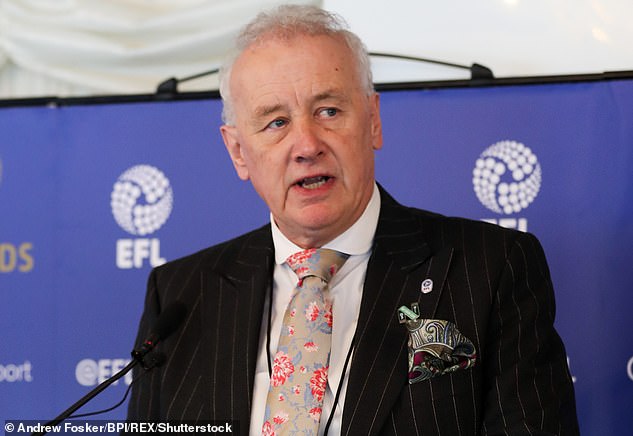 The make-up of the £50m loan to EFL (led by chairman Rick Parry, pictured) is yet to be agreed

The Premier League’s current offer is of a £20m grant and £30m loan, but as revealed by Sportsmail, the EFL wants the whole £50m to be a non-refundable grant.

Lower League clubs believes that accepting the offer would all but bankrupt them in the eyes of auditors because they would be unable to pay off their debts.

Meanwhile, the Government announced a package of funding on Thursday to support sports affected by the loss of matchday revenue over the winter, but the men’s professional game did not feature.

They have criticised both the Premier League and EFL for a lack of leadership and not doing right by the fans, who remain unable to attend any matches from the topflight to League Two.

In a letter sent to both Masters and Parry, and seen by Sportsmail, the Government expressed their lack of faith in their leadership told them to stop ‘squabbling’ over a bailout deal.

It read: ‘We are disappointed that you have not yet come to an agreement that will ensure the survival of football clubs through the current pandemic. 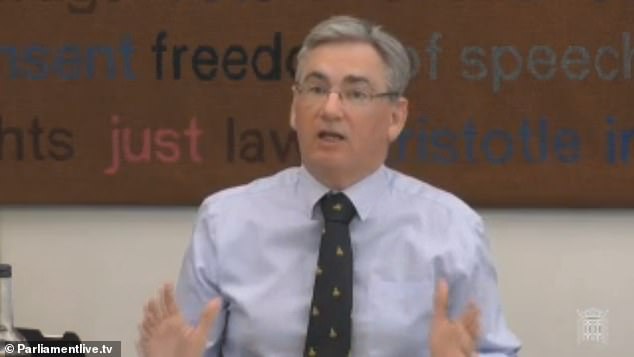 ‘There is enough money in the game to save football clubs but we are beginning to doubt whether there is enough leadership to make that happen. We urge you to stop squabbling and come to an agreement.

‘Fans have been waiting too long. We expect, and the fans deserve, better.

‘This is not the first time a DCMS Committee has heard compelling evidence of failings at every level of football governance. Football is again failing to save itself.’

Chair of the DCMS MP Julian Knight said: ‘We are losing patience. Fans have waited a long time for a solution that would safeguard their clubs but all they can see is squabbling at the top of the game. Football and its followers deserve better.

‘The current fiasco in reaching an agreement isn’t about the lack of money, but lack of leadership.

‘We’re putting the current leaders of the Premier League and the EFL on notice. We want to be kept in the loop about every discussion, every meeting, every call, every email, to save clubs at risk. Nothing should be withheld from the Committee, and so that fans can see what’s going on, we’ll make these updates public.

‘The predecessor DCMS Committee called for legislation bring in an independent system of football licensing and regulation if the game wasn’t able to reform itself. That time may be fast approaching.’ 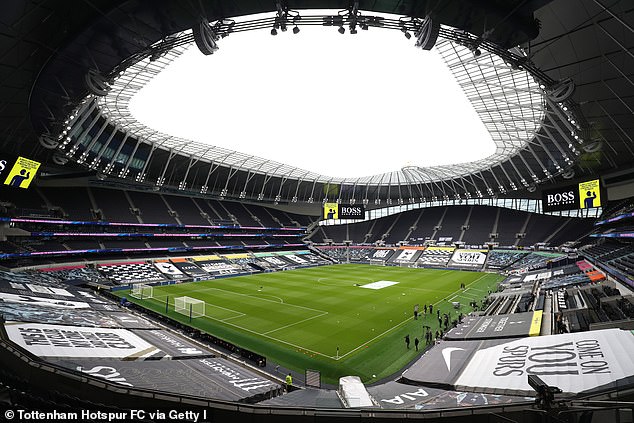 The Government also called for more clarity moving forward, both with them but also supporters, as they explained there is now a ‘pressing need’ for them to act as they demand constant updates over the coronavirus rescue package.

‘The DCMS Committee made it clear before the 2019 election that if the football authorities failed to reform, or concluded that a statutory framework was necessary to reform, we would recommend that the Government immediately brought forward legislation to ensure a fully independent system of football licensing and regulation.

‘There is now a pressing need for the Government to consider acting. The current fiasco underlines the need for change, but the immediate task must be to secure ailing football clubs.

‘To better understand how fans and communities are included in this process, we would like similar updates on correspondence with fans and any relevant engagement activities. 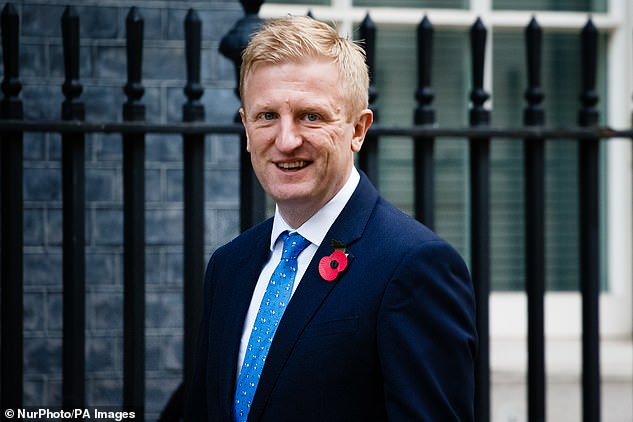 ‘If there is any doubt whether information about an email, engagement activity, call or meeting should be included in your updates, we suggest erring on the side of caution to ensure that nothing is inadvertently withheld from the Committee.

‘The Committee’s key interest is in whether progress has been made in achieving an agreement on the distribution of money from the Premier League to the English Football League. We ask that you begin each response with an overview of progress made.’

Culture Secretary Oliver Dowden said on Thursday ‘there is definitely a chance’ some supporters could be allowed into venues by Christmas in the lowest-risk areas, but there remains little in the way of detail about how that would work in practice.