Signify has just announced two new Philips Hue smart lighting products, plus two tweaks to existing products. The new Amarant linear spotlight can brighten walls outdoors for a bit of contrast, but far more interesting for most folks is the Philips Hue wall switch module, which fixes one of the longest-standing issues with smart lighting: A smart light in a dumb switched receptacle. 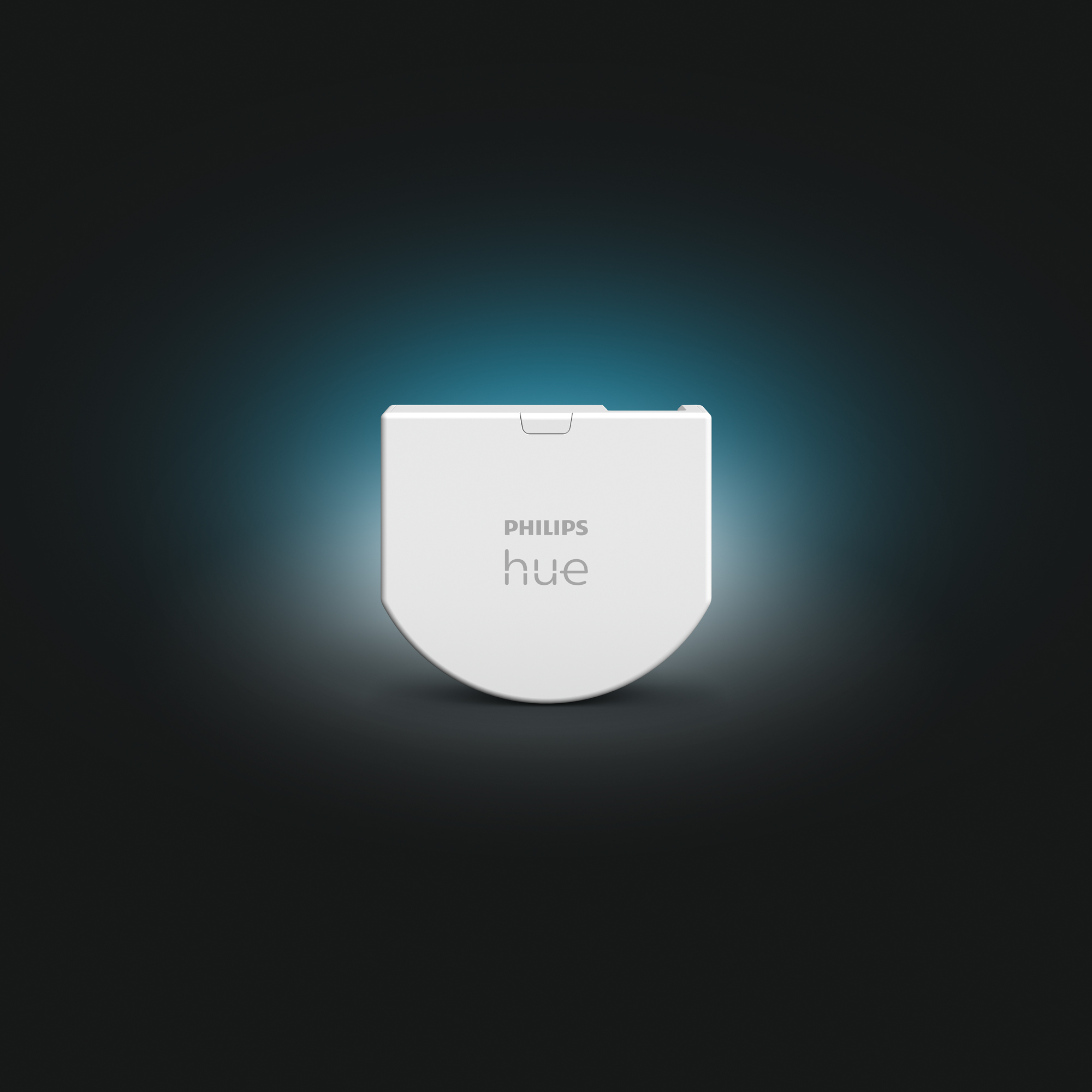 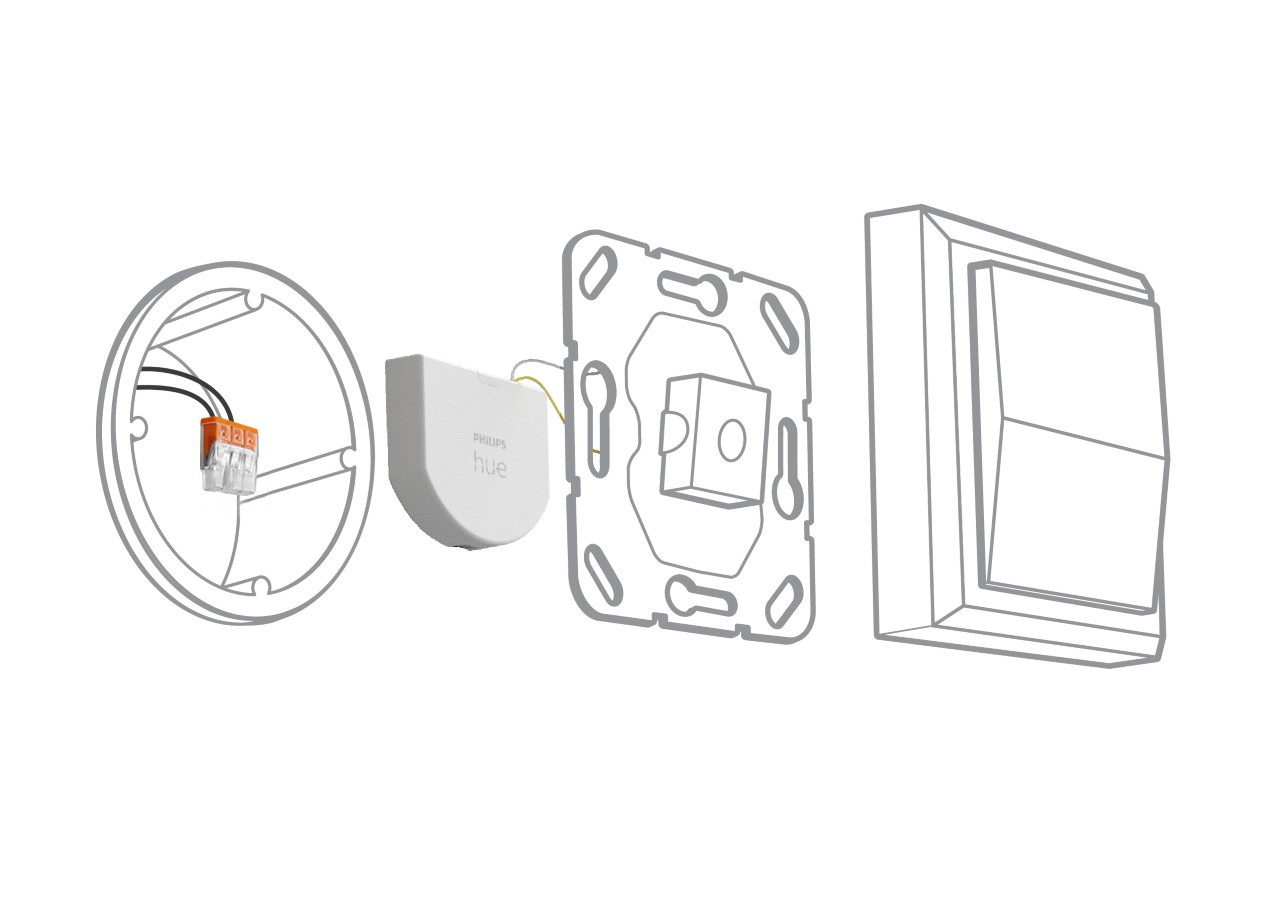 In the beforetimes — as all eras before the Philips Hue wall switch will now be known — if someone flipped off the switch that controlled your smart lighting, that was curtains. You’d actually have to get up, walk all the way over to it, and flip the switch back on for it to work again like some kind of troglodyte, lamenting every time-consuming step on your way there and back. Thankfully, that era is at an end.

Though the new Philips Hue wall switch won’t make dumb lights into smart lights, it will make your switch into a smart control itself, which can trigger scenes remotely, and which remote commands can revert. That means the switch can control your lights without interfering with Assistant- or app-based controls. Or, more anecdotally, you can turn the lights back on from the sofa after your Uncle Kevin turns them off accidentally for the thousandth time after you’ve very clearly explained that that switch can’t be turned off because of your fancy lights. (This really isn’t very complicated, Kevin, just don’t touch that one switch.)

The Philips Hue wall switch module is battery powered, courtesy of a coin cell battery, and though it’s rated to last at least five years on a charge, you’ll be taking that switch apart again to replace it once it does die. It’s not a deal-breaker, but it is something to plan around, especially if you aren’t comfortable installing or maintaining something like this yourself — though we can’t imagine it’s too hard to do.

It will be available this summer for those of us in North America and a little earlier in the spring for folks in Europe. Prices vary by market, but we can expect to pay $40 for one or $70 for two here in the US. 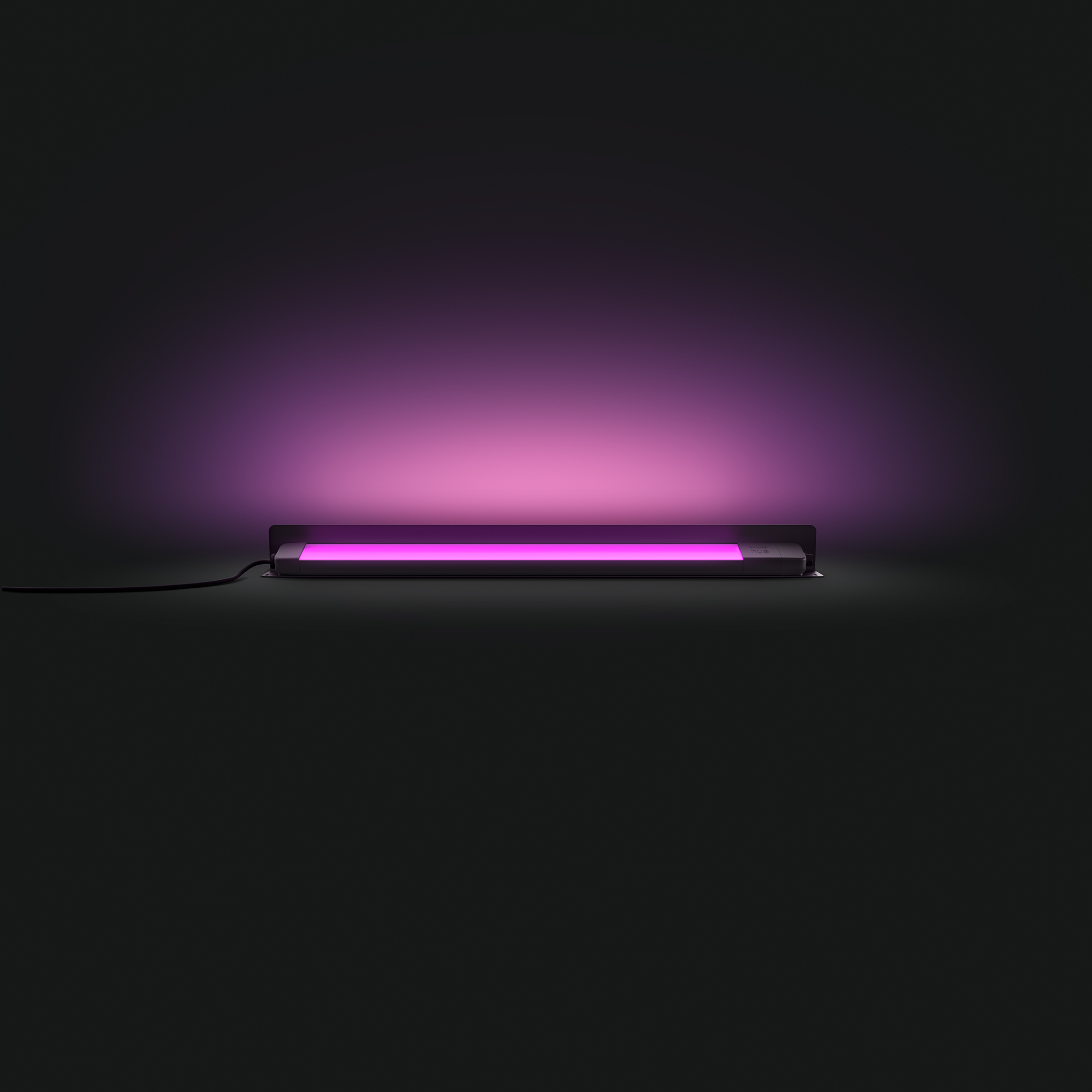 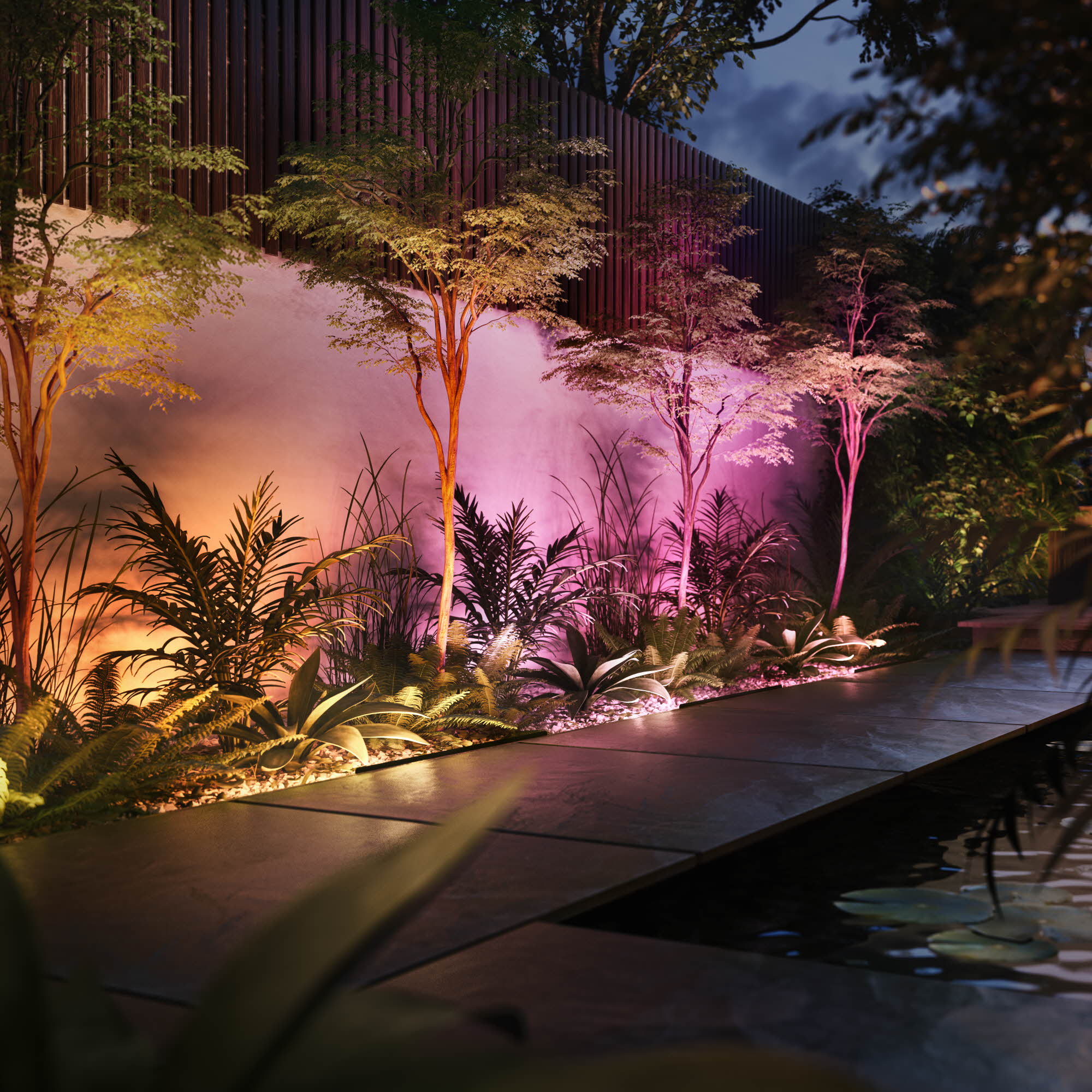 The Amarant linear spotlight in action — they can be daisy-chained.

The Amarant linear spotlight will be available a little sooner: March 2nd in North America, starting at $170. As before, the EU gets it a little earlier on January 26th. 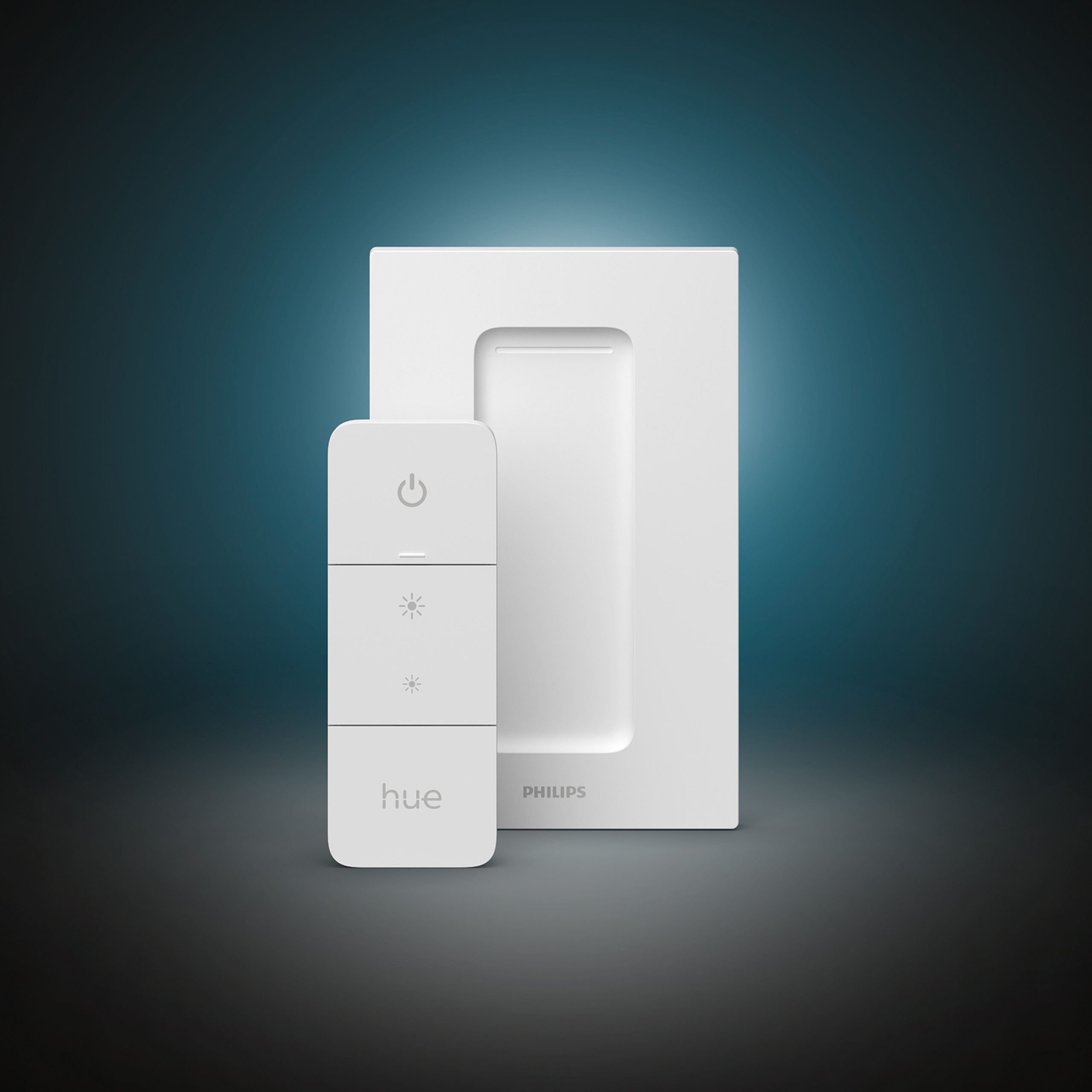 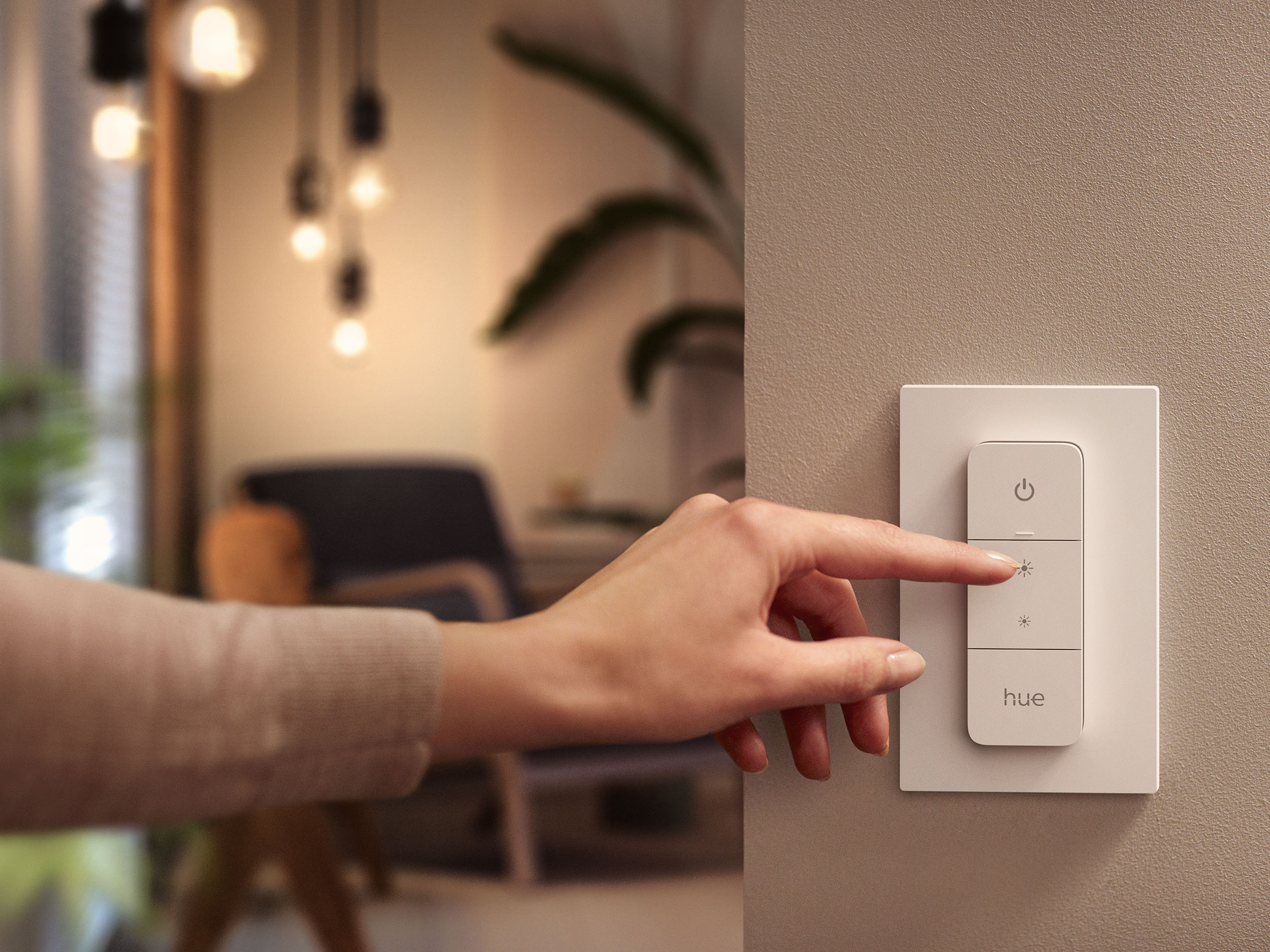 There’s also a redesigned Philips Hue dimmer switch with full wireless controls and a magnetic back. Essentially, it will let you pull the switch (or, at least, its controls) right out from your wall, tote them around, and lose them in the sofa. But, at least you can still control those lights courtesy of the Assistant when you do.

The new dimmer switch will be available from February 23rd in North America (Jan 26th for the EU), at $25.

The company has also announced that its Philips Hue Appear, which debuted last year, is now available in a brushed stainless steel finish, seemingly EU-only, available Jan 26th at €150.