‘He has to show like every one of us that we deserve to continue here’: Pep Guardiola insists Sergio Aguero must earn a new Manchester City contract with club’s record scorer in the final year of his deal

Pep Guardiola has insisted Sergio Aguero must earn a new Manchester City contract but has no doubts the 32-year-old still has plenty to offer.

Aguero – who returned from a four-month spell out with injury in Saturday’s 1-0 win over Arsenal – has entered the last 12 months of his existing deal, sparking links with Inter Milan alongside his long-stated desire to return to boyhood club Independiente before the end of his career.

City are expected to offer their record goalscorer fresh terms but Guardiola, who likewise is out of contract next summer, is not concerned about making it an immediate priority. 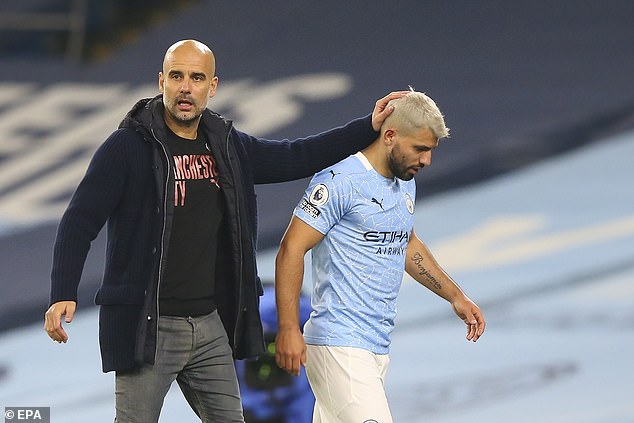 ‘The important thing is that Sergio comes back in good physical condition, starts to get his rhythm, doesn’t get more injuries and and plays good,’ Guardiola said.

‘We know what he means for us, we know how we appreciate him, but now he has to show like every one of us, me first, that we deserve to continue here and playing good and winning games.

‘After that, the club and myself of course decide, but about his quality… when he is playing in his level and we don’t have any doubts he is a player to stay until he decides (to go) because he is unique, the numbers, he is important for us, the fans and for everyone.’ 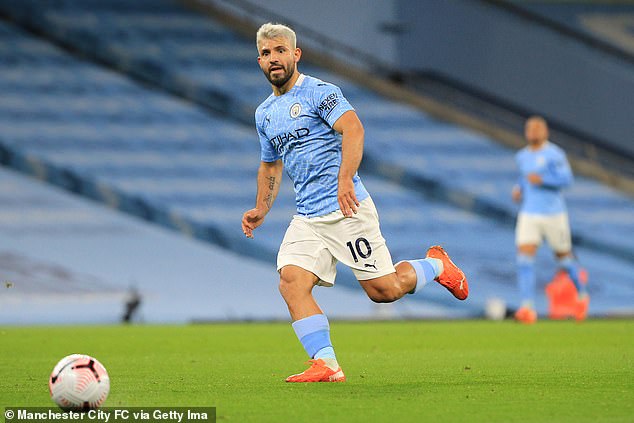 Aguero played a key role in City’s goal against Arsenal, driving forward to feed Phil Foden, with Raheem Sterling finishing after Bernd Leno could only parry the midfielder’s shot.

Aguero was also involved in a moment of controversy in the second half when he put his arm on the shoulder of assistant referee Sian Massey-Ellis but, with fellow forward Gabriel Jesus still out with a quadriceps problem, his return was hugely welcome for Guardiola and City.

‘It was four months (out),’ Guardiola said. ‘Now has to start to train regularly, start regularly and start to score goals, and this is the most important thing.

‘Having Sergio on the pitch, we are better, we are safer. We missed him a lot in important moments in the later part of the season. Now it is good news for us that he is back.’ 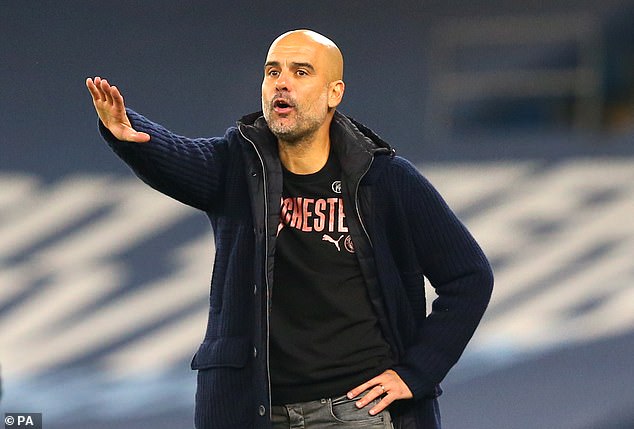 Though Aguero returned, there were fresh problems for City against Arsenal with Kevin De Bruyne, Aymeric Laporte and Benjamin Mendy added to the list of absentees.

Guardiola has pointed to the lack of a pre-season as a contributing factor to City’s injury woes as they deal with a hectic start to the campaign, and the schedule gets no easier with the Champions League starting this week when Porto visit on Wednesday.

Bernardo Silva was another player to miss time at the start of the season, but was restored to the starting line-up on Saturday with De Bruyne out.

The Portugal international believes the situation will make the battle for the Premier League title even more complicated this year as City look to close what was a yawning gap to Liverpool last term. 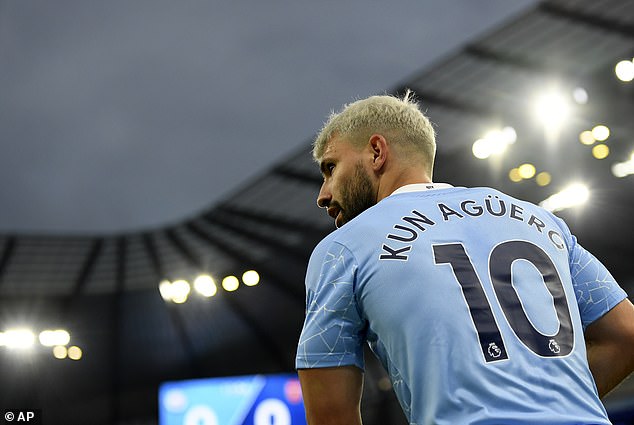 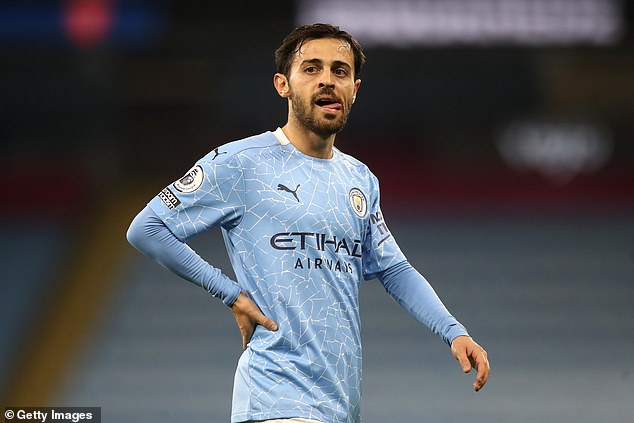 ‘We’ll have to work even harder this season to beat everybody,’ Bernardo said. ‘I think the Premier League became even more competitive this season. All the teams made great signings and strengthened their squads.

‘In the last few seasons, we saw that to become champions you needed to reach close to 100 points, I think the situation this season is going to be different.

‘Because a lot of players didn’t have any rest during the summer, I think the competition is going to be more balanced, all the games are going to be difficult, we will have to work really hard to finish the season on top of the league.’