The family of a Los Angeles pastor who has been in the custody of U.S. Immigration and Enforcement [ICE] for more than a year and has coronavirus is hoping federal authorities will consider his failing health and release him from jail.

Hugo Rolando Gómez, 61, was arrested the morning of August 19, 2019, by ICE agents in the Los Angeles suburb of Hawthorne, in response to an order issued by Interpol in 2009.

Gómez, a father of three daughters, is wanted back home in his native Guatemala in the 1984 disappearance of Edgar García, a student and community leader.

According to Amnesty International, on February 18, 1984, García was ordered by police to stop for a routine check but he tried to run away and was shot in the leg by one of the four officers at the scene. Gómez, a former member of the Guatemala National Police, reportedly was at the scene with the cops.

García, then a married father of a 18-month old girl, was ordered to board a police vehicle and was never seen again. The police went to his home and removed some of his belongings. 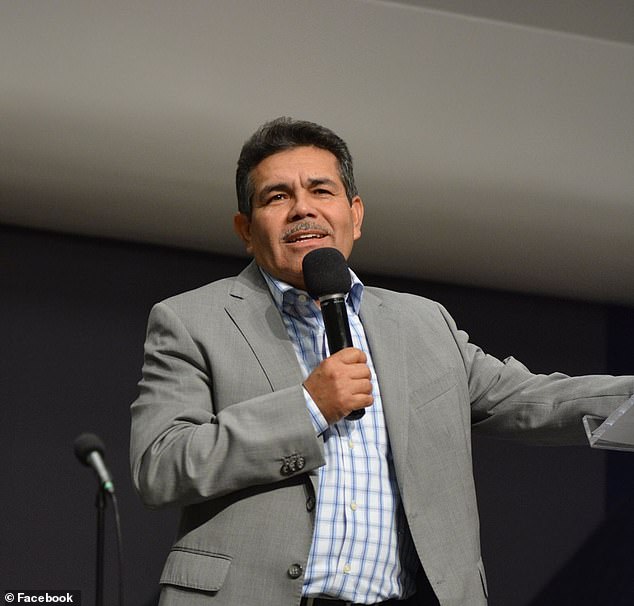 Hugo Gómez (pictured) is currently being held by U.S. Immigration and Customs Enforcement at a detention center in Adelanto, California. ICE arrested Gómez in August 2019 in response to a 2009 Interpol order. Gómez is being accused of participating in the 1984 kidnapping and forceful disappearance of a student of Edgar García, a student and community leader 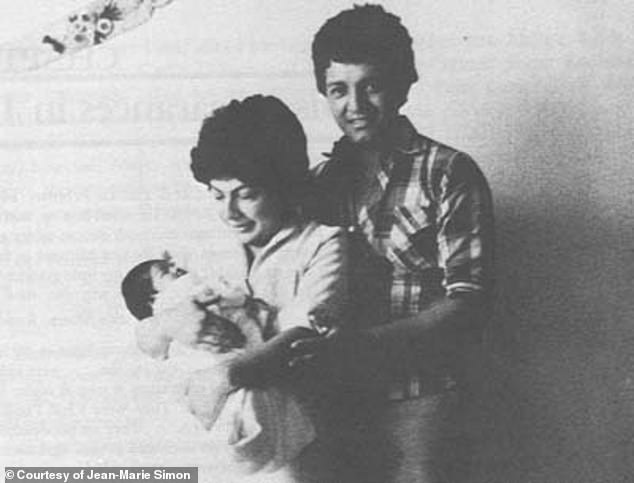 Edgar García, pictured with his daughter and wife, was shot in the leg by cops in Guatemala on February 18, 1984. He was ordered to board a police vehicle and was never seen again. A Guatemala court sentenced two police officers involved to 40 years in prison. A third cop remains at-large and a fourth, Hugo Gómez, who later emigrated to Los Angeles and became a pastor, is in the custody of ICE

Gómez has a pending deportation order and is currently being held at the Adelanto ICE Processing Center – West in Adelanto, California.

Leonor Gómez said the man with whom she emigrated with to the United States in 1987 as a married couple with two daughters is completely innocent of the kidnapping and forceful disappearance charges that are being levied against him.

Their third daughter was born in California and the couple obtained permanent residency status in 2003.

‘The accusations against him are totally false. We want justice. His innocence is going to be proven, but in order to do so we need a bail,’ said Leonor Gómez, who is also a pastor, during a press conference Wednesday in Los Angeles. ‘If you want tie him up in my house, but we ask that you provide the opportunity of due process.’

Debbie Gómez, according to Telemundo, said her father is infected with COVID-19. The Adelanto facility has reported 165 confirmed coronavirus cases since the outbreak. 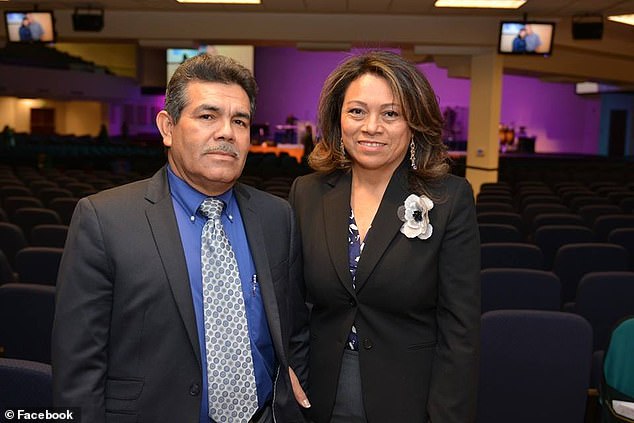 Hugo Gómez  (left) emigrated to the United States with his wife, Leonor Gómez (right), with their two oldest daughters in 1987 and settled in Los Angeles, where they had a third daughter 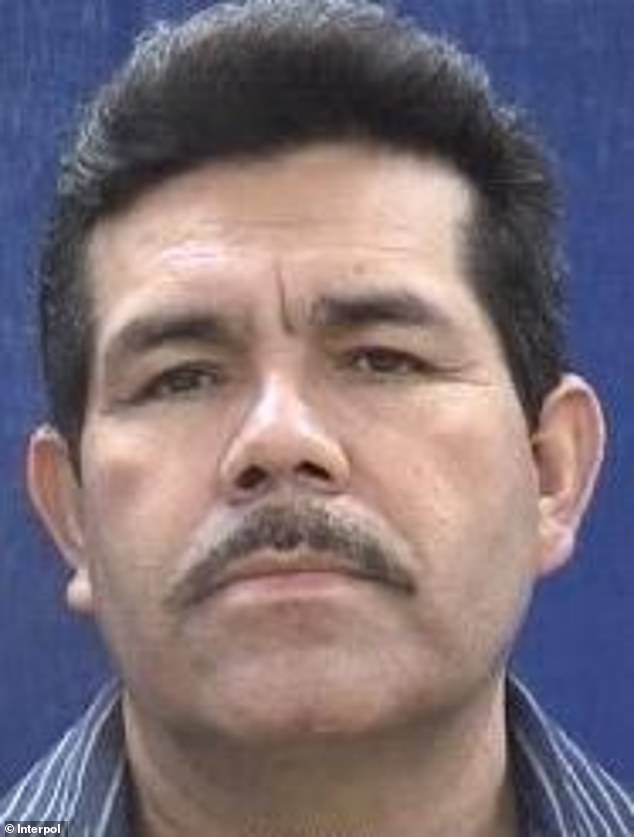 Guatemalan authorities issued an arrest warrant for the four officers involved in García’s disappearance on February 16, 2009.

Héctor Ramírez and Abraham Gómez were convicted to 40 years in prison on October 28, 2010. A third cop, Alfonzo De León, remains a fugitive.

‘He doesn’t  know anything about the incident they are accusing him of. He is denying everything, and I do believe it, said Hugo Gómez’s lawyer, Allan Diamante.

Diamante also questioned ICE’s decision to detain Gómez a decade after Interpol had issued the notice for his capture and said that the evidence submitted by Interpol is not sufficient enough to enforce his removal from the United States.

‘The problem is that Interpol is putting out more notices internationally, but they are not arrest warrants and can have many flaws,’ Diamante said according to La Opinión. ‘The US government should not depend on these notices to arrest or abuse a person.’