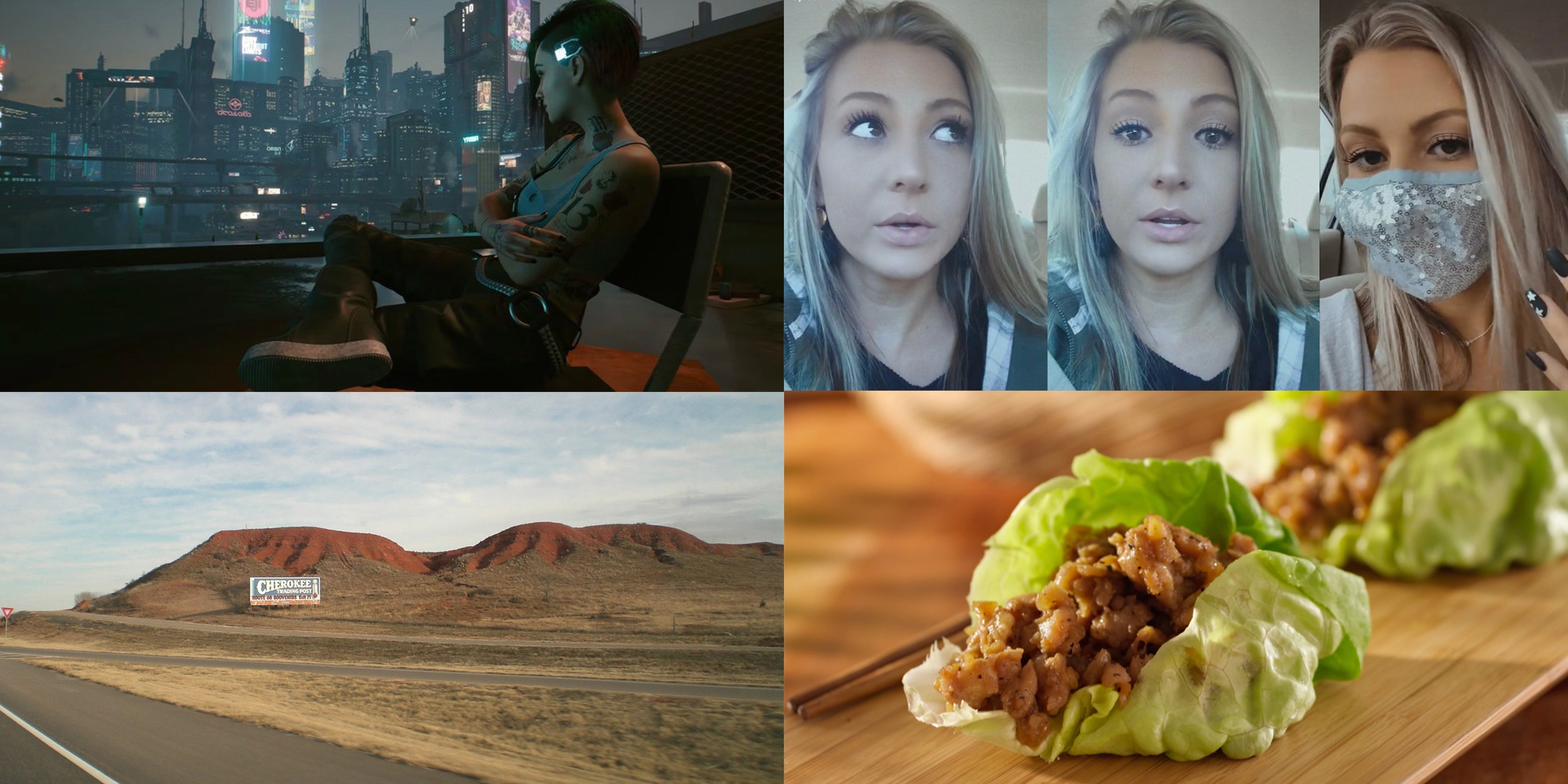 Sign up to receive the best of the internet straight to your inbox.

You thought your week had bad vibes, but supporters of President Donald Trump say they don’t have the “vibrational frequency” to get the coronavirus. In the news today:

Ahead of the long-awaited release of Cyberpunk 2077, a CD Projekt Red release, reporter Liana Ruppert of Game Informer warned of epileptic triggers in the game. Ruppert says her article was met with gamer trolls who intentionally sent her seizure-inducing flash videos.

People online are feeling little to no sympathy for a TikToker who admitted to only taking the coronavirus seriously after several of her family members died from it.

In a viral video, Jada Woods rails against face masks and brags about going maskless into stores that require them. But in a follow-up video, she says her uncle and grandfather died and that her aunt is on a ventilator.

The 2019 stripper movie Hustlers is an underrated gem, combining crime drama, buddy comedy, and social commentary about capitalism and sexuality in America. In this week’s episode of Behind the Seams, we explore the film’s deceptively clever costumes, which offer a pitch-perfect portrait of late-2000s fashion.

Subscribe to Behind the Seams so you never miss a new episode.

FROM OUR FRIENDS AT NAUTILUS

As Helen Rosner wrote for the New Yorker last month, even things that are supposed to bring us moments of meditation in quarantine—like, say, cooking—are getting tedious after nine months of relative isolation. I’ve found it hard not to get in a rut in the kitchen, and admittedly, some weeks I succumb to frozen pizza and curbside delivery. But there is one recipe I’ve been coming back to again and again, and somehow, it never tires me out.

Maybe it’s because it’s only three(!) easy steps. Maybe it’s the natural joy of eating with one’s hands or the colorful mise en place of lettuce, limes, and green onion. Whatever it is, Bon Appetit‘s spicy chicken lettuce wraps are a meal to behold—and they’re yummy every time.

—Jason Reed, art director, on the case for the new Apple AirPods Max

Thoughts? Contact our team at [email protected] and drop us a reader’s note: We just might include it next time.