By Sam Blitz For Mailonline

Napoli scored their fastest ever Serie A goal on Sunday as Hirving Lozano found the net after just nine seconds against Hellas Verona.

Gennaro Gattuso’s side went into the game looking to move into the Champions League places and got off to the perfect start with a goal straight from the kick-off.

German midfielder Diego Diemme picked the ball up inside the centre circle before scooping the ball over the top of the Verona defence towards Lozano. 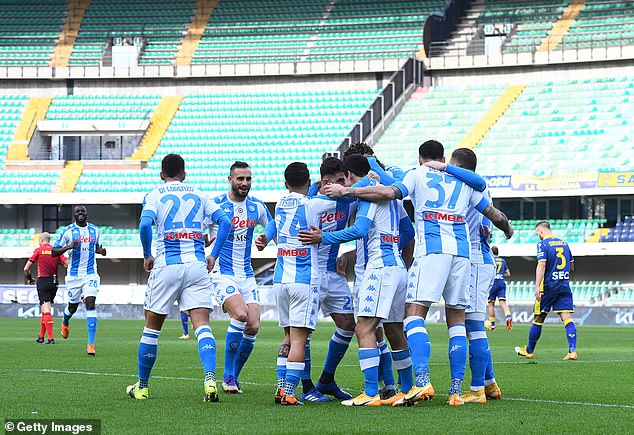 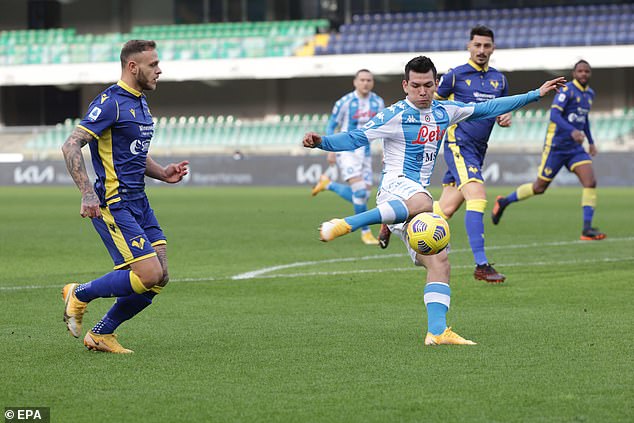 Defender Federico Dimarco got the ball caught underneath his feet which allowed the Mexican winger to go through on goal, before finishing under goalkeeper Marco Silvestri between the Verona sticks.

However, Dimarco managed to make up for the error just before half-time by netting the equaliser with his weaker right foot.

Lozano’s quick-fire strike may be Napoli’s fastest ever goal in the Italian top-flight but it is a few seconds shy of this season’s fastest goal in Serie A.

AC Milan forward Rafael Leao scored after just six seconds in the league leaders’ victory over high-flying Sassuolo in December – which is the quickest goal in Serie A history. 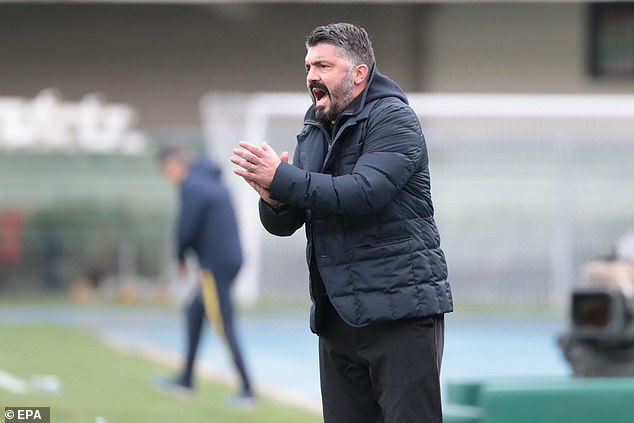 Napoli went into the game in sixth place but still in with a shout of winning the Serie A title this season.

Gattuso’s side began the match nine points behind Milan at the summit but with two games in hand.

Victory will take the Partenopei into third place over and a point ahead of last year’s champions Juventus.