First lady Melania Trump will finally attend a campaign rally alongside her husband, President Donald Trump, with just five days to go before the 2020 presidential election.

Late Wednesday, the White House put out the president’s official schedule, which showed the first lady joining up with him in Tampa, Florida for his first campaign rally of the day.

The first couple would then travel to Fort Bragg in North Carolina for ‘troop engagement’ before the president headlines a second campaign rally in Fayetteville, North Carolina, with Melania at his side. 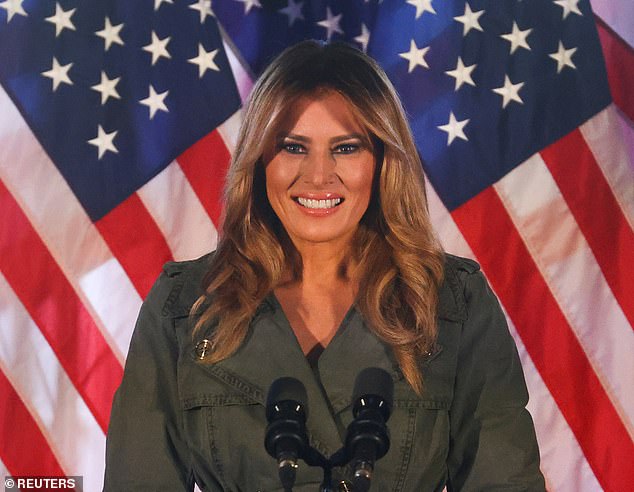 First lady Melania Trump will attend campaign rallies alongside President Donald Trump on Thursday. She went to Pennsylvania Tuesday for her one solo campaign appearance this cycle 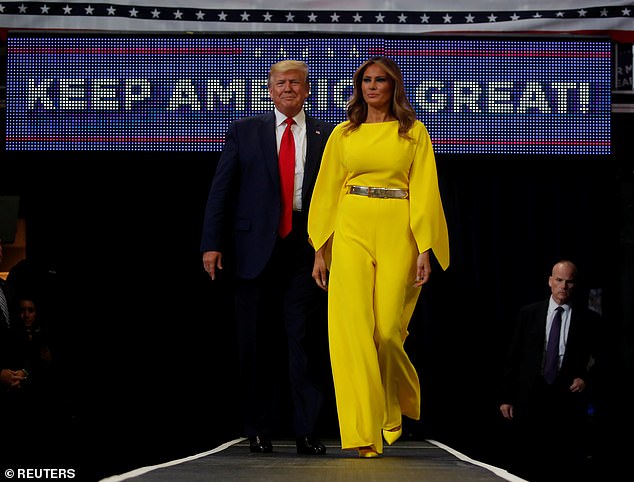 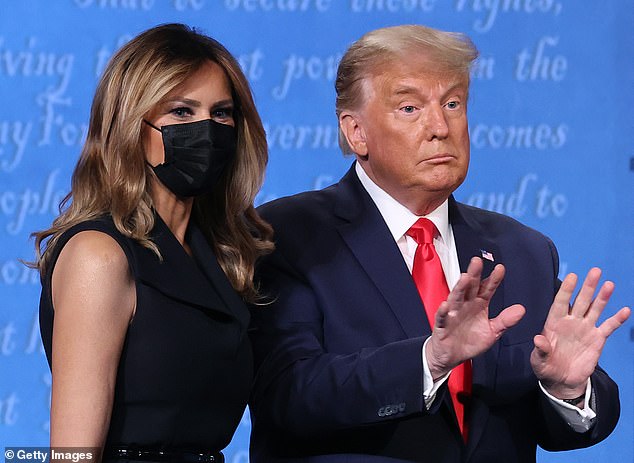 Fort Bragg is one of the military bases named after a Confederate figure that Trump doesn’t want to see renamed, despite bipartisan support behind the effort.

The last time Melania Trump attended a campaign rally was in June 2019 in Orlando, Florida.

Melania Trump was originally supposed to make her campaign rally debut on October 20, accompanying her husband to his event in Erie, Pennsylvania, but nixed the trip due to a lingering cough from the coronavirus

Both Melania Trump and the president tested positive for COVID-19 on October 1.

Trump resumed his rallies on October 12.

The first public event the first lady attended after coming down with the coronavirus was the October 22 presidential debate in Nashville, Tennessee.

Then, on Tuesday, she made a solo excursion to Atglen, Pennsylvania with former counselor to the president, Kellyanne Conway, to shore up support in the Philadelphia suburbs.

There, she launched a full-scale attack against Democratic nominee Joe Biden and his party.

‘Joe Biden’s policies and socialist agenda will only serve to destroy America and all that has been built in the past four years,’ the first lady said. ‘We must keep Donald in the White House so he can finish what he’s started and our country can continue to flourish.’

She reminded potential voters that her husband was dealing with an impeachment trial as the coronavirus was coming to U.S. shores.

‘Let us also not forget what the Democrats chose to focus on when COVID-19 first came into our country. While the President was taking decisive actions to keep the American people safe, the Democrats were wasting American tax-payer dollars in a sham impeachment,’ she said.

‘They cared more about removing our elected president. Meanwhile, I watched Donald continue to work hard to keep people informed and calm, to protect our economy, and make hard and unpopular decisions to do all he could to keep us all safe,’ she continued.

She repeated her husband’s attack line against Biden – that he called it ‘Xenophobic hysteria’ – to ban travel from China.

‘Now he suggests that he could have done a better job,’ she said. ‘Well, the American people can look at Joe Biden’s 36 years in congress and eight years in the vice presidency and determine whether they think he’ll finally be able to get something done for the American people.’