Pep Guardiola is insistent that Sergio Aguero will be the ‘same player’ when the Manchester City striker returns from a knee injury.

Aguero, who is City’s all-time leading goalscorer having netted 255 goals since signing from Atletico Madrid in 2011, is in the final year of his contract and is yet to sign an extension.

The 32-year-old has struggled with knee injuries in the past 18 months and is not yet match fit – but Guardiola does not believe that the Argentine may have lost his sharpness and potency in front of goal due to his lack of minutes. 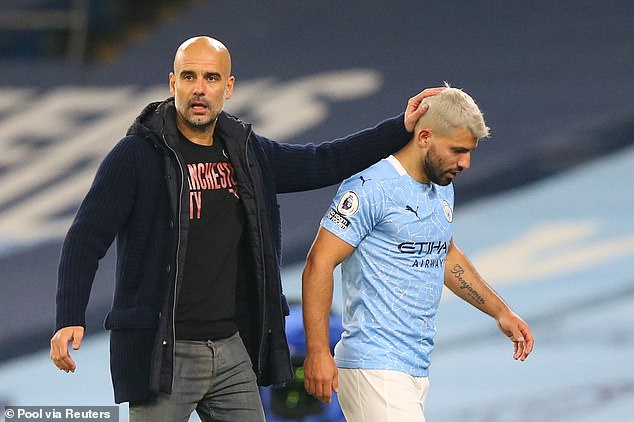 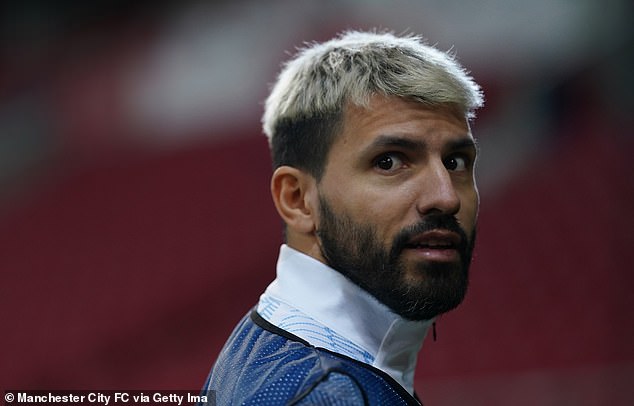 ‘When he will be fit, he’ll be the same player,’ Guardiola said, in his pre-match press conference ahead of City’s clash against Fulham on Saturday.

‘Of course, age is age, he has to be fit and will need a bit more time than [Phil] Foden or Raheem [Sterling] would, because the physicality of the body is completely different, but I’m optimistic he will help us this season to do what he needs.

‘For that he must have no pain in the knee; we are working on it and today it feels much better. When he is able to train one week and two weeks in normal conditions, he will come back at his best and his sense of goal is unique in this team.

‘That is why it is so important. We cannot forget we have already played five or six months without him – that’s a long time without our striker.’ 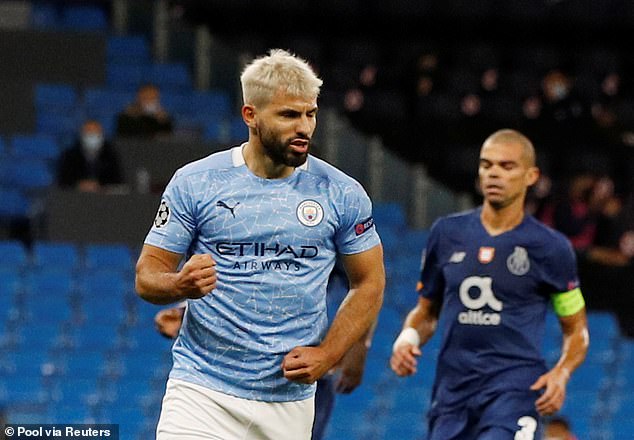 Aguero, whose only goal this season came against Porto in the Champions League, returned to action in October but was soon back on the sidelines with a hamstring injury, before a subsequent knock to his knee.

‘But I’m confident as he works a lot, he’s a lovely person, I have an incredible relationship with him, better than ever,’ Guardiola added.

‘I like him and we want him back as soon as possible for him and for the team.’

Meanwhile, Guardiola demanded on Friday that certain individuals improve their performances as the team enter a busy festive period. 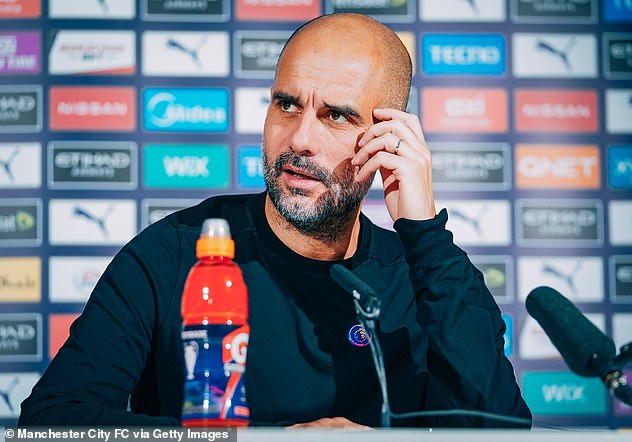 Guardiola has demanded that his Manchester City players improve their performances

‘All the players know now there are players who play good and don’t play the next game,’ Guardiola added.

‘There is a misunderstanding about the word rotation. Rotation looks like “I’m a big star and now I don’t play this game because I’m going to play the next important game (instead)”. This is a huge mistake for the players to have in their heads.

‘Now they know that having 19 or 20 players fit they have to raise their standards and play in as high a level as possible.’