By Ben Nagle for MailOnline

Manchester City have been accused of creating a fake scouting job for a former academy star’s father in a bid to sidestep Premier League rules and funnel money to the player’s family.

In an attempt to convince Gabriel Fernando Almeida, now 24, to join the club at the age of 14 in 2011, it is alleged that City went to extraordinary lengths to get the player to sign on the dotted line.

According to The Athletic, City may have breached Premier League rules by setting up Almeida’s father with a fake role in the academy scouting department as a way of sending thousands of pounds to the player’s family. 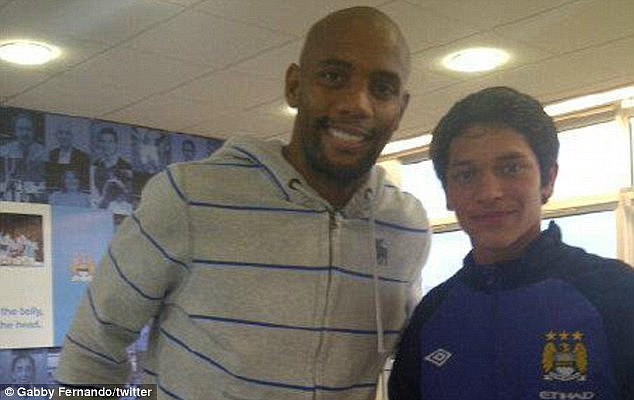 Documents have been provided to The Athletic which expose the payments, while the family have also spoken out to expose ‘a risk to the integrity of world football’ and to warn other young South American players of the issues they may encounter when enticed to European academies.

Almeida only stayed at City for three year before moving back to Brazil with Corinthians, but he returned to England in October 2020 to sign for non-League Stretford Paddock.

He is now reportedly once again preparing to head back to Brazil to sign a contract at a top-flight club there, and said of the City controversy: ‘Since it is something I have been through, people might notice more when this is happening to them.

‘They will be more careful if people try to do it to them. You think you have benefited at the time because you are a very good player, but you don’t see the other side.’ 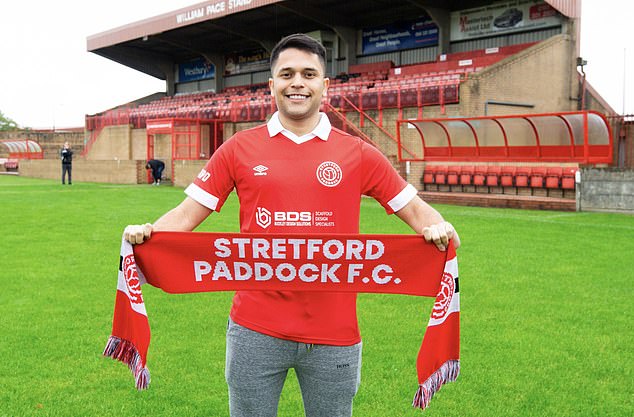 Almeida has been back in England in recent months, playing for non-league Stretford Paddock

It is not unusual for clubs to hire family members of young players, particularly after a long-distance relocation, but in this instance Almeida’s father insists he did not do any work for the club.

Indeed, he admits the role was invented as a means of ‘increasing payments to the family while the player was under the age of 16.’

While Almeida Snr admits he was sent to two internal scouting training sessions at City, both sessions were entirely in English and he didn’t speak the language. 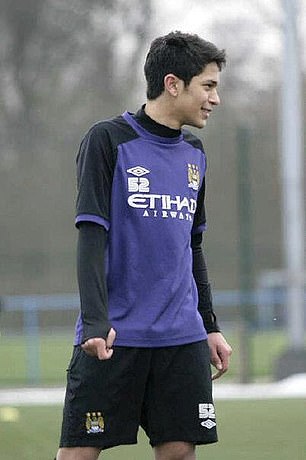 Speaking in Portuguese, he said: ‘The truth is that they paid me but I did not work. In truth, they tricked us because I do not speak English. They did arrange for me to take a course in scouting. I went to the classroom on two occasions, to appear there at the course. It was inside Manchester City.’

The Athletic, in their report, reveal the rules from the Premier League handbook for 2011-12, in which Rule N.90.1 states ‘no club shall induce or attempt to induce a player to become registered as a student by that club by offering him, or any person connected with him, either directly or indirectly, a benefit or payment of any description whether in cash or in kind’.

In a statement, Manchester City said the club ‘refutes any wrongdoing and entirely rejects the claims that have been made’.