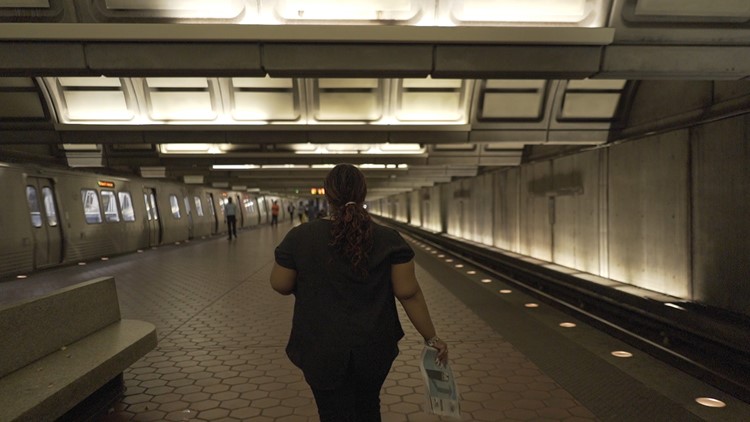 WASHINGTON — A man was shot on the platform of the Anacostia Metro station Tuesday afternoon, D.C. police said.

Officers were called out to the station for a report of a shooting shortly after 1:30 p.m.

Police said officers found a man who had been shot and was not breathing. He was taken to a hospital in the area. The man’s injuries were life-threatening, police said.

Green Line service has been suspended between Southern Avenue and Navy Yard as the investigation continues, a Metropolitan Police Department public information officer said in a statement.

Shuttle bus service has been established.

Investigators are looking for a suspect, police said.

This is a developing story that will be updated. Please check back with WUSA9 for new details.