Man, 22, broke six-week-old baby’s femur by using boy’s legs and arms as ‘drumsticks’ in cruel game but will avoid jail if he behaves himself for six months

By Tom Pyman For Mailonline 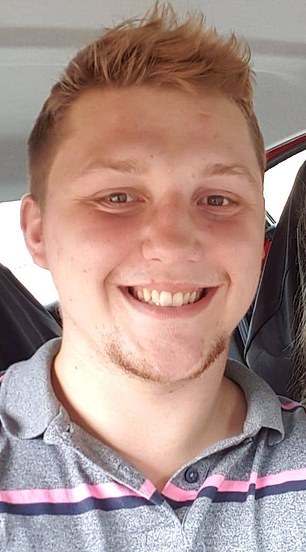 Lee Walker, pictured, was caring for the youngster when he injured him and left him crying in agony

A man broke a six-week-old baby’s femur by using the boy’s legs and arms as ‘drumsticks’ – but will avoid jail if he behaves himself for six months.

Lee Walker was caring for the youngster when he injured him and left him crying in agony.

The 22-year-old, of Hamilton, Lanarkshire, moved the boy’s legs around and used them to play a cruel ‘game’, but stopped when the infant suddenly started screaming.

Walker failed to mention the incident to the child’s mother even as she struggled to feed and soothe the tot afterwards.

But he made a tearful confession to authorities after doctors diagnosed the baby had a broken right femur and an investigation was launched.

Walker earlier appeared at Hamilton Sheriff Court and admitted culpably and recklessly causing an injury to the boy by means unknown in November last year.

Sheriff Thomas Millar has deferred sentence on him for a further six months for him to be of good behaviour.

Walker’s lawyer told the court he had complied fully with social workers preparing a report on the case and the horror injury had been an ‘accident’.

At a previous hearing, the court heard the boy’s mother had taken him to hospital after seeing the leg was floppy and the boy became hysterical anytime it was touched.

Police and social workers investigated the incident and Walker eventually said he was responsible for the injury. 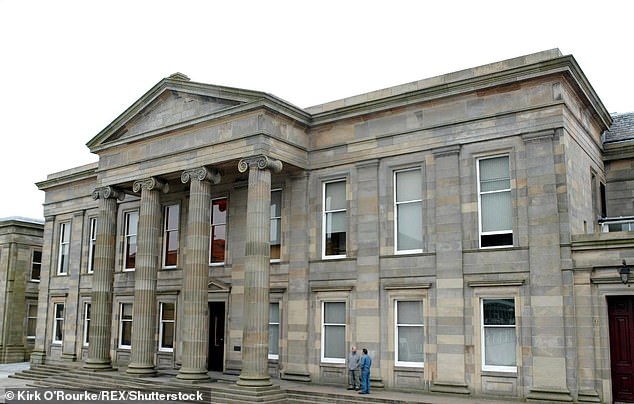 Walker earlier appeared at Hamilton Sheriff Court, pictured, and admitted culpably and recklessly causing an injury to the boy by means unknown in November last year

‘The mother did not make anyone aware of this.

‘The accused then contacted social work in a distressed state and provided details of the game where he was pretending to play drums with the child’s arms and legs.

‘He said he took the child’s legs and began shaking them up and down like drumsticks before the child gave a sharp cry and his face dropped and was continuing to cry for two minutes after.

‘The accused said he managed to settle him but did not tell anyone because he did not think the child was injured.’

Walker had originally been charged with assaulting the boy to his severe injury but prosecutors accepted a guilty plea to the lesser charge.

He will return to court in May.