Surveillance video shows the moment a 31-year-old man is executed in broad daylight while sitting at a bakery in Colombia.

The security camera shows the victim, identified as Jhon Tovar, sitting at a sidewalk table while he has a drink Wednesday afternoon in the western Colombian department of Valle del Cauca. 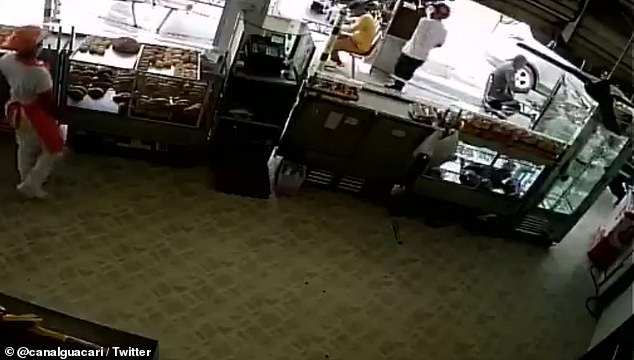 Jhon Tovar (pictured top center the yellow t-shirt) was executed while having a drink at a bakery in Valle del Cauca, Colombia, on Wednesday. The assassin (pictured right in the white t-shirt) fired at least three shots at the 31-year-old before he escaped. No arrests have been announced by Colombian authorities

Moments later, the shooter aims his gun and fires at least three shots.

After striking Tovar in the back of the head, the suspect turns around and runs down the street, disappearing from the surveillance camera’s view.

A female worker and at least two other customers sitting near Tovar watched in horror as his body slumps in the chair.

Authorities have not provided a motive for Tovar’s killing or made any arrests. 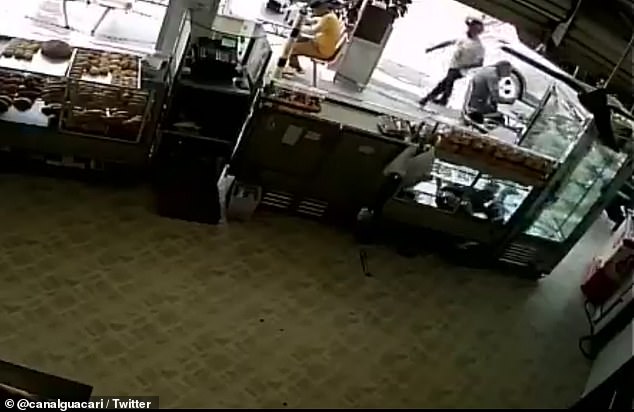 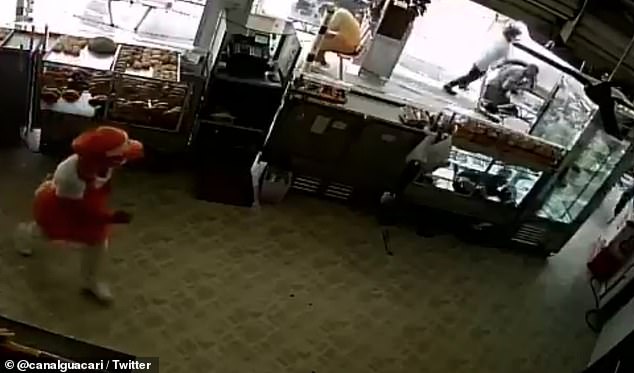