Is this the most passive aggressive note ever? Letter offering ‘free parking lessons’ left on a Bondi car divides opinion – so who do you think is in the right?

A frustrated driver has left a passive aggressive note on the windshield of a car taking up two parking spots.

Damien Hammond spotted the car parked in the middle of two driveways in Bondi, in Sydney’s east, which he claims could easily fit two vehicles.

Despite a huge demand for spots in the beach suburb, the driver had taken up both parking spaces, prompting Mr Hammond to leave a sarcastic note.

It also included tongue-in-cheek hashtags ‘learn how to drive like a champ’, ‘this is a really, really bad attempt’ and ‘get some much-needed skills’. 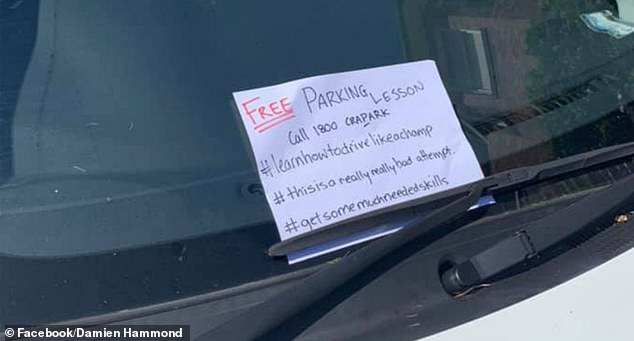 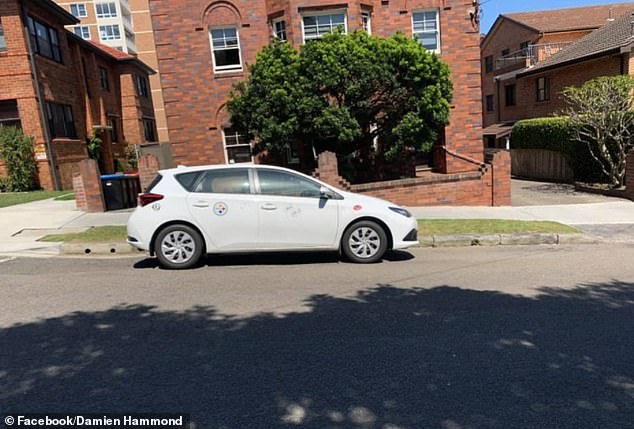 He shared the images to the Bondi Local Loop Facebook page and offered his free services, telling people not to park ‘like a pelican’.

But his post divided opinion, with some locals criticising him for writing the note.

‘There may have been a motorbike behind it when they parked. As far as Bondi parking goes, This is actually pretty good,’ one person explained.

‘People never have some critical thinking and always make assumptions,’ another wrote.

‘How do you know there wasn’t cars on either side,’ someone else asked.

‘How do you know what the parking situation was at the time when they parked? Bit precious don’t you reckon?’ another wrote. 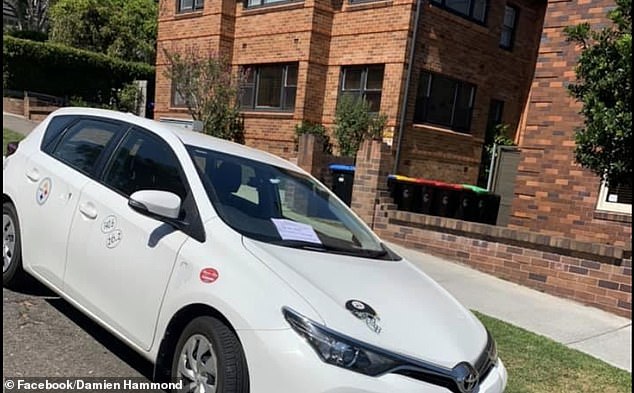 Others agreed with Mr Hammond and said it annoyed them when people took up two parking spots.

‘It sh**s me when people do this in my street too,’ someone commented.

‘Hate people who park like this they’re everywhere,’ another wrote.

‘I feel this on a spiritual level,’ one agreed.