Kansas City hospitals were forced to turn away ambulances amid a severe surge in coronavirus cases and hospitalizations, as health officials warned the region could emerge as ‘the next New York.’

A St. Luke’s spokeswoman added that two of the hospitals were part of the St. Luke’s system. She did not identify the others.

‘We’re bursting at the seams in the metropolitan area, and really across the state and the region,’ Larsen told the Kansas City Star in a phone interview.

‘I worry that if we don’t start taking this seriously as a metropolitan area, we’re going to be the next New York,’ Larsen added. 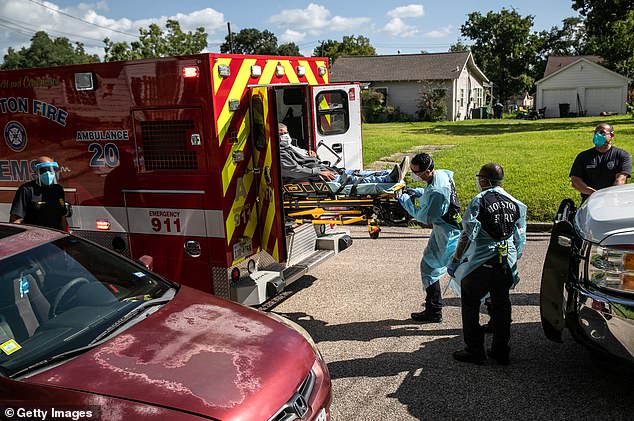 At the beginning of the pandemic, New York – specifically New York City – emerged as the country’s epicenter.

In an interview with ABC News, Larsen further explained that the uptick in patients had dwindled their ability to provide care.

‘We had eight facilities at one given time that were on “diversion,” or what we call high-volume status,’ he told ABC News.

‘That doesn’t mean that we don’t still take the time-critical diagnoses — we still take our stroke patients, our trauma patients and our heart attack patients — but it does limit our ability to provide care to the remainder of ambulances. 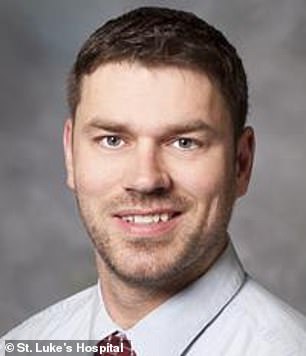 Dr. Marc Larsen (pictured) warned that Kansas City could become the ‘next New York’ if the surge is not squashed

Larsen told the publication that hospital volumes had calmed some on Friday, but he ‘would not be surprised if this evening and throughout the weekend that we continue to see high volumes and emergency departments across the region.’

He added that the current trajectory and quick case increase was ‘a big concern’ as flu season approached.

‘With our numbers where they are coming into influenza season, I worry that the facilities will continue to be pushed to the brink on our ability to care for each and every single one of these patients like we need to. 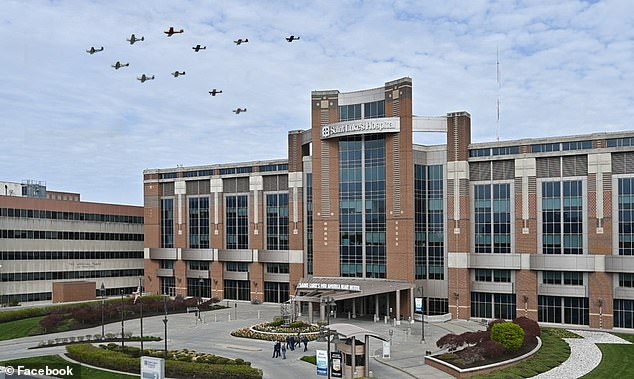 ‘Peak flu season is always our busiest time of the year. We have a lot of sick patients and our volumes are a lot higher,’ he told ABC News.

‘The volumes that we’re seeing at this moment are very similar to what we see, typically, in January or February. If we’re already at that level and we have this large influx of influenza patients — as we typically do — where will we take care of all these patients?’

He encouraged every American to get a flu shot this year, even if they’ve never gotten one before.

According to Mid-Atlantic Regional Council’s dashboard, the average daily coronavirus-related hospitalizations raised some 10 per cent this week around Kansas City area.

Officials recorded a seven-day average incrrease of around 133. ABC News reports that local hospitals saw a 28 per cent increase in the average number of ventialted patients, while ICU numbers rose 11 per cent.

There were 867 hospitalizations this week after 22 less were recorded last week.

Missouri has reached record hospitalization levels several times over the past few weeks, with the latest record of 1,443 being set Wednesday.Among the regions setting new records was the Kansas City area. 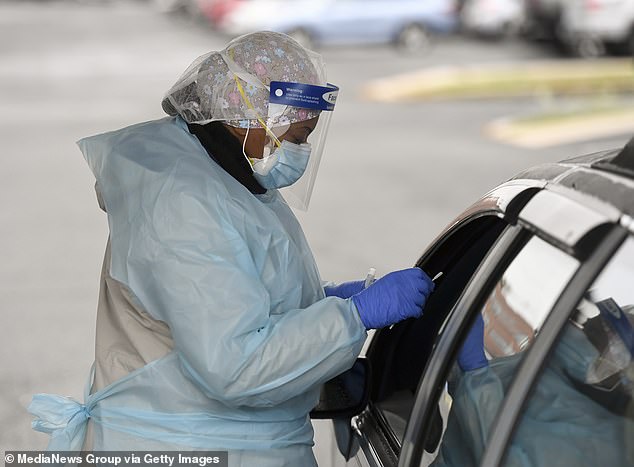 Missouri is among several states seeing a surge in new virus cases. On Friday, the state reported 2,017 new cases and 17 additional deaths. Missouri has reported 152,571 confirmed COVID-19 cases and 2,459 deaths since the onset of the pandemic.

The outbreak is prompting the White House Coronavirus Task Force to recommend that universities in the state test all students before Thanksgiving break, KCUR reported. Some university leaders said it’s a costly plan and mass testing isn’t effective.

The task force urges schools to ‘work with university students to keep cases low, with the goal of low transmission in preparation for Thanksgiving.’

Twelve more inmates at the St. Louis County jail have tested positive for COVID-19, bringing the number of current detainees with the coronavirus to 32. 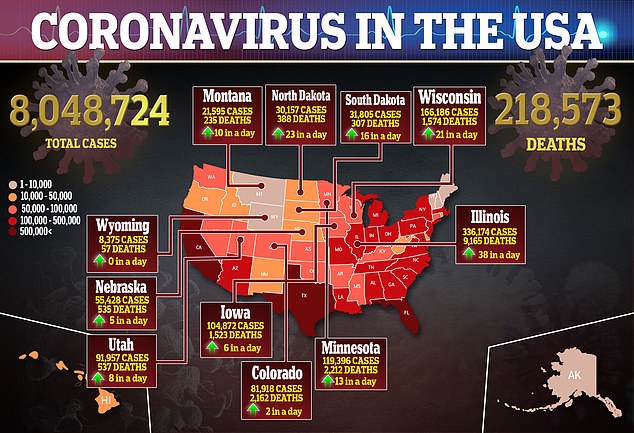 Officials decided to test all 898 inmates after an outbreak was discovered on Oct. 2. As of Thursday, test results were pending for 103 inmates, St. Louis County Health Department spokeswoman Sara Dayley said.

Most of the inmates have no symptoms, but she noted three were experiencing mild symptoms.

After an inmate tested positive for the coronavirus during routine screening on Oct. 2, it prompted the facility-wide testing. Officials are still trying to determine the source of the outbreak.

Before October, the jail had reported 37 cases among inmates and 24 among employees. All of the earlier cases were traced to those bringing the virus with them once they entered the jail.