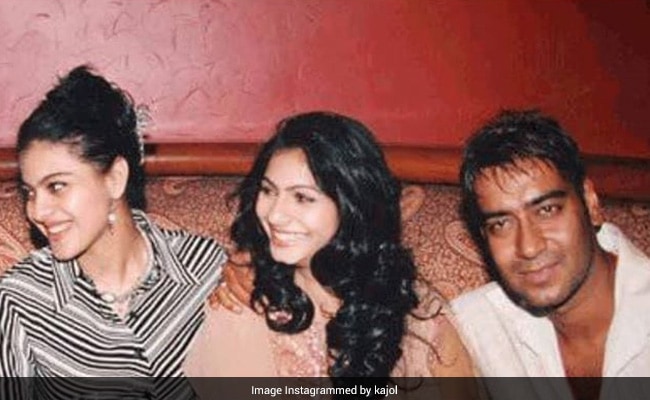 On Teachers’ Day 2020, Kajol paid a heartfelt tribute to those who imparted great life lessons to the actress – her family. In order to do so, Kajol took a trip down memory lane and dug out a priceless throwback photo, featuring her parents – former actress Tanuja and late cinema veteran Shomu Mukherjee. “From everything that we learn, what stays with us is the what we get from our family,” Kajol captioned her photo, which also stars Kajol’s sister Tanishaa Mukerji and husband Ajay Devgn. “Here’s to my closest clan who’ve taught me great values of life,” read Kajol’s post. “Happy Teachers’ Day 2020,” she added. Kajol and Ajay Devgn are parents to a son named Yug and daughter Nysa.

Here’s a leaf out of Kajol’s family album:

Teachers’ Day or not, Kajol’s Instagram is the filled with throwback gems from her family archives. On her father Shomu Mukherjee’s birth anniversary this year, Kajol shared a montage of black and white memories and wrote: “”It’s my dad’s birthday today. The most I see him now is the In some photos and parts of my mirror. What I remember the most is the the way his eyes would light up when he saw me.”

Kajol’s shout-out to the “true feminists” of her family introduced us to who she “came from” with this post. To help you understand, that’s Kajol’s mother Tanuja on the bottom left, Tanuja’s sister Nutan on bottom right and Kajol’s grandmother Shobhna Samarth on the top right of the collage.