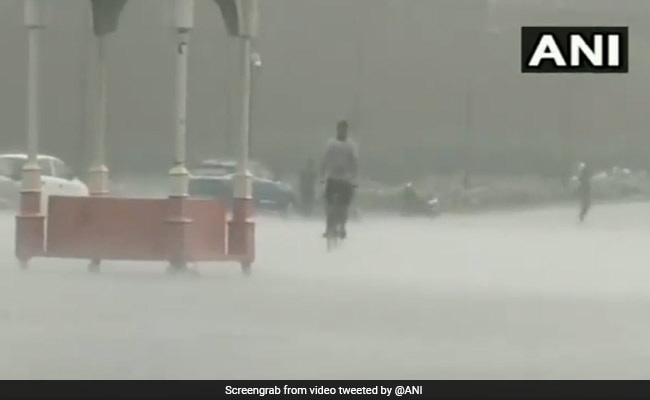 Heavy rain with thunderstorms hit the national capital on Saturday evening, bringing respite from the humidity. The downpour, however, also triggered waterlogging into several parts of the city.

Earlier into the day, the weather department had predicted maximum and minimum temperatures to settle around 35 degrees Celsius and 26 degrees Celsius with light to moderate rain into the city.

Delhi had recorded 236.5 mm rainfall into August this year, the highest for the month into seven years, according to an India Meteorological Department data. However, the city has recorded just traces of rainfall into the first five days of September.

The Safdarjung Observatory, which provides representative data for the city, recorded 236.5 mm rainfall against the normal of 245.7 mm till August 30, a deficiency of four percent.