The heartbroken owner of a missing puppy has claimed a stranger messaged her to say she had found the dog – but wouldn’t give it back.

The teenager initially thought the puppy had escaped through a gap in the fence, but later realised the space was far too small.

However, Ms Baylis also found that a bin in her garden had moved.

Believing that Nelly may have been stolen, the worried teenager reported the missing pup to police and launched an appeal on Facebook.

Not long afterwards, her mother received a message from a stranger who claimed the lost puppy had been found – but said she would not give her back. 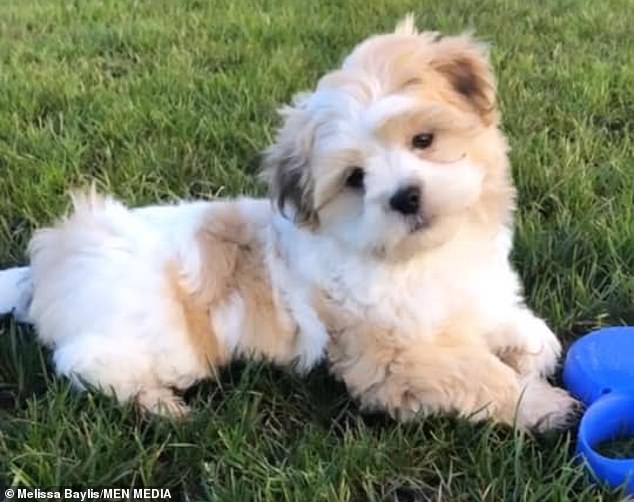 Ms Baylis said the woman sent photographs of a dog thought to be Nelly being fed inside a house, before the stranger deleted her Facebook account.

The woman allegedly said in her message that she intended to find the pup a ‘safe, caring home.’

The message reportedly read: ‘I believe you have lost your puppy. On 21.11.20 approximately 1pm your puppy was found roaming around Ashton-under-Lyne.

‘The puppy was found safe and due to irresponsible owners, it has left me no choice to find it a safe, caring home.

‘Please count yourself lucky you have not been reported to the RSPCA.’

Ms Baylis said she ‘can’t stop worrying’ about Nelly since her disappearance, adding the dog had only been with the family for a week before she went missing. 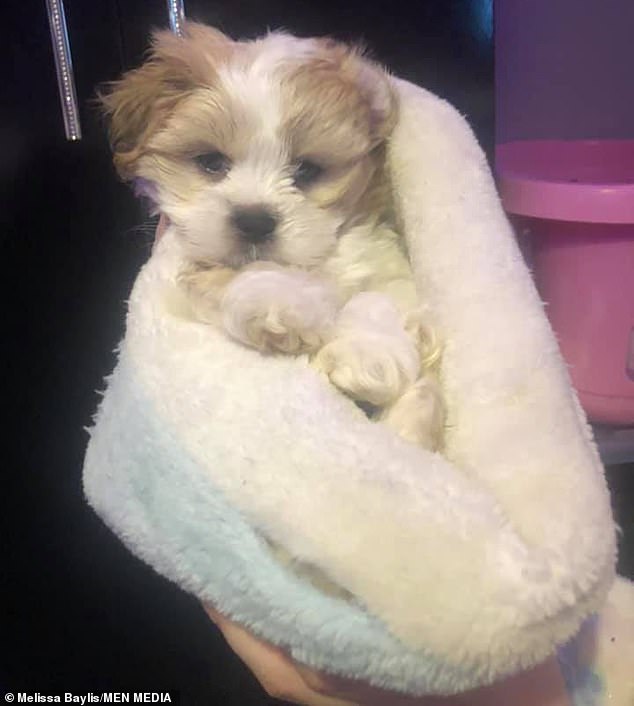 The teenager initially thought the puppy had escaped through a gap in the fence, but later realised the space was far too small. Pictured: Nelly

‘We found out that she was not in the house on Saturday just before 12pm’, she said.

‘I rang the police and they said we had no evidence about her being stolen so it couldn’t be reported. I went around and checked my estate and everywhere.’

The teenager had taken a picture of her garden the day before the puppy went missing.  She noticed that the following day, a bin had been moved into a different place.

‘The only gap that she could have got through was only about three fingers wide,’ she added.

‘I shared about her being missing on Facebook and then the woman sent my mum the message. I’m unsure as to whether it was a false account.

‘She just sent that one message and then nothing was going through. She deleted her account and we couldn’t get in touch so we rang the police again. 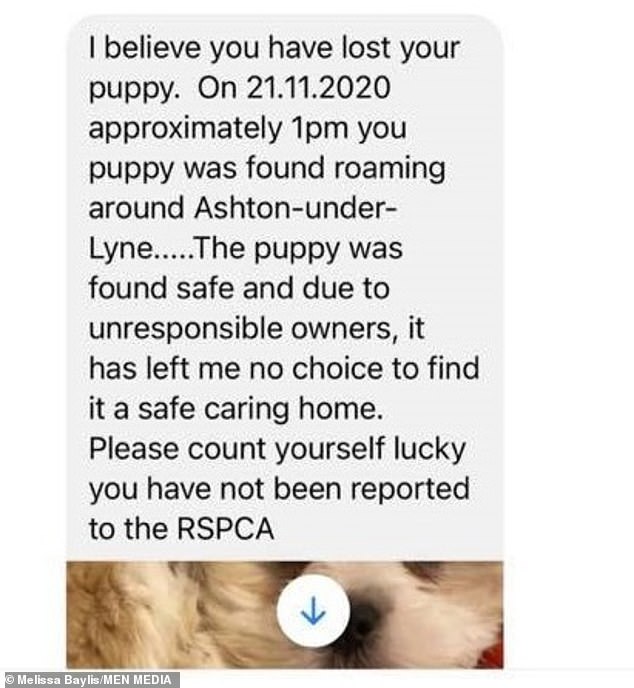 Ms Baylis said the woman sent photographs of a dog thought to be Nelly being fed inside a house, before the stranger deleted her Facebook account. Pictured: The message

‘We had only had her for about a week and I can’t stop worrying about her.’

A Greater Manchester Police spokesperson confirmed an investigation into the incident is ongoing.

In a statement, they said: ‘At around 2.30pm on Saturday 21 November 2020, police were called to reports that a puppy had been stolen from a garden on Marlborough Street in Ashton-Under-Lyne.

‘No arrests have been made and enquiries are ongoing.’

A spokesperson from the RSPCA said: ‘This sounds very distressing for the owner of the puppy. As an animal welfare charity the RSPCA doesn’t deal directly with pet theft – leaving criminal matters such as this to the expertise of police.

‘We’d also advise that owners never leave their pets tied up outside shops or alone in cars, ensure their gardens are secure with gates locked, and ensure their pet has a good recall and doesn’t stray too far when off-lead on walks.

‘Anyone who suspects their dog may have been stolen should immediately alert police, contact their microchip company to register their pet as stolen and inform local rescue groups, vets, dog walkers and neighbours.’