Man, 39, is accused of shooting his own BROTHER, 31, dead inside their family home

A man has been accused of fatally shooting his own brother in their family home.

Haig Arslanian, 39, is alleged to have killed his younger brother David, 31, at about 7.20pm on Monday at their Whittington home in Geelong, which they share with their parents.

Emergency services were called to the home but David dies at the scene. 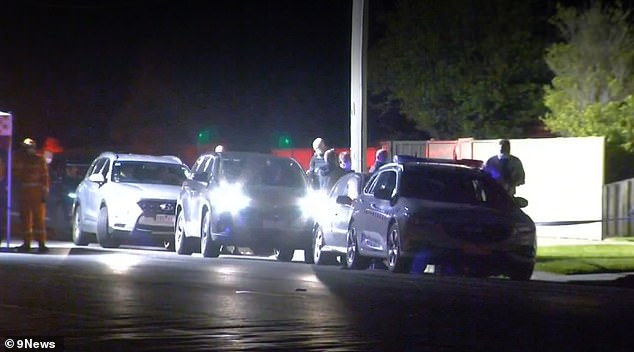 Haig Arslanian, 39, is alleged to have killed his younger brother David, 31, about 7.20pm on Monday at their Whittington home in Geelong, Victoria (pictured: police at the scene)

An overnight manhunt led police to Arslanian, who was staying at his friend Rachel’s house, before he was taken into custody and charged with one count of murder.

Arslanian appeared at Geelong Magistrates Court on Tuesday morning and appeared to fiddle with his hands while listening to the case, the Geelong Advertiser reported.

His lawyer Michael Brugman told the court that this was his client’s first time in custody and that he was a schizophrenic.

He said that Arslanian required medication and was unsure of the last time he took it in the lead up to the alleged murder.

Arslanian was remanded in custody and is due to reappear in court on March 5 next year. 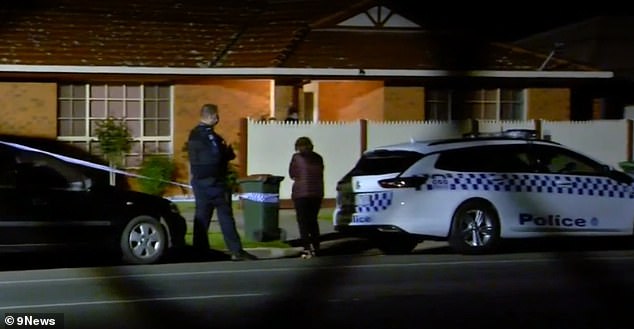 Rachel said Arslanian was a ‘kindhearted man’ who was suffering from bad mental health.

‘He has mental health demons that he has battled in recent years,’ she told the publication.

‘This was all over family tensions, you sweep things under the carpet for years.’

The gun is understood to belong to the family.

The family is well-known in the area thanks to their butcher shop Belmont Finest Meat and Poultry.