‘You are Satan’: Grieving widow of bikie boss Mick Hawi in extraordinary public row with a former friend who gave evidence at the Comanchero leader’s murder trial – as footage of their explosive confrontation is posted by BOTH woman on social media

The grieving wife of a former bikie boss who died in a hail of bullets has become tangled in a bitter falling out with a former friend who gave evidence at his murder trial.

Extraordinary footage showed them both rowing in the mall, as their row spilled out after weeks of warring on social media. 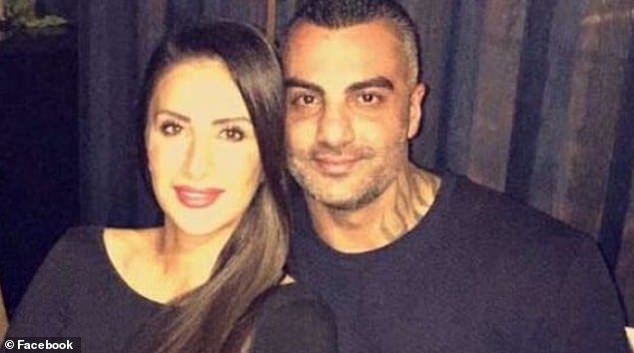 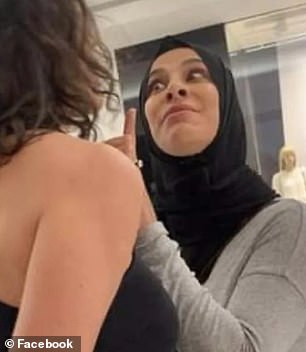 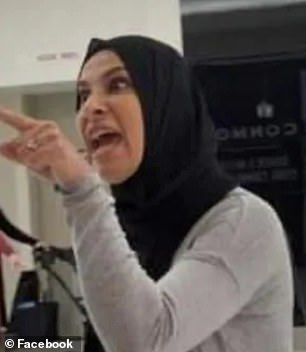 His wife, Carolina Gonzales (pictured) bumped into her former close friend, Ophelia Haragli, at the Bankstown shopping centre last weekend where the two had a heated confrontation

Ms Haragli gave evidence into the investigation of his murder, and told police Mr Hawi had extorted $500,000 from her cousin and another man, the Daily Telegraph reported.

During the tense encounter at the shopping mall, Ms Gonzales was seen pointing her finger at Ms Haragli with a furious look on her face.

Photos of the interaction were shared to social media by both women but have since been deleted, according to the newspaper.

She said that during their spat, Ms Gonzales had called her an ‘attention seeker’ with the encounter even being posted to Facebook in a live video.

‘A shopping trip in Bankstown leads to these embarrassing and angst provoking scenes and me turning my head inside out frantically trying to work out which exit we might be ambushed at,’ Ms Haragli wrote online. 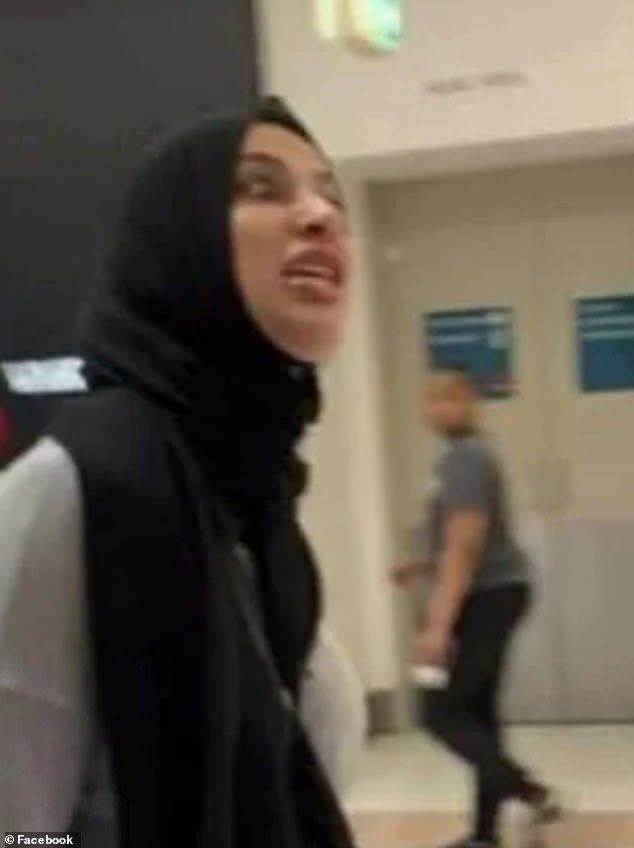 Ms Gonzales pointed her finger at her former friend Ms Haragli who called her ‘Satan’ (pictured, during their public spat in Bankstown) 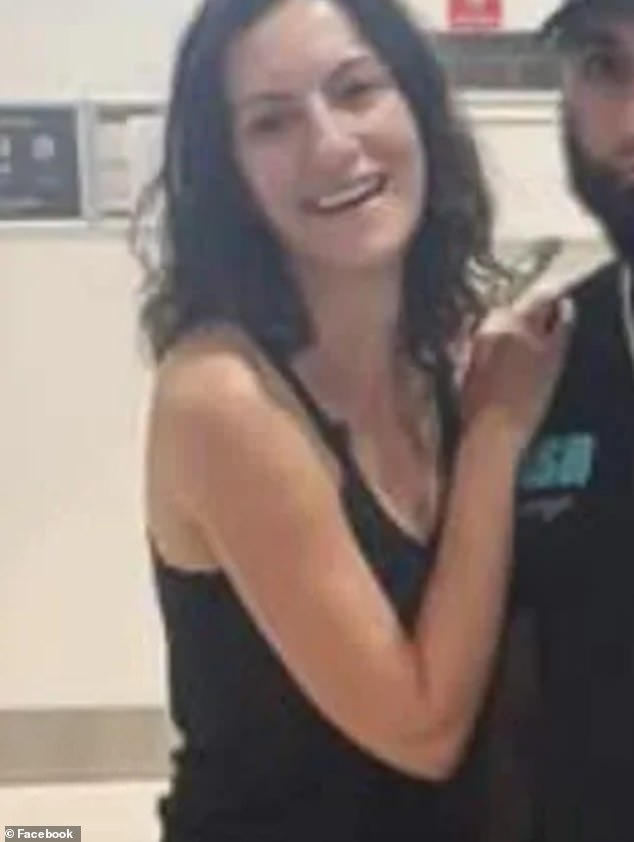 Ophelia Haragli (pictured) gave evidence into the investigation of Mr Hawi’s death and said he extorted $500,000 from her cousin and another man

‘I’m proud to say I have a life and it’s a damn ­worthy one and that if you just f**k off and leave me alone it’s better for you.’

While giving a statement to police after Mr Hawi’s death, Ms Haragli said she had befriended him and his wife back in 2009.

But the relationship turned sour after Ms Haragli told police the former bikie had extorted the money. 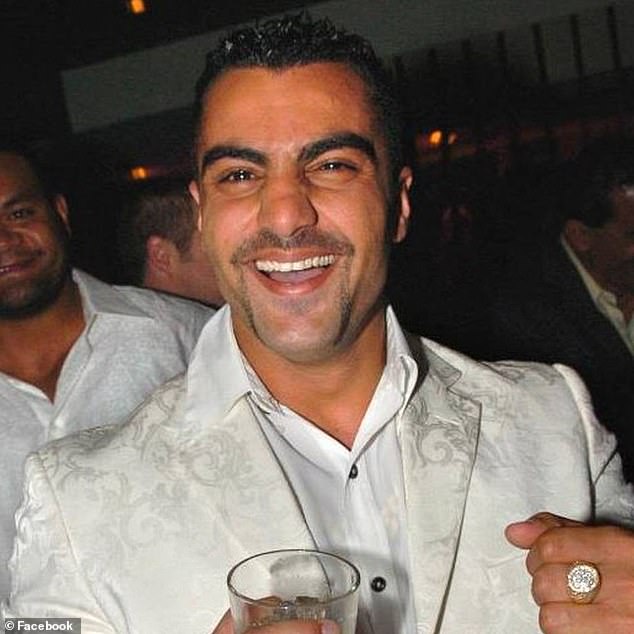 Mr Hawi (pictured) was the former leader of the Comancheros bikie gang before he was shot in February, 2018 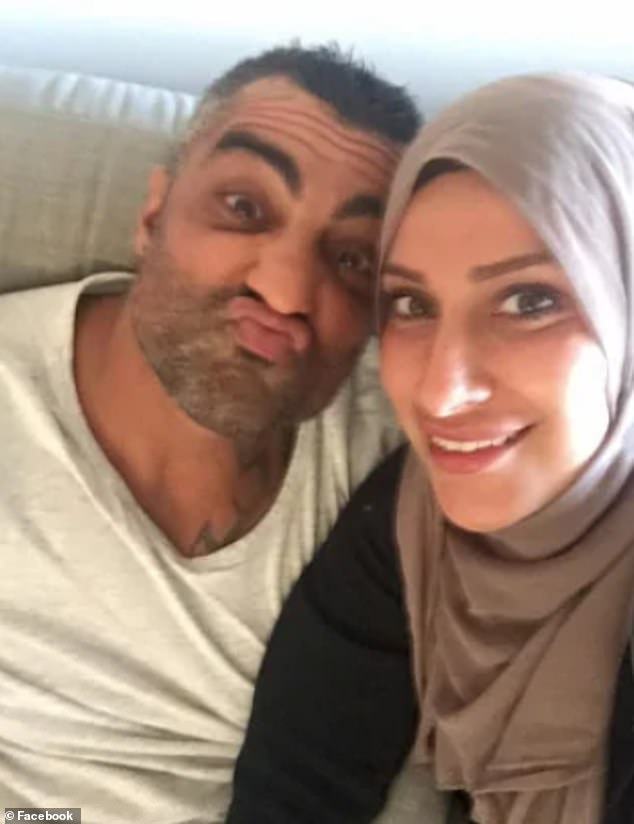 Ms Gonzales (pictured, with Mr Hawi) denied her husband had attempted to extort any money

Just hours after the bikie was killed, the court heard Ms Gonzales had gone to Ms Haragli’s home and threatened to kill her husband.

‘I didn’t mean it. I was angry, my husband had just died,’ Ms Gonzales told the court.

She also denied her husband extorted any money.

Meanwhile, Ahmad Doudar, 40 pleaded guilty to being an accessory after the fact to murder by assisting with disposing of an alleged getaway car.

Doudar was sentenced to four-and-a-half years behind bars.