Gladys Berejiklian has revealed she was deeply ‘in love’ with Daryl Maguire and had dreams of marrying him, but never considered him to be her boyfriend.

The New South Wales Premier did the rounds on Monday morning, first chatting with Ben Fordham and later on the Kyle and Jackie O Show to bare all about the ‘close personal relationship’ she shared with the disgraced former MP.

Ms Berejiklian has struggled to put a label on their relationship since she was called to give evidence at an Independent Commission Against Corruption inquiry.

She was forced to unceremoniously sack the Wagga Wagga representative in 2018 after learning he was allegedly making dodgy deals.

But she continued the ‘close personal relationship’ with the 61-year-old until as recently as September, when she learned she would be required to testify at the inquiry.

She told Kyle and Jackie O she made a conscious effort to ‘never assume the worst about people’ but admitted ‘in this case I should have’.

While revealing details about her personal relationships had been ‘humiliating and embarrassing’, she said it had made her feel ‘more human’.

‘I’m actually starting to feel even stronger after it all… It’s made me feel more human and vulnerable than I’ve ever felt before,’ she told the breakfast show hosts. 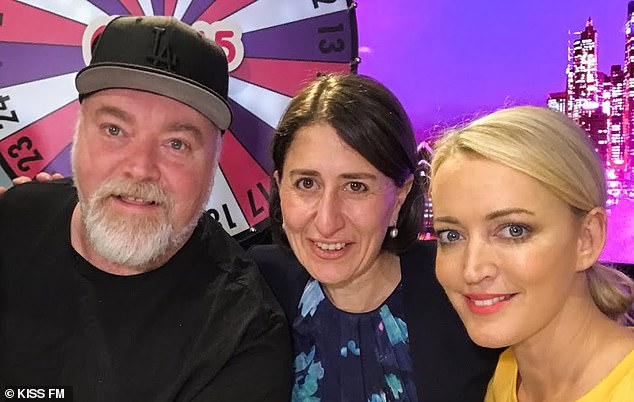 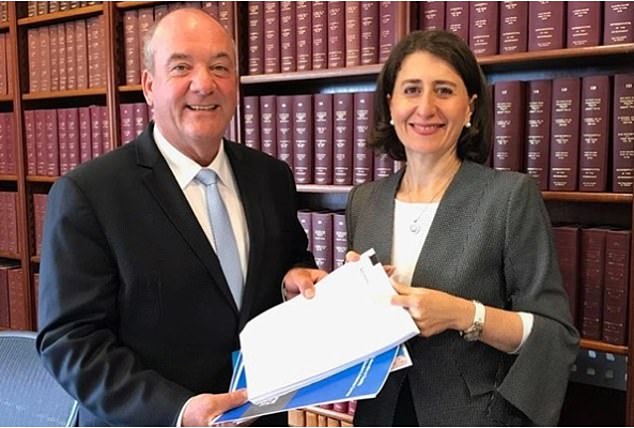 Ms Berejiklian admitted to 2GB’s Ben Fordham she lacked experience in intimate relationships after dedicating so much of her life to politics.

‘It’s fair to say that on average I would probably have less experience than the average person, but that’s an excruciating thing to talk about,’ she said.

‘I was certainly in love with him… but no, he wasn’t my boyfriend.’

‘I’ve always been focused on my job and my work and my family and I haven’t really had time for a lot else to be honest.’

When asked why she never spoke to her family or friends about a man she was supposedly in love with, Ms Berejiklian said she was hesitant to share her feelings without knowing that the relationship would last.

‘It wasn’t a normal relationship, he wasn’t my boyfriend. I certainly hoped he would be, but it wasn’t sufficiently substantial. I didn’t want to introduce anyone to my close network unless I knew,’ she said.

‘I was certainly in love with him… but no, he wasn’t my boyfriend.’

Ms Berejiklian also dispelled Kyle Sandilands’ theory that she was a lesbian.

Responding to Sandilands’ question about whether she had ever ‘dabbled’ in a same sex relationship, Ms Berejiklian said: ‘I haven’t and I didn’t. Not that there is anything wrong with that.’

Sandilands said he understood why she’d want to keep the relationship private, given ‘secret sex is the best sex’, but the premier was hesitant to comment on the intimate details of her former relationship. 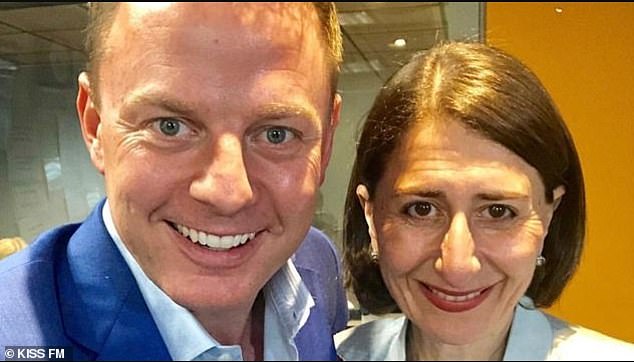 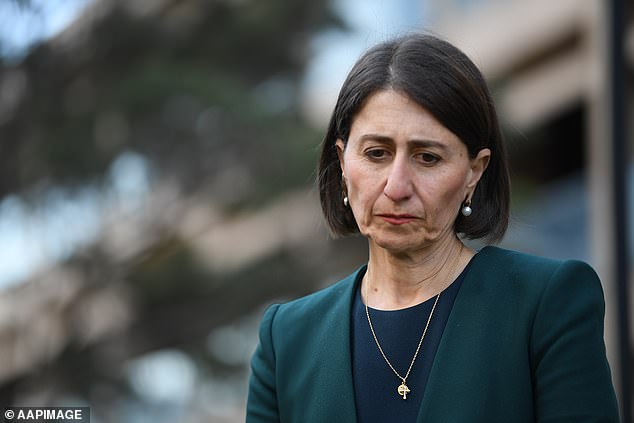 Throughout the ICAC inquiry and several media appearances afterwards, Ms Berejiklian appeared stoic, but confessed she had shed tears in the privacy of her own home over the embarrassment of the entire experience

She said she hadn’t given herself much time to mourn the relationship since last week’s inquiry.

‘When you go through something traumatic, you have responsibilities so you have to compartmentalise what you’re going through. My priority has to be to this great state,’ she told Fordham.

The stoic New South Wales leader confessed she’d shed tears in private but was now focused on getting on with the job and reminding the public why she was voted in.

‘For someone who is very private, I’ve tried to be as open as possible… last week was a difficult week,’ she said.

Ms Berejiklian confessed she still hadn’t told her parents the extent of the relationship, even after intimate details were revealed to the public last week.

‘I still haven’t spoken to my parents in great detail, but they’ve been extremely supportive,’ she said.

‘Those conversations in great detail will happen over the course of time but I’ve got other responsibilities.’ 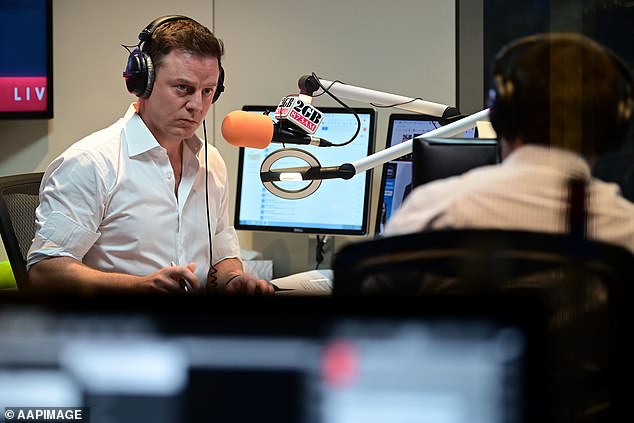 Many, including Fordham, told her she was the best premier the state had elected in a long time. ‘I think we’d be mad to sacrifice the best premier we’ve had in so long over something like this,’ Fordham said 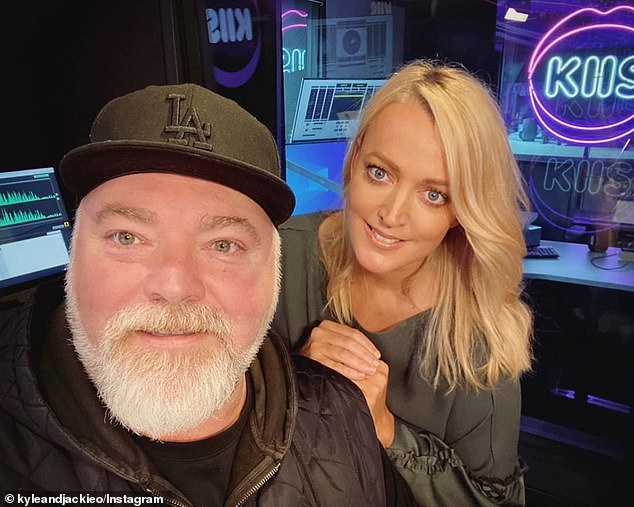 Ms Berejiklian was overwhelmed as callers poured in to beg her not to consider resigning over the controversy and express their admiration for her efforts in leading the state.

Many, including Fordham, told her she was the best premier the state had elected in a long time.

‘I think we’d be mad to sacrifice the best premier we’ve had in so long over something like this,’ Fordham said.

She has promised not to quit politics, but on Sunday admitted she had ‘given up on love indefinitely’ after her romance with Mr Maguire was revealed.

‘I can’t see [love] happening again. I’ve given up,’ she told Kyle and Jackie O on Monday morning.

‘I don’t wish that on anybody. When you have big trauma in your life you don’t have to tell the whole world, but that’s what I had to do and what was expected of me.

‘I’m lucky people of the state know who I am and know that I’ve always worked my guts out for them… What we’ve all been through as a state, people have got to know me and I think that’s why they have been quite forgiving of my circumstances.’ 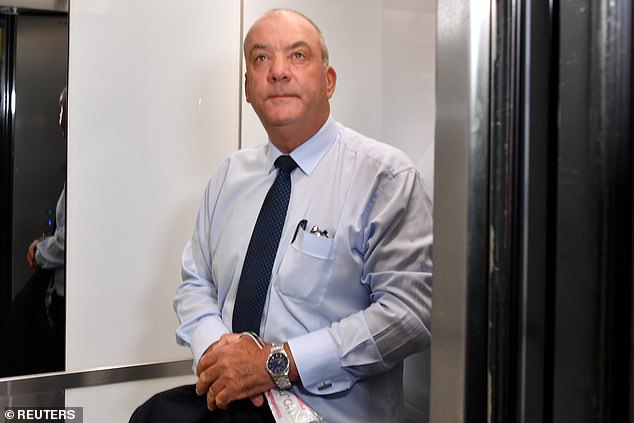 Testifying on Friday, Mr Maguire said he instructed his electoral staff to delete all his records that may have been incriminating after his appearance at a 2018 ICAC inquiry that forced his resignation as member for Wagga Wagga