EXCLUSIVE: Gina Rinehart’s eldest daughter Bianca unleashes on her youngest sister – accusing her of secretly doing the ‘bidding’ of their mother in feud over $5 billion trust 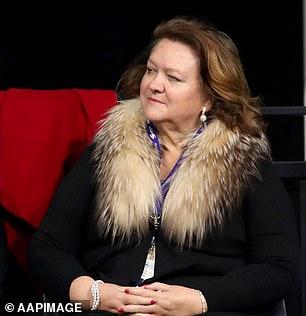 Gina Rinehart’s eldest daughter has taken a shot at her younger sister, suggesting that she could be secretly doing her billionaire mother’s ‘bidding’ in court.

Mining magnate Mrs Rinehart and her four adult children, Bianca, John, Hope and Ginia, have been locked in a feud over a $5 billion trust fund since 2011.

And now tensions within the ultra-rich clan have again broken out into the open – just days after Mrs Rinehart was once more crowned Australia’s richest person. 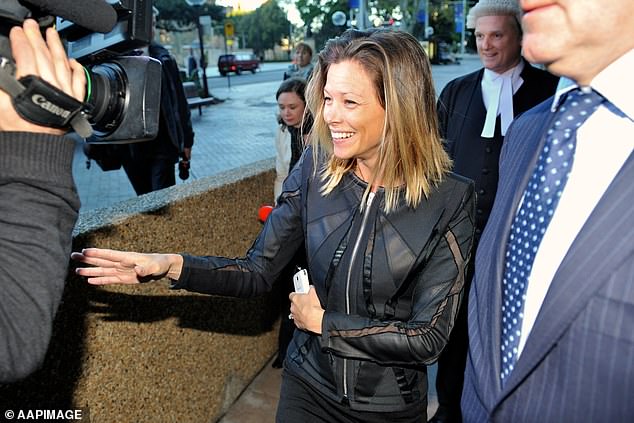 At odds: Bianca Rinehart, above, is Gina Rinehart’s eldest daughter. She was appointed the trustee of the siblings’ $5 billion trust five years ago 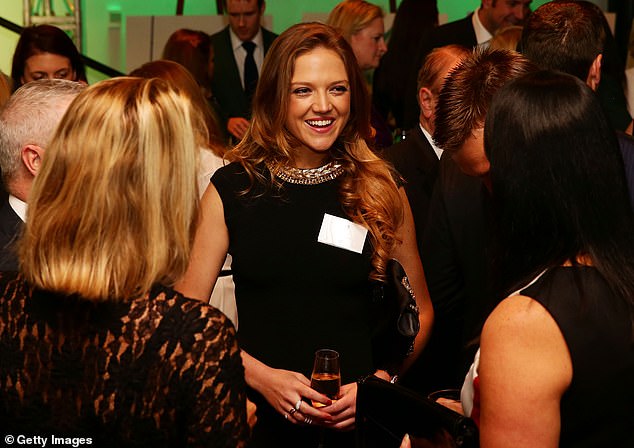 Gina’s youngest daughter, Ginia, has been described as her mother’s chosen successor as controller of Hancock Prospecting in the past. Bianca’s lawyers took aim at Ginia in court

The four Rinehart siblings each have a quarter share in the multi-billion dollar Hope Margaret Hancock Trust that was set up by their late grandfather, Lang.

Bianca replaced her mother as trustee in 2015 and recently asked a judge to allow her to appeal a case against Mrs Rinehart on behalf of the trust.

But the court heard Ginia had an issue with that – saying if an appeal went ahead, the siblings’ trust should be represented by lawyers independent of Bianca.

That sparked a furious response from Bianca’s lawyers, who suggested Ginia ‘might be doing Mrs Rinehart’s bidding’.

Ginia was described in court as financially dependent on her mum and was Mrs Rinehart’s ‘chosen successor’ in running the family business, Hancock Prospecting Pty Ltd.

Meanwhile, Bianca was appointed trustee by a judge in 2015 in order ‘to stand up to Mrs Rinehart in the interests of the trust’, the court decision said.

Bianca’s lawyers said she ‘continues to be concerned that Ginia (and Hope, who also apparently reconciled with her mother) … are in league with Mrs Rinehart.’

Bianca’s lawyers argued that had should be taken into account by the court when considering Ginia and Hope’s appeal. 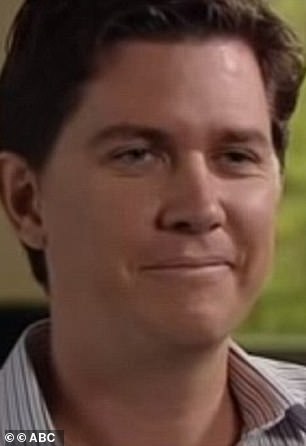 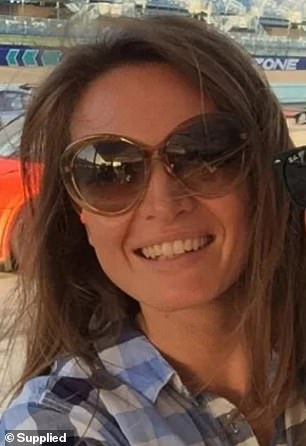 The rest of the family: Gina Rinehart’s son, John Hancock, supported his sister Bianca’s appeal bid. Her other younger sister, Hope Welker, ‘went silent’ over it, the court decision said

But Ginia’s lawyers fired back that ‘there is no direct evidence of any collusion’ by the siblings and Mrs Rinehart. And Justice Guy Parker said they were correct.

‘I am not satisfied that Ginia is acting otherwise than in good faith,’ the judge said.

‘It hardly needs to be said that Bianca has no greater interest in the Trust than Ginia does.

‘I see no reason to discount the submissions made on her behalf.’

Justice Parker refused to sign off on Bianca’s proposed appeal, meaning the matter with her mother will go to private arbitration.

The judge noted that Mrs Rinehart ‘clearly thinks that her interests would be best served by a private arbitration of the dispute’, which concerns a compensation claim.

Mrs Rinehart wasn’t a party to the decision last week and her representatives declined to comment.

Battle over billions: The war within the Rinehart family

Gina’s father, Lang Hancock, established a trust for her children in 1988. The Hope Margaret Hancock Trust was for the four kids’ ‘education and advancement’.

Gina took over as trustee upon Lang’s death in March 1992.

The trust was supposed to ‘vest’ (or end) on September 6, 2011, when her youngest daughter Ginia turned 25.

Three days before that was meant to happen, Mrs Rinehart sent each of her children a letter, a court heard.

The letter claimed that she had received financial advice that the trust vesting would have severe Capital Gains Tax implications and bankrupt the children.

However, in 2015, Justice Paul Brereton ruled that Mrs Rinehart and her chief financial officer actually had received ‘no such advice about Capital Gains Tax’ – although it wasn’t entirely unequivocal.

Mrs Rinehart resigned from her role as the head of the trust in 2015 just days prior to a court hearing. Bianca was appointed in her place.

But litigation has continued ever since – a summary of a recent court decision describing the recent decision as just the ‘latest instalment’ of a long-running dispute.