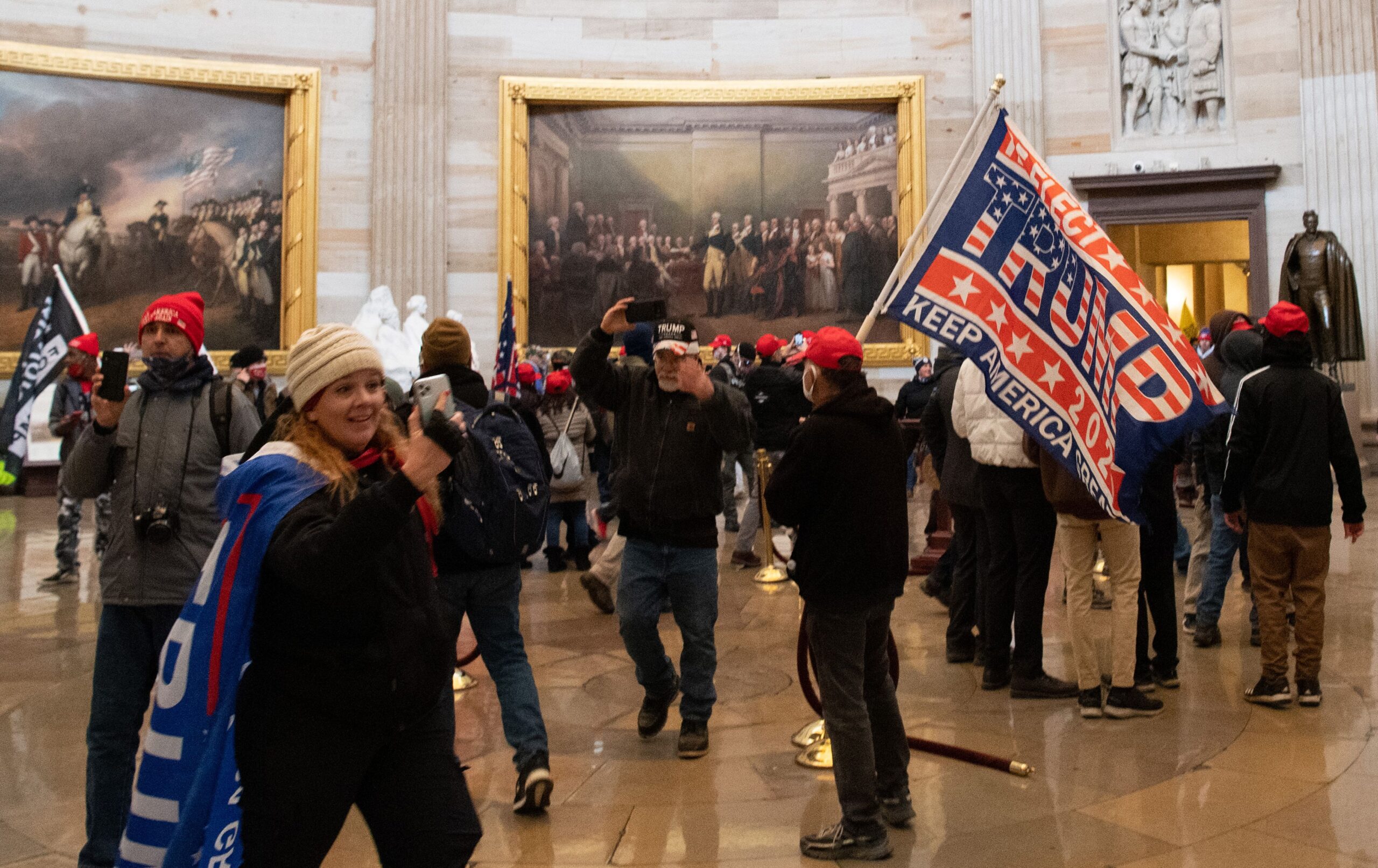 A new video has emerged from the invasion of the U.S. Capitol, and it appears to show rioters coming up with a plan for storming through the building.

The video shows a group of people inside the building while a man was heard asking his cohorts “what’s the floor plan?” As the group strategized their next move, a woman with a megaphone consulted them through a broken window and gave them instructions for how to force their way through.

“We should probably coordinate together if you’re going to take this building,” she said.

The attack on the Capitol was coordinated and planned.

Here are the insurrectionists talking about the plan, including detailed schematics of the Capitol building.

The video’s emergence comes as the FBI and the Department of Justice continue to investigate the storming of the Capitol, with more than 100 open cases for felony charges of sedition and conspiracy. Several of the rioters have been arrested already and Trump is set to be impeached for incitement of insurrection.

The attack on the Capitol has also raised questions about who might be culpable for inciting the crowd and helping set up the rally that turned into an insurgency. Two Capitol Police officers were suspended for their actions during the riot, and Congresswoman Mikie Sherrill (D-NJ) has claimed that the day before it happened, she saw her Congressional colleagues leading people through the Capitol Building in what she described as “reconnaissance” tours.