The UK coronavirus mutant strain may have slipped into New South Wales from returned travellers who have already quarantined in Queensland, health bosses fear.

Contact tracers have been working tirelessly overnight to speak with returned travellers who were quarantined in the Brisbane hotel where a cleaner tested positive to the UK mutant strain of coronavirus.

The scramble comes as the hotel was shut for deep cleaning after six people – four quarantining guests, a cleaner and her partner – contracted the highly contagious UK strain of coronavirus.

Anyone in NSW who had been at the Hotel Grand Chancellor in Brisbane since December 30, either as a returned traveller or staff, must get tested and isolate for 14 days after they were last there.

Premier Gladys Berejiklian begged locals to go into immediate isolation if they had been at the hotel, and urged people to pressure friends and family to do the same. 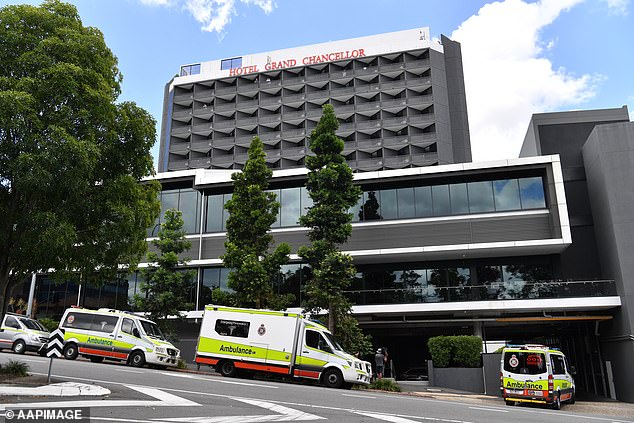 ‘If anybody does know of a friend or relative who was there please make sure they have had the test and are isolating for 14 days,’ she told Today on Thursday.

‘I have every confidence we will capture every person in that situation.’

The premier said it was important to note that Australia would not be able to stop the UK strain from entering our shores as it is now in more than 30 countries.

‘A lot of those countries have Australians waiting to come home,’ she said.

‘This virus strain is in all likelihood likely to become one of the dominant strains.

‘That’s why I’m strongly supportive of the fact that NSW is halving welcoming people home in the next month. We are going from 3,000 a week to 1,500 a week to give ourselves a chance to understand what the new strains are doing.’

Health authorities in Victoria have issued the same alert while also applying it to anyone who has arrived in the state from the Greater Brisbane, Moreton Bay, Redlands, Logan and Ipswich local government areas since December 30. 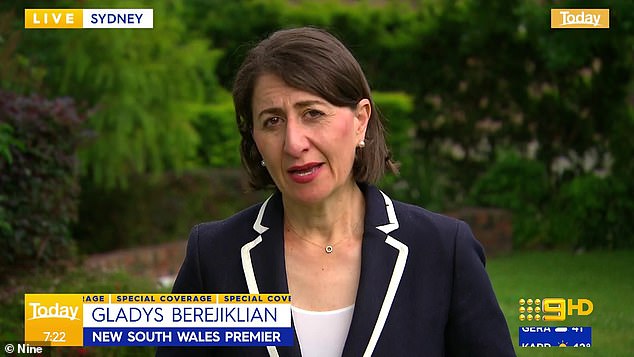 The highly infectious mutant strain of Covid now has 27 variations after it was first identified in Kent County, England, on September 21.

It now represents more than 50 per cent of new cases diagnosed between October and Dec, making it the most common strain of Covid in England presently.

The deadly strain is believed to be more contagious and affects children worse than the original, prompting the government to plunge England back into its third nationwide lockdown.

The new variant is between 50 per cent and 74 per cent more contagious than the last, but is not necessarily any more deadly.

NSW Health said residents who stayed at the hotel must remain in isolation for the full two weeks regardless of their test results.

This is because people who test positive to the more contagious strain can still be infectious beyond the two week period.

‘We are finding that with these more contagious strains on the 14th day some people are still too contagious to be allowed out into the community,’ Ms Berejiklian said.

‘As long as we are able to contain the virus in quarantine we have been doing our jobs as best we can.’

NSW Health said the Queensland Government advised them that guests who were at the hotel have since returned to NSW.

‘NSW Health is working with Queensland Health to identify these people so our contact tracers can provide public health advice and updated information as it becomes available,’ a statement read.

Victorian health authorities are also imploring released travellers from the hotel to self-isolate and get tested.

Late on Wednesday, Victoria’s health department told anyone in Victoria who has completed mandatory hotel quarantine at the hotel since December 30 to get tested and quarantine at home until they receive a negative result.

‘The Local Government Areas of Greater Brisbane, Moreton Bay, Redlands, Logan, Ipswich will continue to remain in the in the red zone and travel to Victoria will not be permitted without an exemption, exception or permitted worker permit,’ Victoria’s Department of Health and Human services added in a statement. 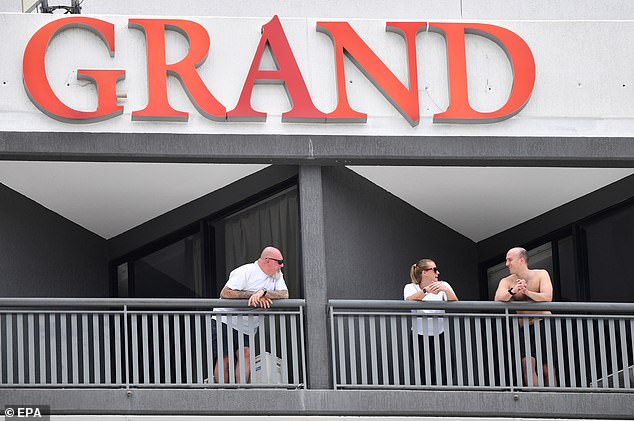 On Wednesday it was announced that all 129 guests at the Hotel Grand Chancellor would be moved to restart their 14-day isolation.

The urgent response was initiated after genomic sequencing of six previously identified COVID-19 cases indicated they were linked.

‘The genomic sequencing suggests there is a common source of the virus for all six of these patients,’ Chief Health Officer Jeannette Young said.

The 226 people who worked at the hotel and 250 who have quarantined there since December 30 will also be isolated and tested.

‘There is no evidence at this stage that the hotel or any of its staff have done anything wrong,’ Dr Young said.

‘It’s important we understand the link, it’s a mystery we need to solve.’

The investigation into how the virus breached quarantine protocols is being led by Queensland Police.

A number of actions have been taken at the hotel since a cleaner tested positive to the UK strain on January 6.

No guests have entered since January 7, a review of infection control measures occurred on January 8, and there have been increased cleaning measures including a deep clean of communal areas on January 12.

Anyone who has been to the following locations – regardless of whether they have symptoms or not – should get tested and isolate until they receive their result.

Saturday January 2: Train from Altandi to Roma Street at 7am

Sunday January 3: Woolworths Calamvale North from 11am to noon

Tuesday January 5: Coles Sunnybank Hills from 7.30am to 8am

Tuesday January 5: Nextra newsagent at Sunnybank Hills Shoppingtown from 8am to 8.15am

Anyone who had been at the Hotel Grand Chancellor in Brisbane since December 30, either as a returned traveller or staff, must get tested and isolate for 14 days after they were last there 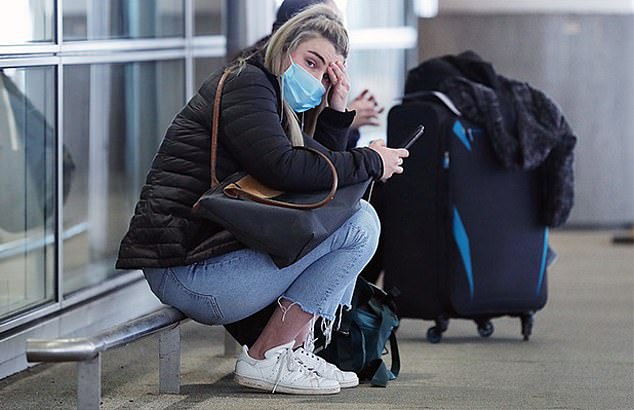 NSW Health said the Queensland Government advised them that guests who were at the hotel have since returned to NSW. ‘NSW Health is working with Queensland Health to identify these people so our contact tracers can provide public health advice and updated information as it becomes available,’ a statement read. A woman is seen in a face mask