‘Proud Boys member’, 40, is arrested during FBI raid in Queens after ‘trying to organize an armed caravan to Washington, D.C.’ following deadly riots

A New York City man has been arrested by federal agents after allegedly posting online threats of another violent plot against the US Capitol in the wake of last week’s deadly siege.

Eduard Florea, 40, was taken into custody on Tuesday after the FBI’s Joint Terrorism Task Force descended on his home on Elliot Avenue and 76th Street in Middle Village, Queens.

Authorities say Florea, who has been reported to have ties to white supremacist group Proud Boys, is not believed to have taken part in last Wednesday’s insurrection, but had allegedly discussed plans for further unrest on social media. 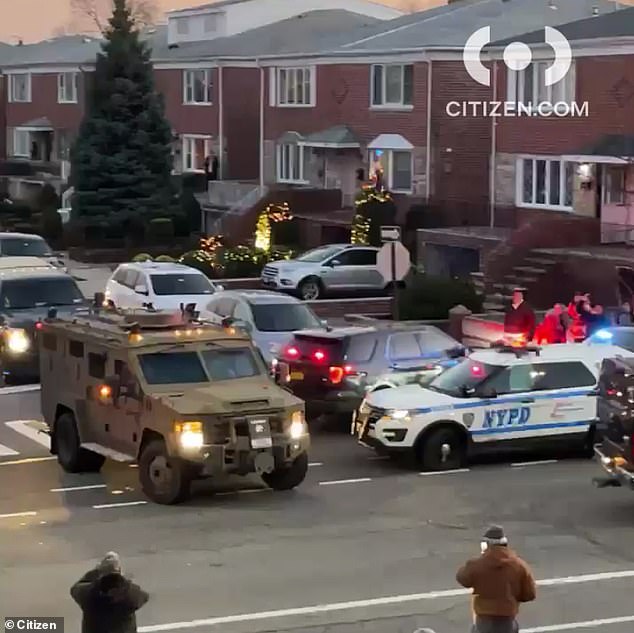 FBI agents and the NYPD were seen on Elliot Avenue and 76th Street in Middle Village, Queens on Tuesday as they descended on Eduard Florea’s home 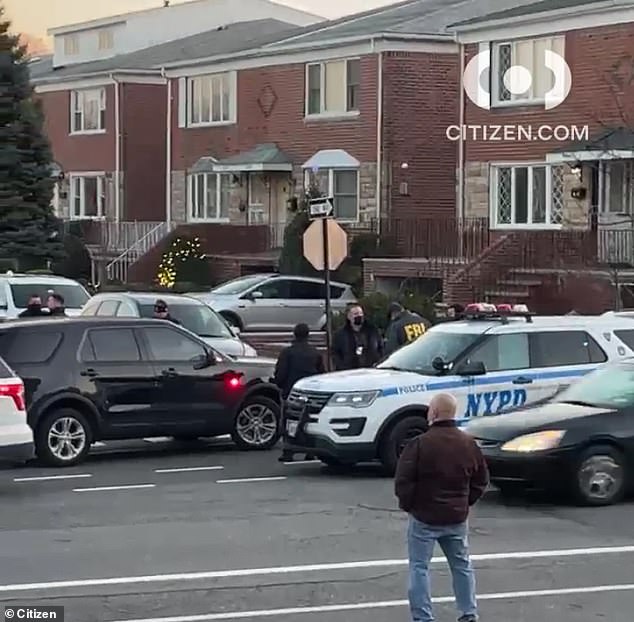 Florea (not pictured) is accused of sharing posts online saying he wanted to travel to Washington, D.C. with a group of armed protesters following the deadly Capitol riots

His arrest comes amid a crackdown by federal and local law enforcement agencies that have vowed to prosecute anyone involved in the violent mob or other plans to disrupt Joe Biden’s inauguration next week.

Florea is accused of sharing posts online saying he wanted to travel to Washington, D.C. with a group of armed protesters, CBS New York reported.

It is unclear where exactly he had posted the threats or whether he had managed to recruit participants for the alleged trip.

Florea was charged as a convicted felon in possession of ammunition, according to the news station.

Records show the man had threatened to kill others in the past and had been convicted on a weapons charge in Staten Island in 2014, law enforcement sources said.

Witnesses told the news station Florea surrendered peacefully to federal authorities and was placed into an armored FBI vehicle. 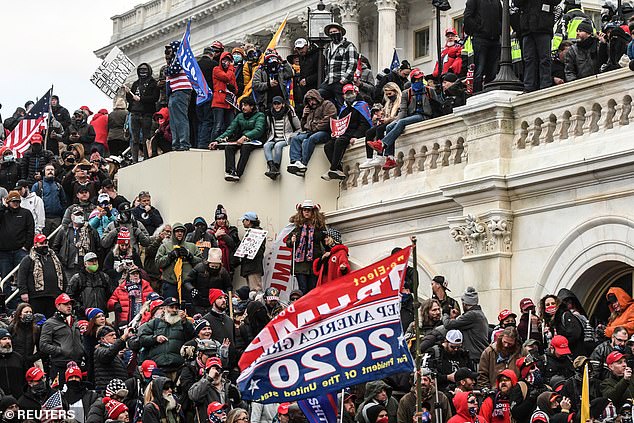 Five people, including one police officer, were killed on Wednesday after an angry mob of Trump supporters stormed the US Capitol (pictured) to protest Joe Biden’s election victory 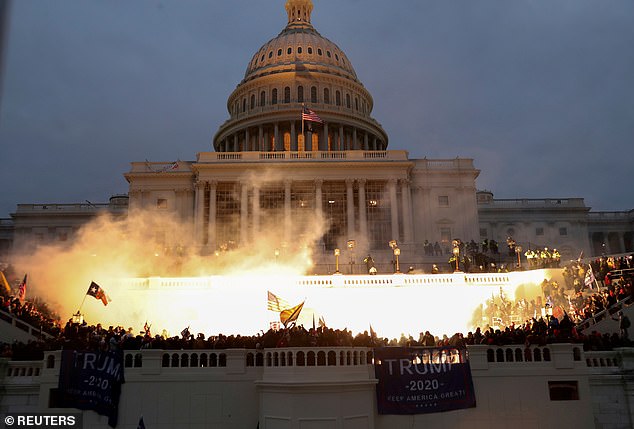 Photos of the scene obtained by CBS showed Florea with his hands in the air after being confronted by feds on the residential street in broad daylight.

‘They took him out, his wife, two children and we saw weapons come out and some laptops,’ neighbor Larry Gianbalvo told the news outlet.

‘I’m not a weapons expert. They weren’t small. They were fairly big.’

Neighbors described Florea as a ‘loner’ and a ‘big tech guy’ who worked with computers.

‘He was a quiet guy,’ neighbor Jackelyn told the New York Daily News. ‘Didn’t socialize much, always stayed to himself.’

Florea is expected to be arraigned in Brooklyn Federal Court later Wednesday. 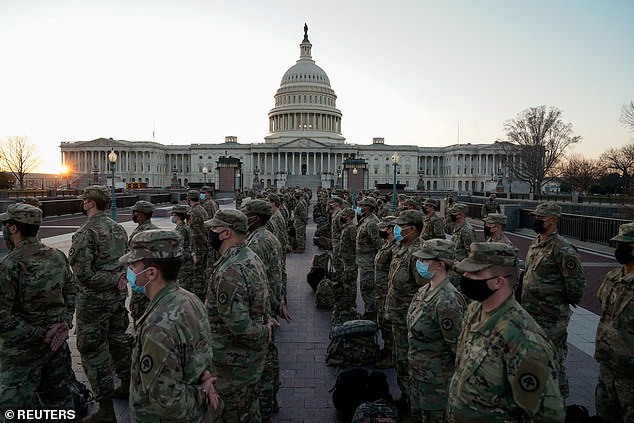 The Secret Service, FBI and the National Guard are among 50 agencies and private companies that have formed a ‘Multi-Agency Command Center (MACC)’ to fortify Washington, D.C. ahead of next week’s inauguration of President-elect Joe Biden