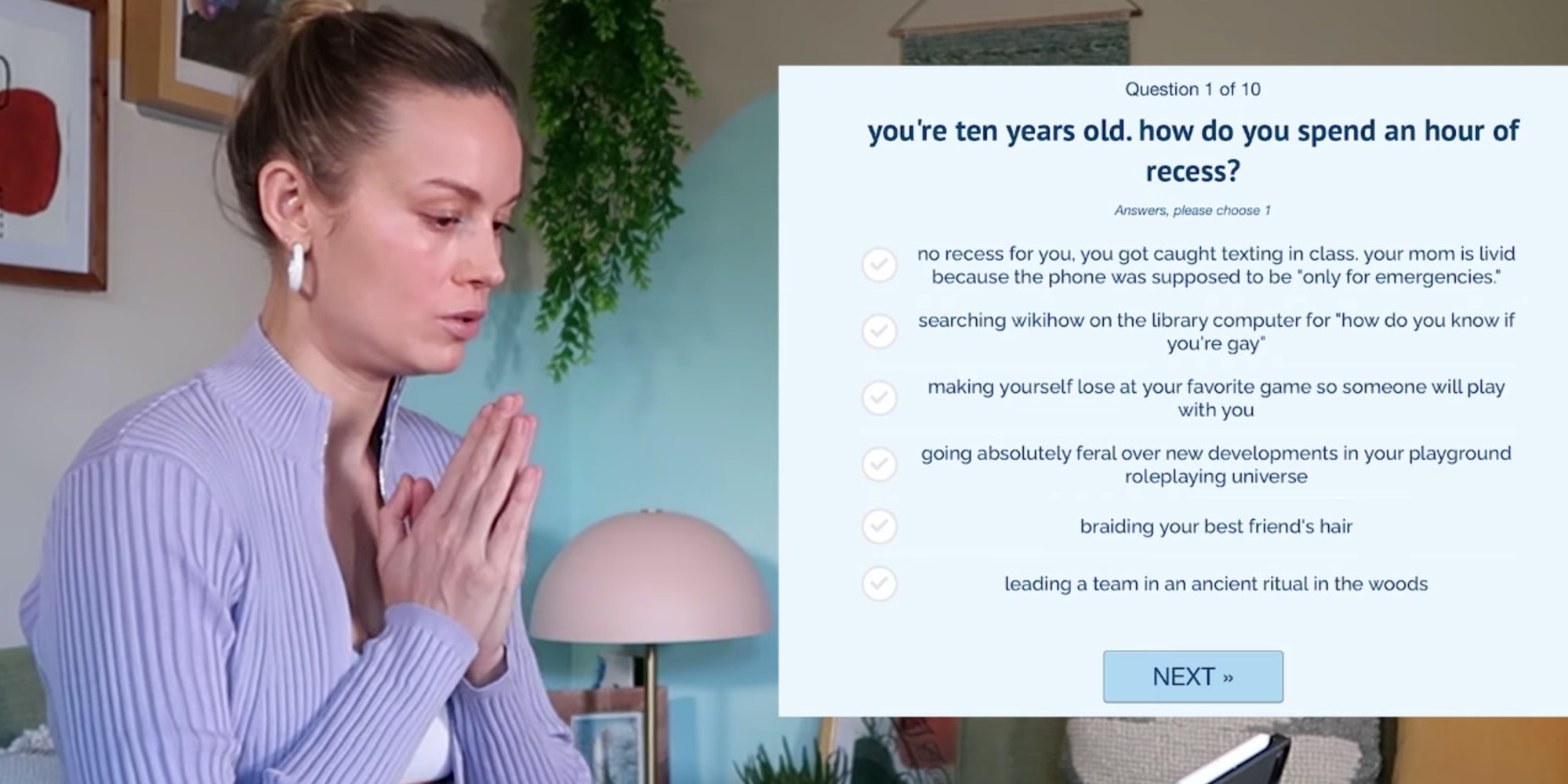 Brie Larson sent fans into a frenzy on Thursday afternoon with her latest YouTube video.

The Marvel actress and YouTube extraordinaire was taking a series of online quizzes about herself, one which is titled “Which lesser known Brie Larson character are you?”

She was responding to the question “You’re ten years old, how do you spend an hour of recess?” when she answered, “I’d probably be on the computer library researching ‘how do I know if I’m gay?”

A clip featuring that part of the video has been circulating on Twitter, leading the actress to become a trending topic on Thursday afternoon.

While Larson hasn’t officially said or confirmed anything about her identity or sexuality, fans seem to think the 31-year-old is dropping not-so-subtle hints that she’s gay. “I’m actually unhinged right now did this b*tch really just throw that baby gay comment in there thinking we wouldn’t completely unpack it on the time line??? brie larson did you just come out YES OR NO,” one fan said.

“Brie Larson is a sapphic a win for the gays,” another said.

After completing the quiz, Larson got Monica Martello from Don Jon, and she shared a “fun fact” about the 2013 film. “I forgot my character was named Monica,” she says.

She ended her video by saying that she “learned very little today.”

The post Fans think Brie Larson is dropping hints that she’s gay on YouTube appeared first on The Daily Dot.