An ex-Comanchero bikie has showed off the five bullet holes in his body as he vows to turn his back on crime for his family.

Vince Focarelli survived six assassination attempts during his life as a gangster but says it was the 2012 murder of his stepson Giovanni Focarelli, 22, in Adelaide that forced him to reassess his life choices.

In a video interview with KiniTV Focarelli said leaving a life of crime could be difficult as it often leads to making ‘easy money’ as he showed off the wounds to his back, ribs, upper leg and temple.

He said: ‘I was shooting at people, I was getting shot, selling drugs, drinking alcohol, these are not things that you can easily get away from. 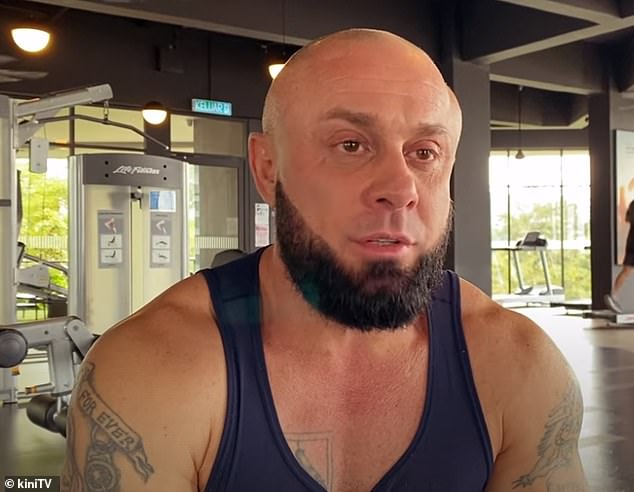 He turned to Islam while in jail, shortly after his stepson’s murder, and said the religion helped him turn his life around.

Focarelli and his wife opened a restaurant in Adelaide in 2016, named La’Fig ­Cucin, and used their position to help feed the homeless and less fortunate.

The pair created a Tuesday night soup kitchen and had grateful people packing in for a feed.

But in 2017 he learned he would likely be deported back to Italy because of his criminal history.

Instead of waiting for deportation Focarelli chose to move to Malaysia where he remains today.

He took his elderly mother with him but had to leave his wife and stepdaughter behind. 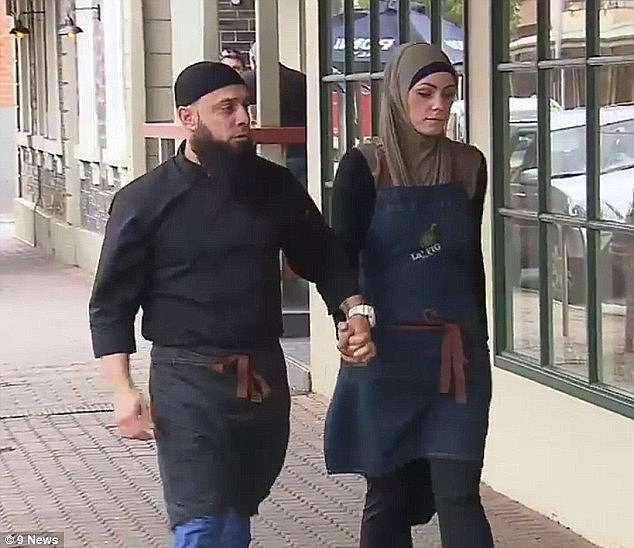 Focarelli and his wife (pictured together) opened a restaurant in Adelaide in 2016, named La’Fig ­Cucin, and used their position to help feed the homeless and less fortunate 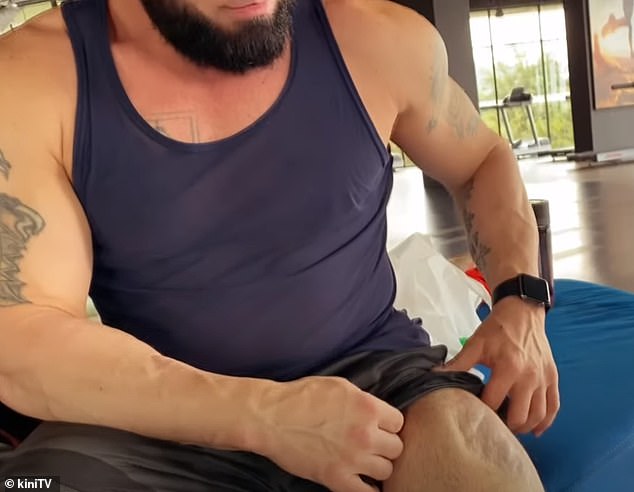 Focarelli showed off scars from the times he had been shot during his career as a bikie (pictured), but it was the last assassination attempt which claimed the life of his stepson that changed his life forever

The reformed bikie didn’t see his wife again until they celebrated Eid together in Malaysia last year.

He said she was forced to close their restaurant but they hoped they could open a new one in Kuala Lumpur someday.

Focarelli fell in love with the country almost immediately and said he was eager for his wife and stepdaughter to join him.

‘I have never experienced any culture as beautiful as this. I feel free and I sleep well at night,’ he said.

Once a man who’s life literally involved dodging bullets, Focarelli has now devoted himself to caring for his mother, who has stage-four cancer.

He said he would never turn back to a life of crime despite ‘knowing that world’ better than he knows his new world. 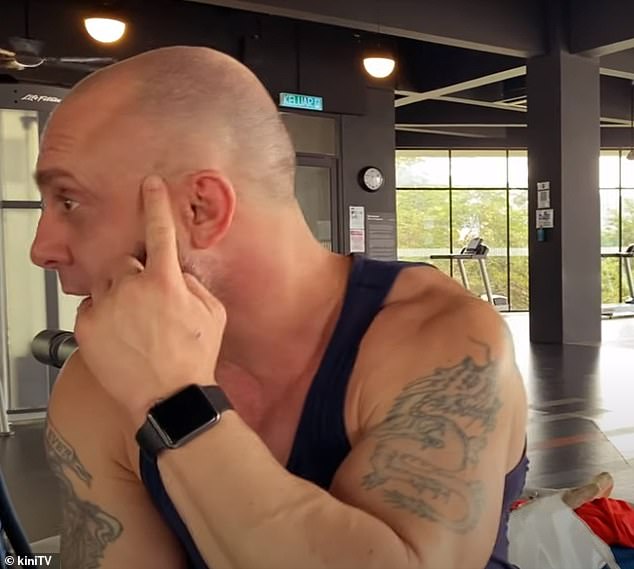 Focarelli (pictured) now lived in Malaysia and said he would never return to a life of crime, he would also like to have his wife and stepdaughter with him as soon as possible