A different kind of ‘blue wave’! Eric Trump hits the high seas for a MAGA boat parade in Miami as he tries to drum up support for his father ahead of Election Day

The only ‘blue wave’ Eric Trump is interested in is out on the water.

On Thursday, the President’s middle son took to the high seas for a pro-Trump flotilla rally off the coast of Miami.

Overcast weather failed to stop hundreds of MAGA fans from boarding their boats in a show of support for the Commander-in-chief, less than three weeks out from election day.

But while POTUS might be sinking in the polls, his 36-year-old son managed to safely stay afloat during the parade, kicking back on a vessel fitted out with more than a dozen Trump flags.

The father-of-two cut a relaxed figure as he cruised along with pals and waved to admirers on the shore. 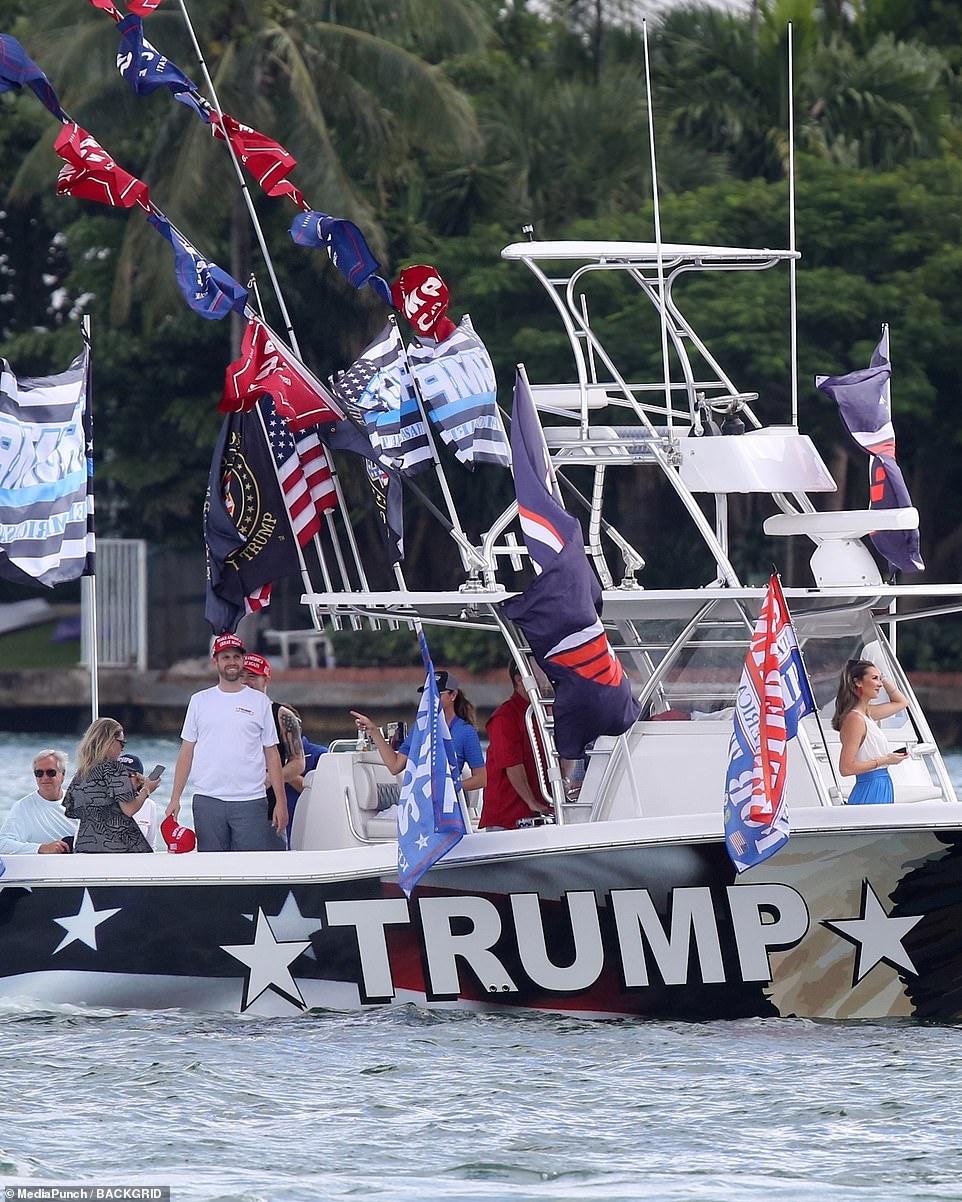 Eric Trump, 36, took to the high seas for a MAGA boat parade off the coast of Miami on Thursday 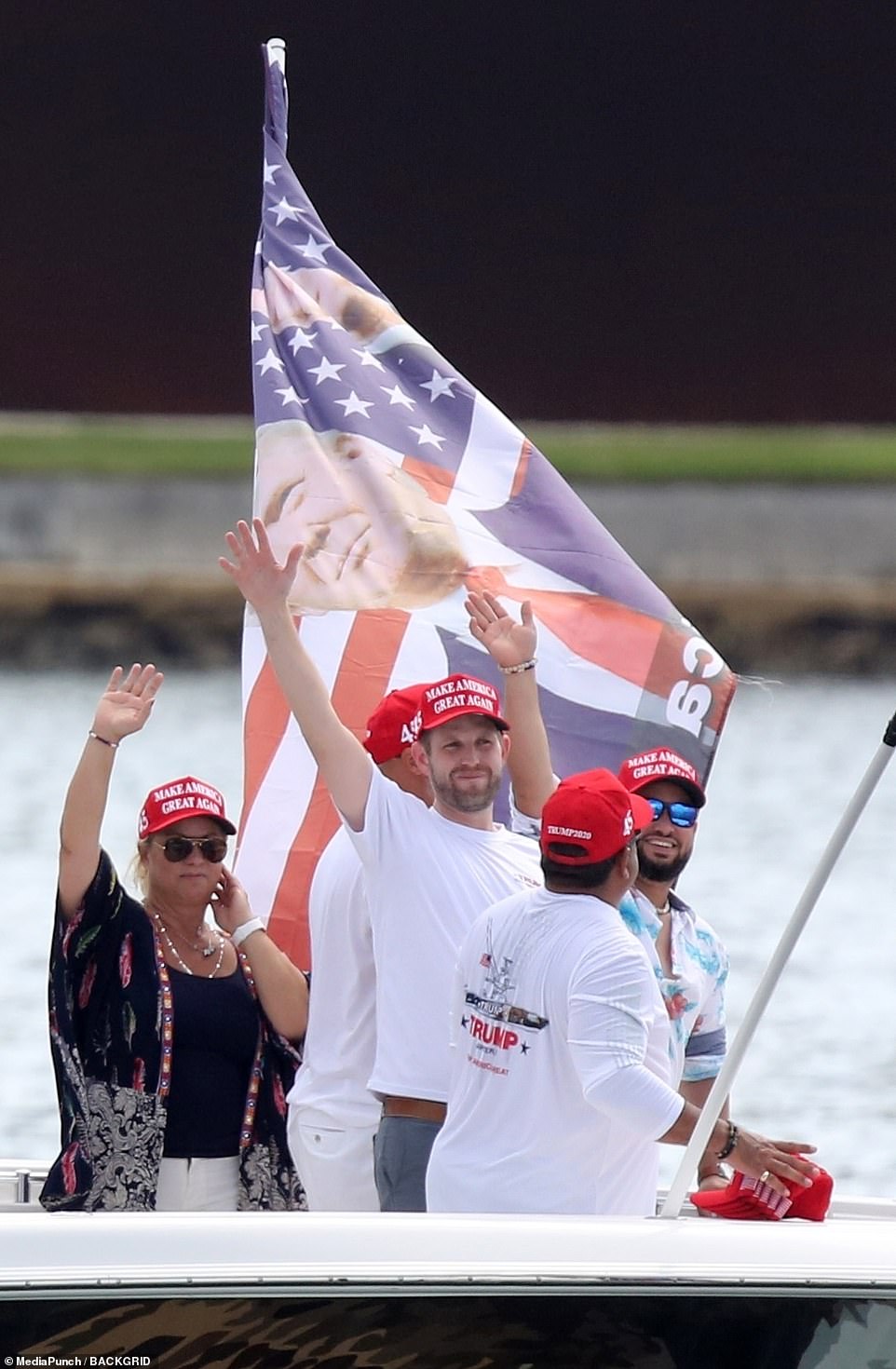 Floating along just fine! The father-of-two cut a relaxed figure despite the fact his father is sinking in the polls 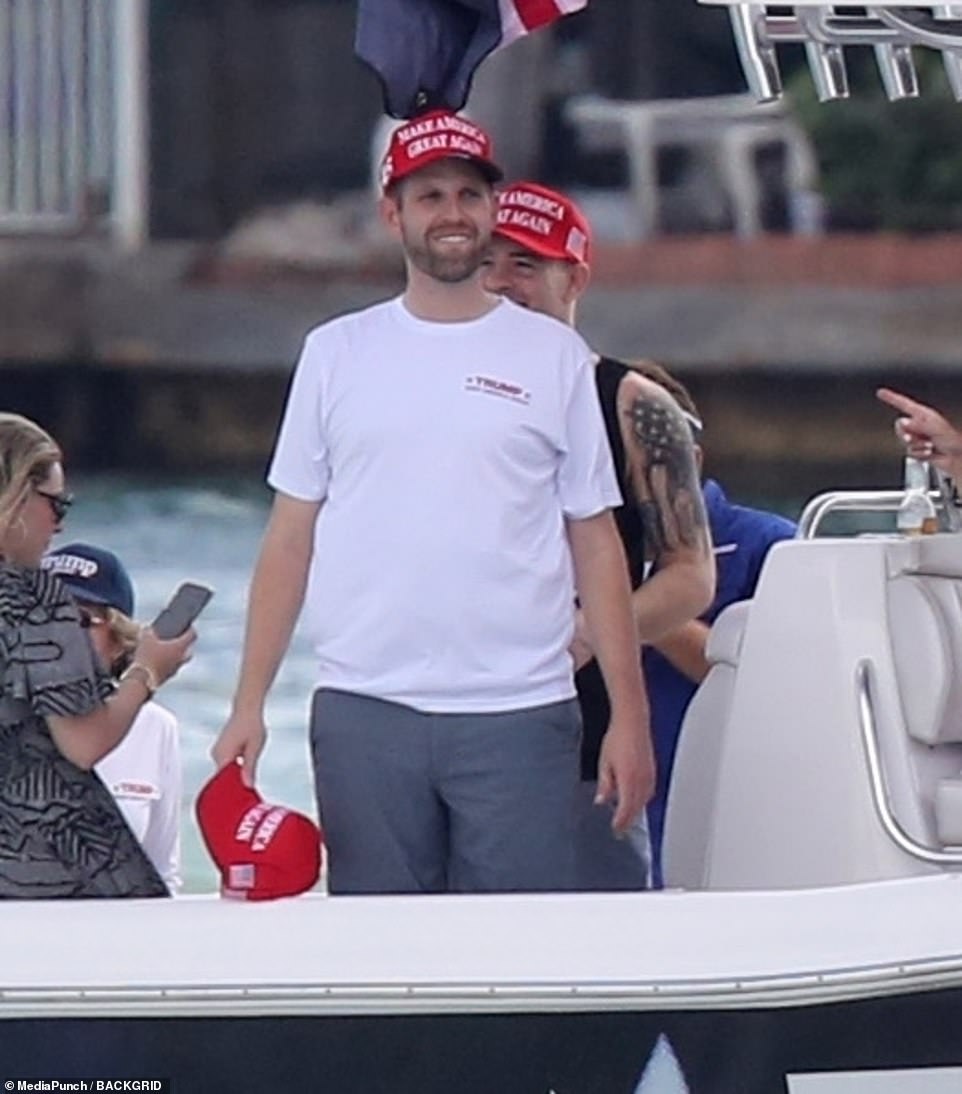 Going swimmingly: Eric seemed to be in high spirits as his vessel cruised along the coast

Eric donned a red Make America Great Again cap as he stood in front a Blue Lives Matter flag as it flapped in the breeze.

The banner was emblazoned with the word ‘Trump’ and the phrase ‘Keep America Safe’.

Members of the Trump clan have been spending significant amounts of time in Florida – which is considered a significant swing state.

Ivanka Trump campaigned on behalf of the President in the state this week, while Tiffany celebrated her 27th birthday in Miami on Tuesday.

Eric’s visit the Sunshine State coincided with his father’s town hall event, which was held in Miami later the same evening. 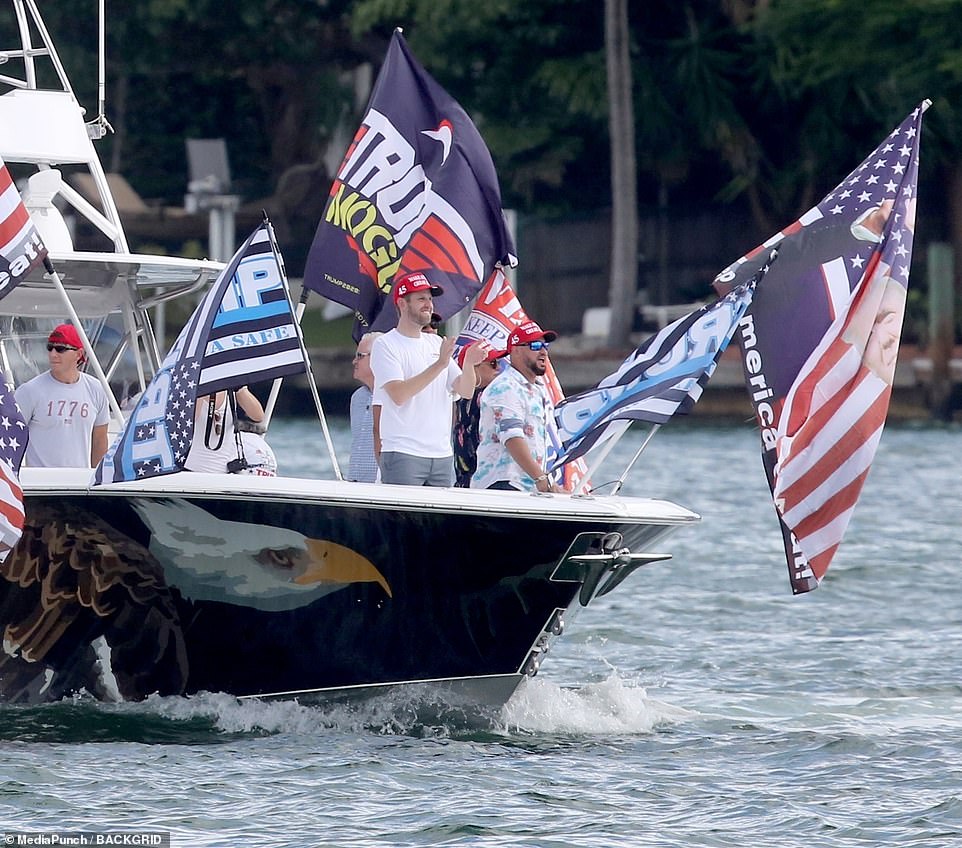 Dad’s day out: Eric appeared to go without his wife, Lara, and their two children 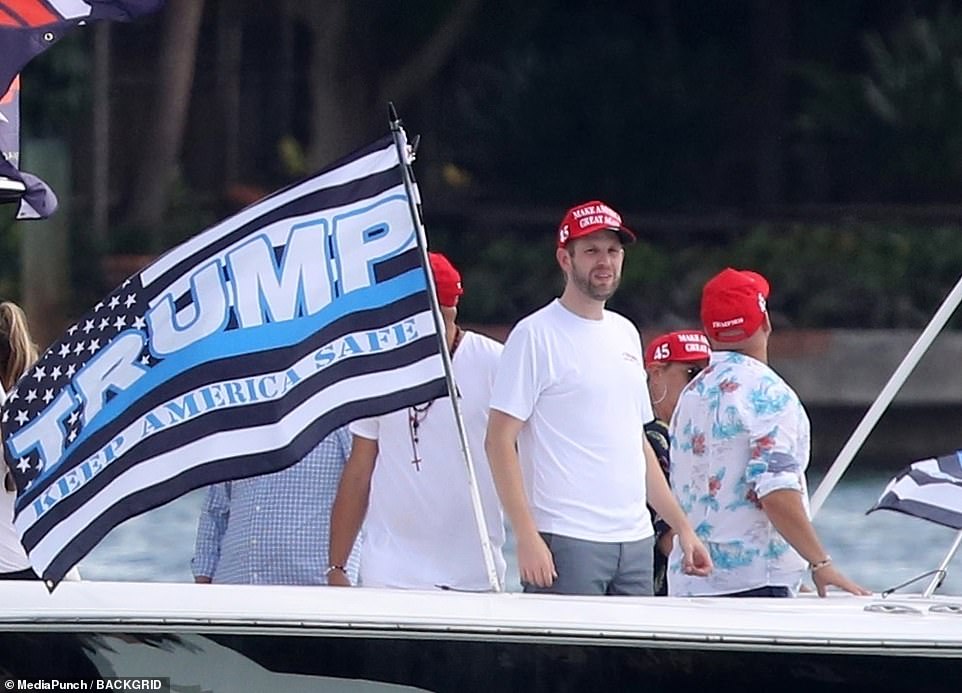 Law and Order: Eric donned a red Make America Great Again cap as he stood in front a Blue Lives Matter flag as it flapped in the breeze 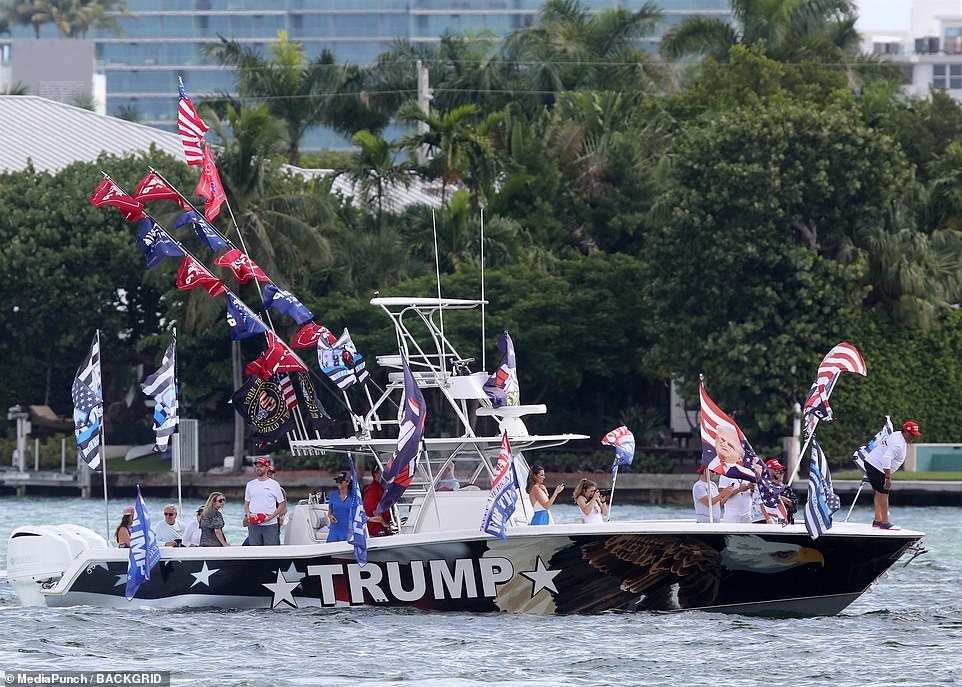 Making a splash! The eye-catching vessel was sure to trigger some onlookers as it sailed closure to shore 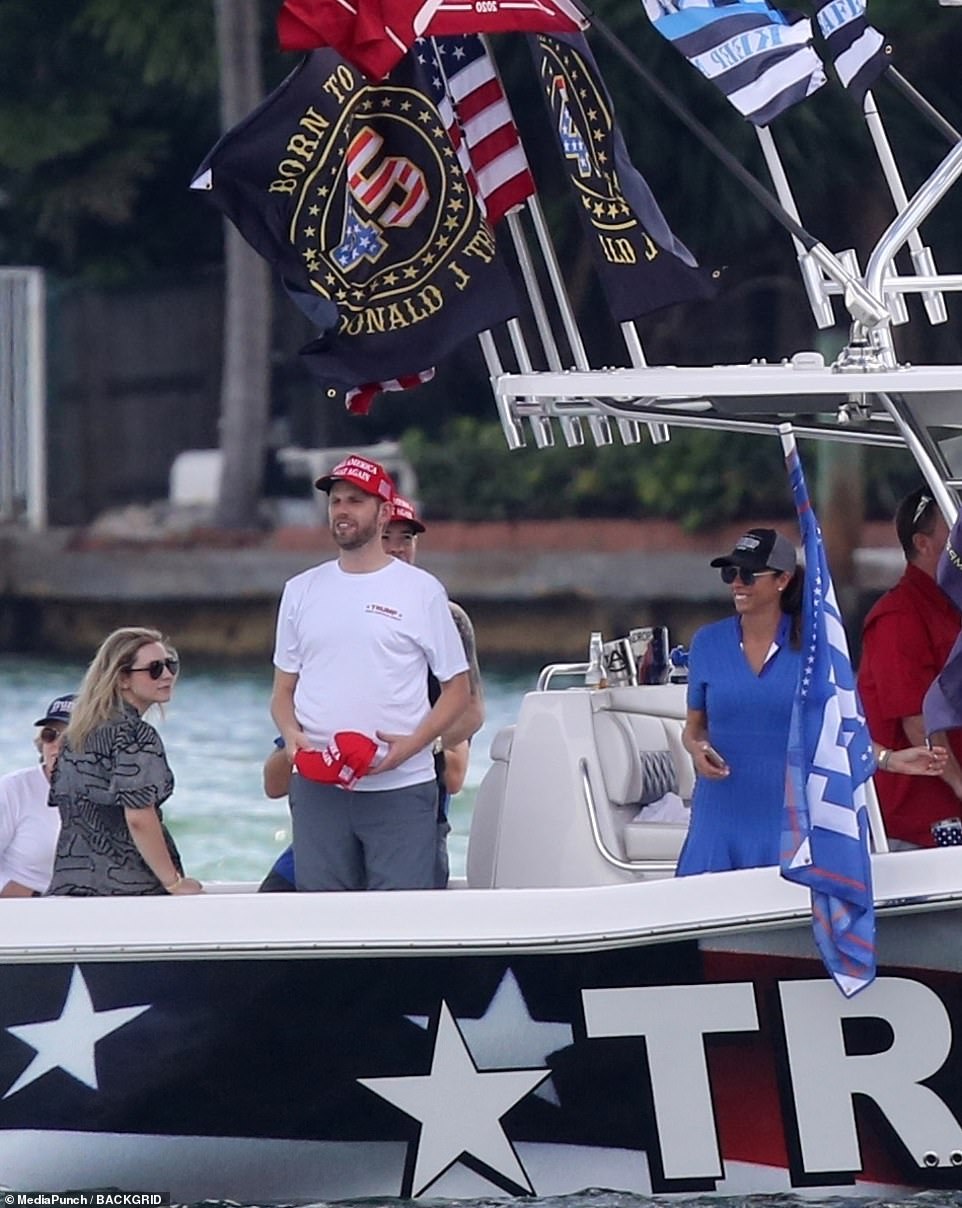 Contested territory: Eric’s visit to Florida coincided with his father’s town hall event, which was held in the same state later that evening

During that event, which was broadcast on NBC, President Trump was grilled by Today co-host Savannah Guthrie about his coronavirus response and his past remarks about QAnon and the Proud Boys.

Several critics accused Guthrie of bias, claiming that her approach was overly aggressive – particularly in comparison to the ‘softball questions’ lobbed at Democrat Joe Biden during a competing town hall broadcast on ABC.

On Friday, Trump brushed off the drama, calling Guthrie ‘crazy’ as he continued his campaign in Florida.

‘I had a lot of fun last night with that. That was a nice evening. Had a nice, pleasurable evening as I had somebody going totally crazy last night,’ he stated.

‘I understand it worked out very well last night that’s what the word is I suppose. Another evening in paradise, I call it.’ 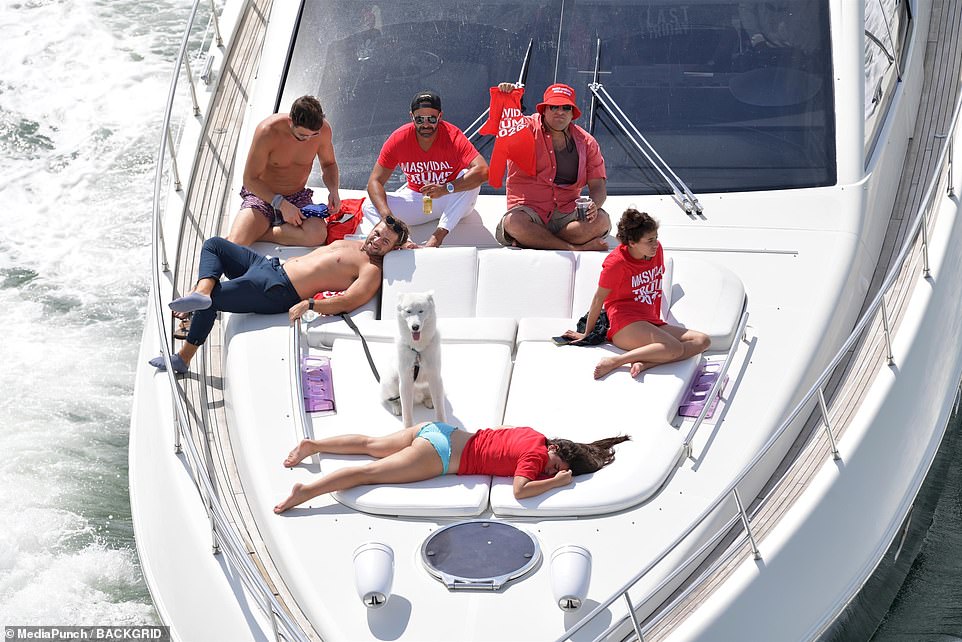 Hundreds of MAGA fans took part in the boat parade on Thursday; Florida is considered up for grabs in the upcoming election 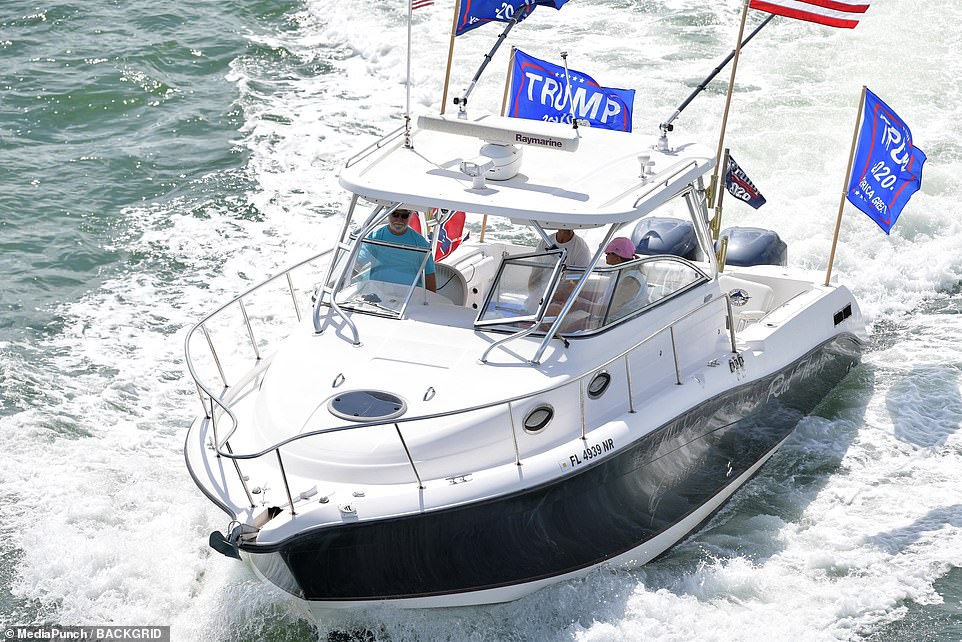 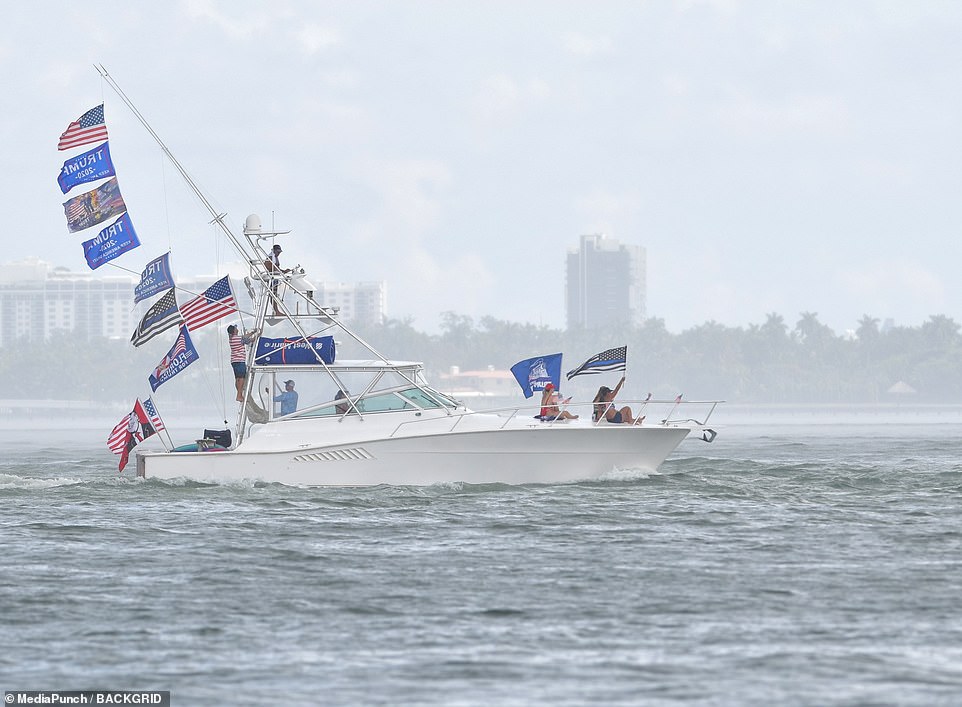 Overcast weather was unable to dampen crowd numbers, with reports saying ‘hundreds’ of boats participated in the flotilla 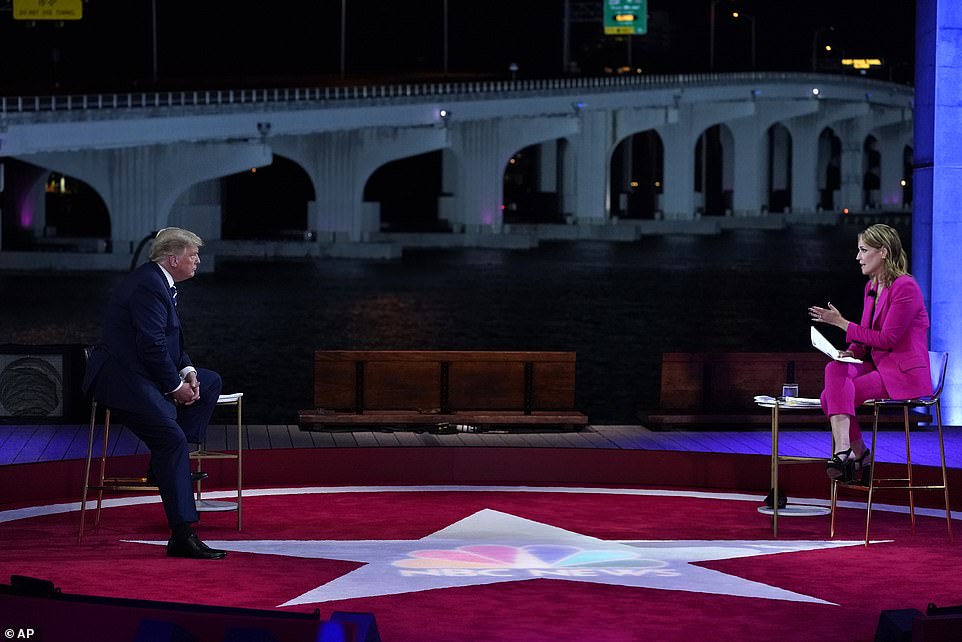 Coming off a combative town hall of his own with NBC’s Savannah Guthrie (pictured above), President Trump spent Friday morning in a tweet storm firing of some 30 tweets