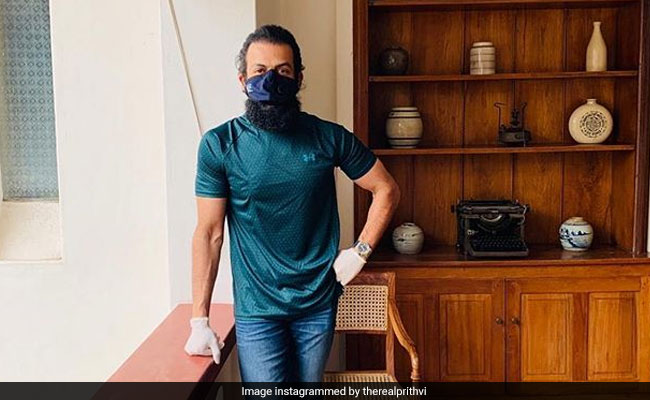 Actor Prithviraj Sukumaran marked Day 7 of his quarantine period on May 29 – the actor landed in Kochi on May 22, after being stranded in Jordan for almost three months. In a post on Friday, Prithviraj revealed that he was under institutional quarantine at Kochi’s Old Harbour Hotel till Friday and will be under home quarantine for the next seven days. “My 7 days of institutional quarantine ends today. Now off to the next 7 days of home quarantine. A huge thanks to Old Harbour Hotel and its extremely well trained staff for the hospitality and care.” Prithviraj also shared a photo of himself wearing a mask.

However, the actor reminded his fans that going into home quarantine isn’t synonymous with getting back to normal and that necessary precautions are still to be taken. “PS – To all those who are going to or already in home quarantine, remember… going home doesn’t mean the end of your quarantine period. Do abide strictly by all quarantine regulations and make sure no person belonging to the high risk population group as stipulated by the authorities is at home.”

On Thursday, Prithviraj’s wife Supriya wrote on Instagram: “I miss seeing you! One more week to go I guess!” Prithviraj and Supriya, who got married in 2011, are parents to a daughter named Alankrita. Supriya had earlier written in a post that Prithviraj will only get to meet his family after his quarantine period is over: “Ally is thrilled her dada is back and hopes to see him after two weeks.”

On the day of his homecoming, the actor had posted this:

Prithviraj, along with a 58-member crew, was stuck in Jordan’s Wadi Rum desert. Prithviraj and the team had flown to the Arab country for the shooting schedule of his upcoming movie Aadujeevitham – permission to shoot in Jordan was revoked on March 27 because of the coronavirus outbreak. Prithviraj and his team flew back from Jordan as part of Vande Bharat Phase 2. The Indian Embassy in Jordan organised repatriation of 187 Indians from Jordan.